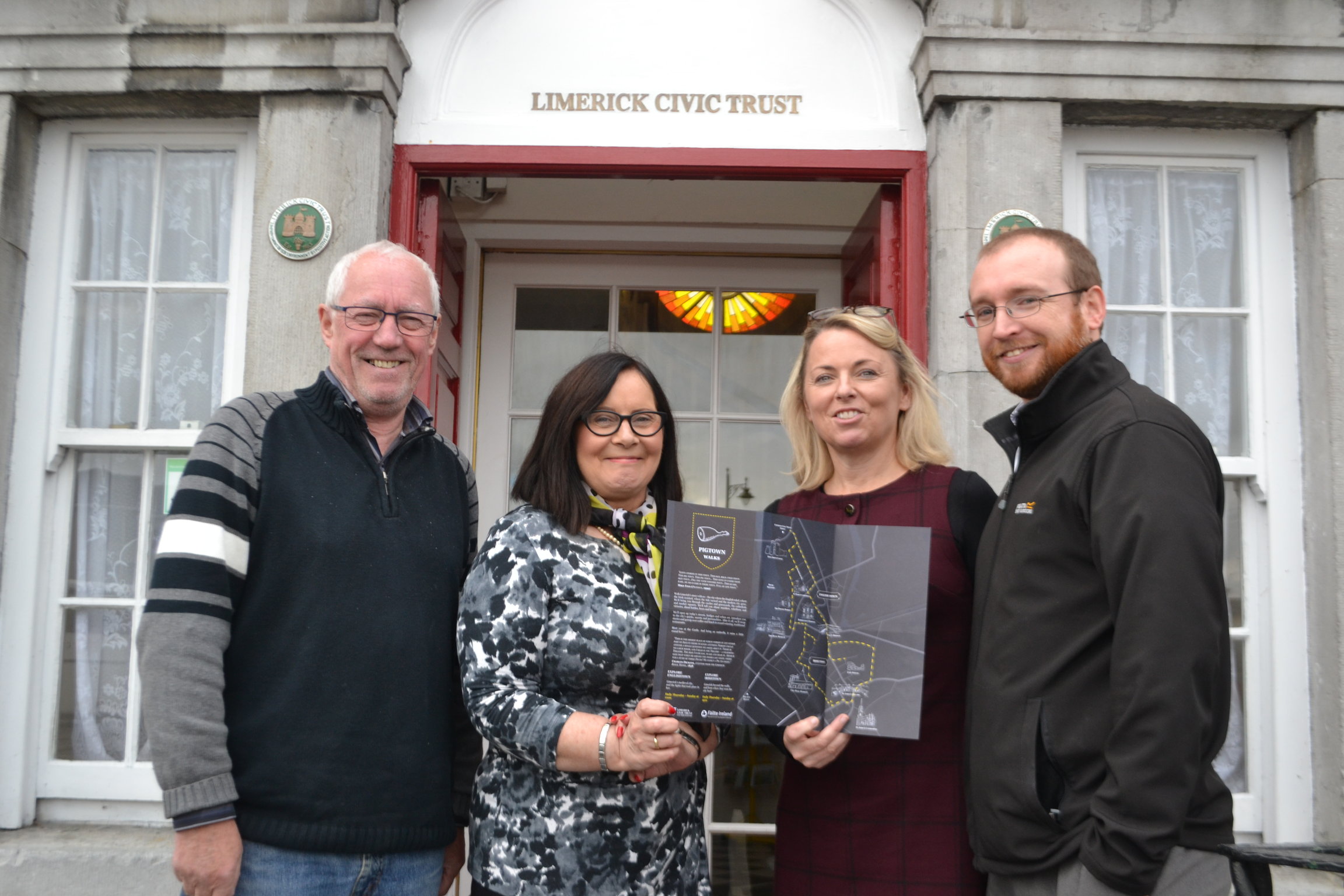 The Pigtown Walks will bring visitors through the castles and the graveyards, the cathedrals and market squares. Visitors will be told about murders, rebellions, victories, loves and loses. The tour will open up today’s street, bridges, and urban art; introduce you to the city’s quirks, secrets, and personalities.

Each walk takes about one and a half hours or two hours, which depends on how long the tour settles for coffee in the middle of the tour.

The Englishtown section of Limerick is the oldest section of medieval Limerick, built on King’s Island and surrounded by the Shannon and Abbey Rivers. The walls of Englishtown were built during the 12 and 13 centuries, and this area is steeped in history and many landmarks from the time are still in existence. The best-preserved landmarks being King John’s Castle and St. Mary’s Cathedral.

The Irishtown section of Limerick was created from when the native Irish were expelled from the city and formed a settlement on the southern bank of the Abbey River. This happened because the Norman leaders at the time did not like the fact that their people were adopting the Irish customs and fashions. The walling of the city started in 1310 but it was 1495 before it was completed.

Tickets for Pigtown Walks are available from the Limerick Civic Trust Office.

Ticket prices are €10 for adult, €6 for concession and €25 for a family ticket which is two adults and two children. Group rates are also available.

For more news on walks around Limerick from I Love Limerick click here.