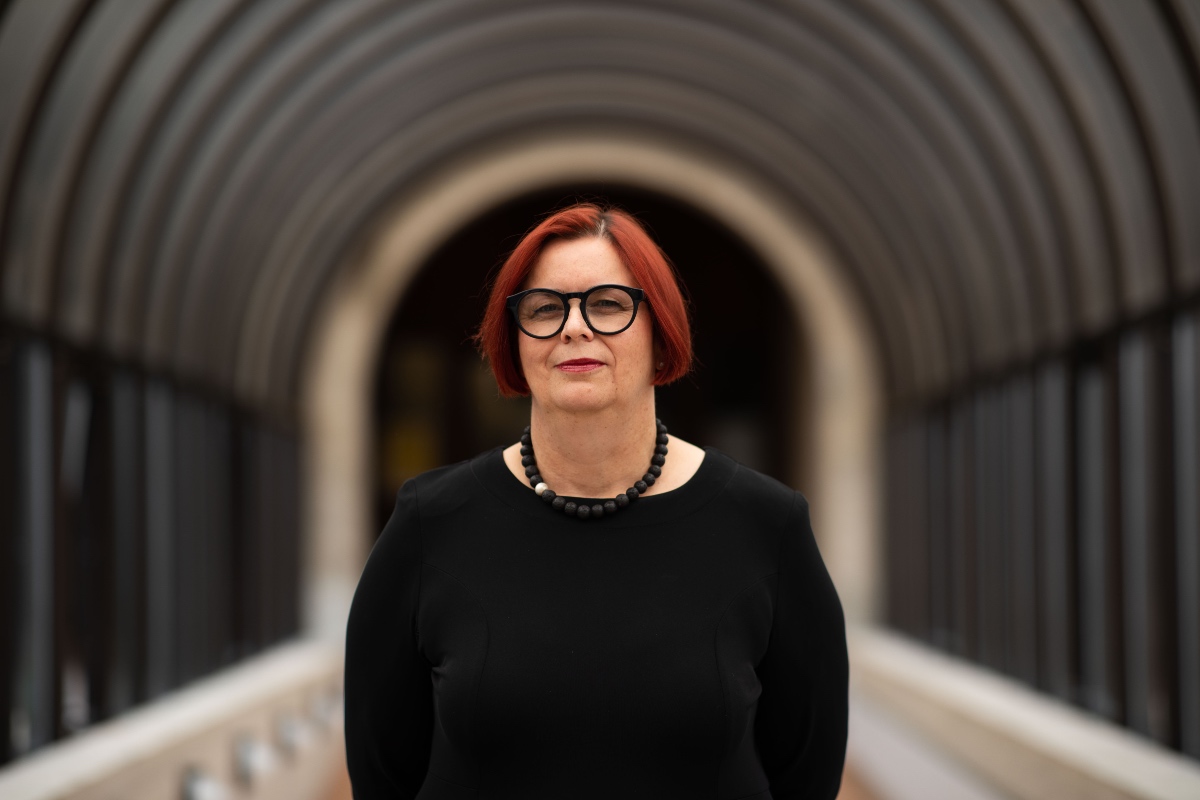 Professor Kerstin Mey appointed as first ever woman president of an Irish university.

The first-ever woman president of an Irish university has been appointed at University of Limerick, it has been announced.

Following an open competition, the Chancellor of UL’s Governing Authority, Mary Harney, has confirmed the appointment of Professor Kerstin Mey as the Interim President of University of Limerick.

Professor Mey, the current Vice President Academic Affairs and Student Engagement at UL, will replace outgoing president Dr Des Fitzgerald, who announced his intention to retire in May.

Following an open competition, the Chancellor of UL’s Governing Authority, Mary Harney, has confirmed the appointment of Professor Kerstin Mey as the Interim President of University of Limerick. Read more here:

Dr Fitzgerald will leave his position on September 1, at which point Professor Mey will take on the role on an interim basis.

The Interim President will serve as Chief Officer of the University until the appointment of a new President through an open international recruitment process, which is expected to take up to 18 months once commenced.

The UL Governing Authority ratified the appointment of Professor Mey following a special meeting this Thursday.

Chancellor Harney said Interim President Mey would be a “great appointee and one in whom we have every faith in to lead the University at a challenging time. She has already demonstrated her capacity for leadership in her role as Vice President.

“There has long been a significant gender imbalance at the senior leadership level in Irish universities and it is fitting that UL now has the first female President given our consistent leading position on gender equality in higher education in Ireland,” Ms Harney said.

The senior leadership at UL is notable for its gender equality, with five female members out of eleven on the University’s Executive Committee. For the second time in its history, UL has a female Chancellor, while two of UL’s three Vice Presidents and three of UL’s five Deans are women.

Professor Mey, who was appointed Vice President and Professor of Visual Culture at UL in April 2018, previously held roles as Pro-Vice Chancellor and Dean of the Westminster School of Media, Arts and Design and as Professor of Contemporary Art and Theory at the University of Westminster, London.

She said she was “proud and really humbled to lead the University of Limerick over the next period”.

“It is a significant opportunity and also a huge challenge and I will be aiming to work with all staff, students, Governing Authority, the communities UL serves, our stakeholders in the city and the region and of course the government to underpin the role that universities will play in the economic recovery as we manage the pandemic.

“I would like to wish the outgoing President Dr Des Fitzgerald all the very best for his future and thank him for his contribution in envisioning and advancing the institution over his term in office.

“We will work to further strengthen UL’s strong presence in the region, its national leadership and European and global reach. We will build on and grow our translational research, knowledge exchange and innovation drive, alongside challenge-based, work-integrated and engaged learning approaches to address pressing societal challenges.

“In doing so we need to foster a strong approach to science, technology, engineering, the arts and humanities to give continued consideration to our value base and humanity and create productive ‘irritations’.

“We have faced very demanding months transitioning into the digital space, which was only possible because each and every one of our staff and students worked very hard to adapt to this challenging situation. We will use the insights from that experience to advance our working practices, to transform how we teach and facilitate learning and how we engage in research and knowledge exchange.

“We aim to be an inclusive University that continues to widen access to higher education and fosters opportunity, that values diversity and strives to fully implement our human rights and equality policy. The appointment of a woman president signals another step towards gender equality in higher education.

“The next 12-18 months we will use to reassess our strategic plan given the significantly changed external and internal situation to underpin the resilience of the university and its role as a catalyst for the transformation of the region, its national impact and in building partnerships globally for mutual benefit.

“In the very short term, the focus has to be safeguarding the health and safety of our current and incoming students and our staff and the communities we serve and we are working very hard to prepare the campus for a full opening in September.

“UL is a young institution with a pioneering heritage – we aim to seize the opportunity to transform the educational model by working with industries, communities and government. We need to support our graduates to embrace complexity and develop resilience, stimulate their inquisitiveness, imagination and critical reflectiveness so that they are prepared to deal with the significant societal as well as personal challenges ahead,” she added.

Outgoing president Dr Des Fitzgerald took up the role of UL President on May 1, 2017 and announced his resignation from the position in May 2020. Dr Fitzgerald stated that the COVID-19 pandemic would directly impact his ability to serve the University and limit his ability to fully engage in the community upon a return to campus.

Dr Fitzgerald said: “I want to congratulate Kerstin and wish her all the very best in her new role. I think UL is very fortunate to have someone of this calibre lead the University.

“Kerstin has tackled the difficult task of the return to UL post-COVID and is well positioned to bring UL through this challenging period.

“She is an outstanding academic with a strong empathy for students and the academic mission of UL. She has a vision for UL that will place it in a leading position nationally and globally.

“In doing so, she will have the support of an experienced, committed and talented Executive.

“Again, my very best to Kerstin and to her partner Simon,” he added.

Kerstin Mey was born and raised in (East) Berlin, Germany. She studied for an MA equivalent in Art, and German language and literature at Humboldt University in Berlin and completed a PhD in Art Theory and Aesthetics there. She held academic positions in universities in Germany and the UK. Before she joined the University of Limerick as Vice President Academic Affairs and Student Engagement and Professor of Visual Culture in April 2018, she held the role of Pro-Vice Chancellor and Dean of the Westminster School of Media, Arts and Design, and Professor of Contemporary Art and Theory at the University of Westminster, London.

She was Director of CREST (Consortium for Research Excellence, Support and Training, GuildHE, UK); Vice-Chair of CHEAD (Council for Higher Education in Art and Design, UK), served on the Austrian Science Board (an Advisory for the Federal Ministry of Science, Research and the Economy). She was a member of the Supervisory Board of the European Foundation for Press and Media Freedom. She currently serves on the Board of the National Forum for the Enhancement of Teaching and Learning, the IUA Campus Engage Steering Group. She is a member of ISEA (International Symposium of Electronic Arts) International Advisory Committee, the Board of Directors of the Irish Chamber Orchestra; Board of Directors of EVA; and the Board of Directors of the Irish Arial Creation Centre. She acts as reviewer for international funding bodies, academic institutions and publishers.

Her own research is concerned with practices of meaning making in contemporary and 20th century art and culture.

UPDATE: Limerick City and County Council to waive fees to businesses for on-street furniture as part of Covid-19 support initiatives