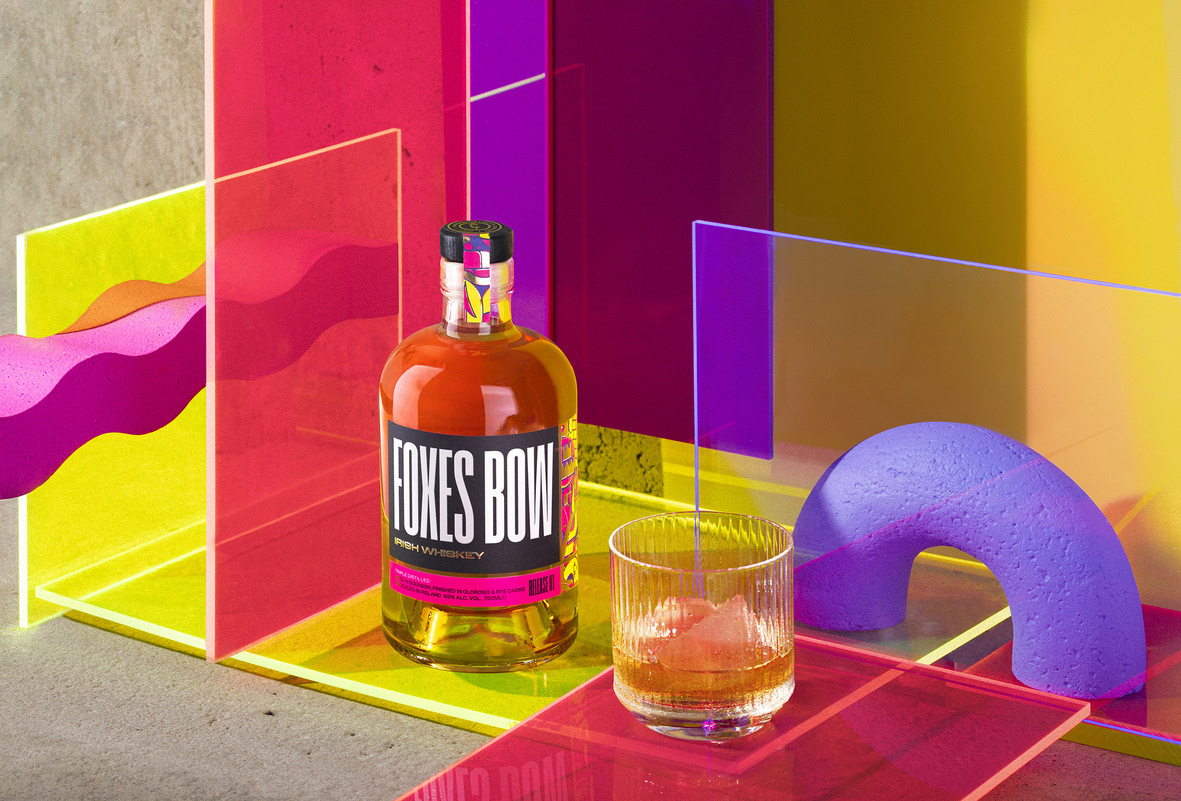 Like most great stories, this one starts in a bar. In early 2019, while living in San Francisco, co-founder Tony, a proud Limerick man and chartered accountant for X, Google’s Moonshot Factory, visited a well-stocked whiskey bar and noticed that most Irish Whiskey brands were quite traditional in nature, with few options that represented modern, contemporary Ireland. Inspired by the incredible wave of creativity coming out of Limerick city over the last couple of years, Tony thought this should surely extend to whiskey. And so, he went about putting in motion an idea to remedy that.

Tony was then joined by young Limerick native Alice Carroll, a global brand specialist who previously worked on global brand development for whiskies including Jameson, Redbreast, and The Glenlivet.

Certainly not your stereotypical whiskey founders, the duo have two things in common – a love of whiskey and a love of Limerick. They have been working with a team of whiskey experts to bring Foxes Bow Whiskey to life ever since, developing something unique, creative, and contemporary for the new generation of whiskey drinkers, inspired completely by the creativity alive and well in Limerick city.

Foxes Bow Whiskey is a blended Irish whiskey, aged in Bourbon barrels and finished in Oloroso and Rye casks – a highly novel mix of finishes in Irish whiskey, making for a layered, yet well-balanced whiskey. Usually favoured by American and Canadian Whiskies, the inclusion of rye casks in the whiskey’s finish lends a floral bouquet to the whiskey’s nose, while providing an interesting lingering spice to the palette. Beginning with a burst of fruity sherry flavours, followed by a wave of spice and perfectly finished with a lingering velvety vanilla sweetness.

Speaking about the inspiration behind Foxes Bow Whiskey, Alice Carroll, co-founder, said ‘Creatives in Limerick city are finding colour in the old grimness and painting over the city’s cracks in technicolour! Inspired by this, we’ve partnered with Limerick artist John Slade of H.Y.T Studio to design the bespoke art on the side of our bottle for our first release. The intention would be for each future release to feature different artwork inspired by the city and created by different artists each time.’

Foxes Bow Whiskey is available now for €39 at O’Brien’s, The Parkway, Number 21 Off License near Punches Cross, select SuperValu stores and online through irishmalts.com.

Related Topics:Foxes Bow Limerick
Up Next

Why I Love my Job by photographer Darren Ryan, owner of Pigtown Media