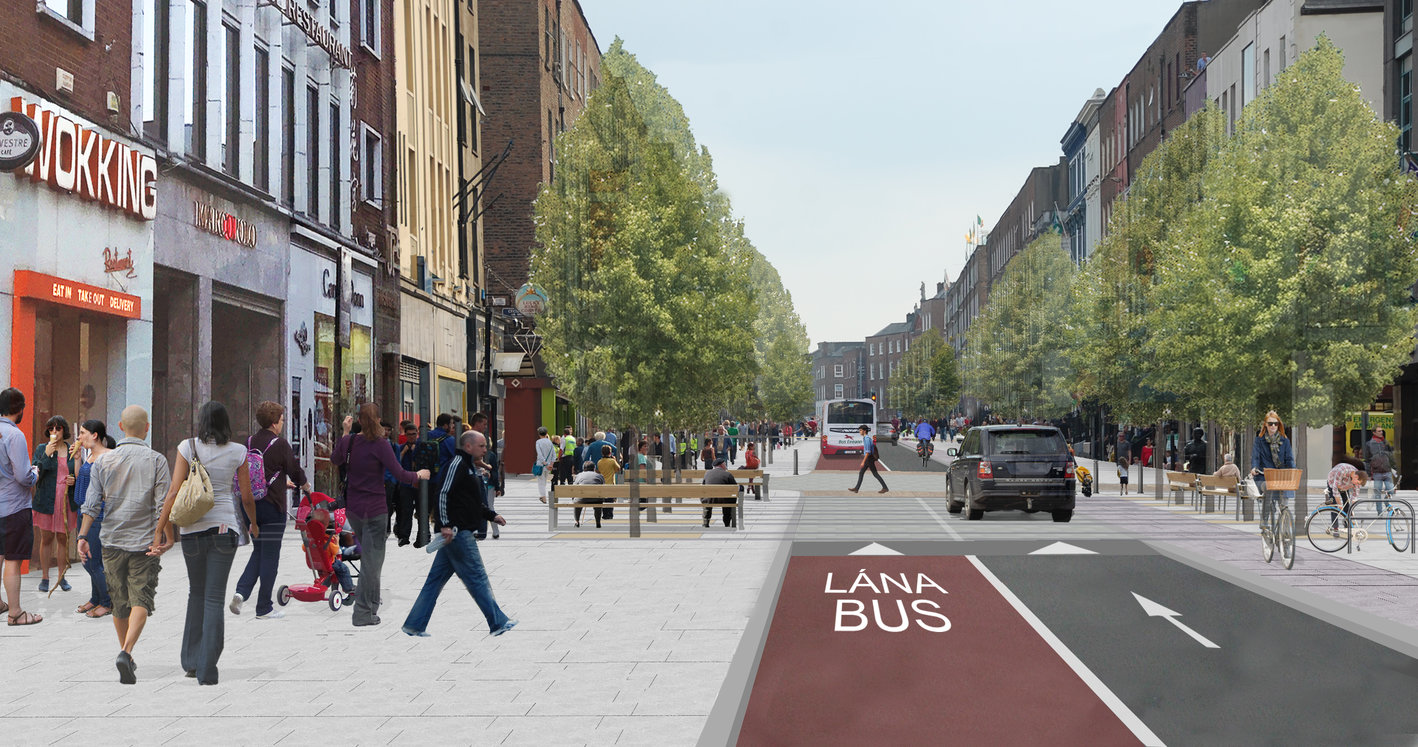 Plans for remodelling O Connell Street in Limerick will see pedestrians placed at the heart of a new Limerick city centre.

More open public spaces will be provided as part of the plans to make O’Connell Street a more attractive destination for local people and visitors.

The core principles in remodelling O Connell Street include:

The plan promotes walking, cycling and public transport to/ from and around the urban centre and introduces sustainable travel information to the urban core.

Since the project started there has been a series of consultations with elected representatives, local businesses, other stakeholders including the transport and heritage sectors and members of the public to get their views and opinions about their vision for Limerick’s premier street.

Limerick City and County Council has taken on board the various viewpoints and has developed this emerging design plan.

Joe Delaney, Head of Design and Delivery with Limerick City and County Council said: “This plan for O’Connell Street will see a significant increase in space for pedestrians.  We have spoken to a lot of people with ideas for O’Connell Street and the overarching view is that it needs to be more pedestrian friendly.”

“Our plans which are emerging reflect this principle of providing more space for people to enjoy O’Connell Street and make it more attractive for people to come and enjoy be they locals or visitors.”

“A significant portion of the work will be carried out in the core retail section of O’Connell Street, from the junction of Denmark Street to Cecil Street.”

“We are calling on people to look at the plans and give us their views.  We have extended the period of consultation until the 29th of June. We will then review the feedback received and the plan to be submitted for the formal Part 8 planning process will be concluded.”

The Main features include the introduction of a shared space for pedestrians, cyclists while upgrading the area around the urban garden, maintaining of two-lane traffic southbound and a controlled pedestrian crossing at Cruises Street

This will be the main pedestrian priority area, with a single realigned lane of traffic, enhanced public spaces with seating.  The plans facilitate the provision of a focal feature at the junction of Bedford Row and Thomas Street.

The plans also envisage the closure of the street to traffic in these blocks for public events and on designated days.

There will be an enhanced public plaza outside the proposed Rugby Museum Experience, a single lane of traffic, a bus lane (continuing to Mallow Street), a contraflow cycle lane and shared surface at the junctions.

There will be enhanced pedestrian space and to cross at the junctions, a reduced width of two-way single traffic lanes and parking bays both sides.

There will be a public plaza one side of the O’Connell monument, a reduced width of two-way single traffic lanes with parking bays to one side

€4.1 million for the project is being provided by the European Regional Development Fund.

Limerick City and County Council will be co-financing the project which will prioritise the re-imagining of the core retail area between Denmark Street and Cecil Street.

Feedback on this emerging plan will now be accepted until 29th of June 2017.

Submissions will be accepted by post and email to:

Following this period of consultation, the Part 8 planning application will be published and the finalised plans will be put on public display for a six-week period.  Members of the public and other stakeholders will have a further two weeks at the end of that period to make submissions.

It’s expected that works will begin in 2018.