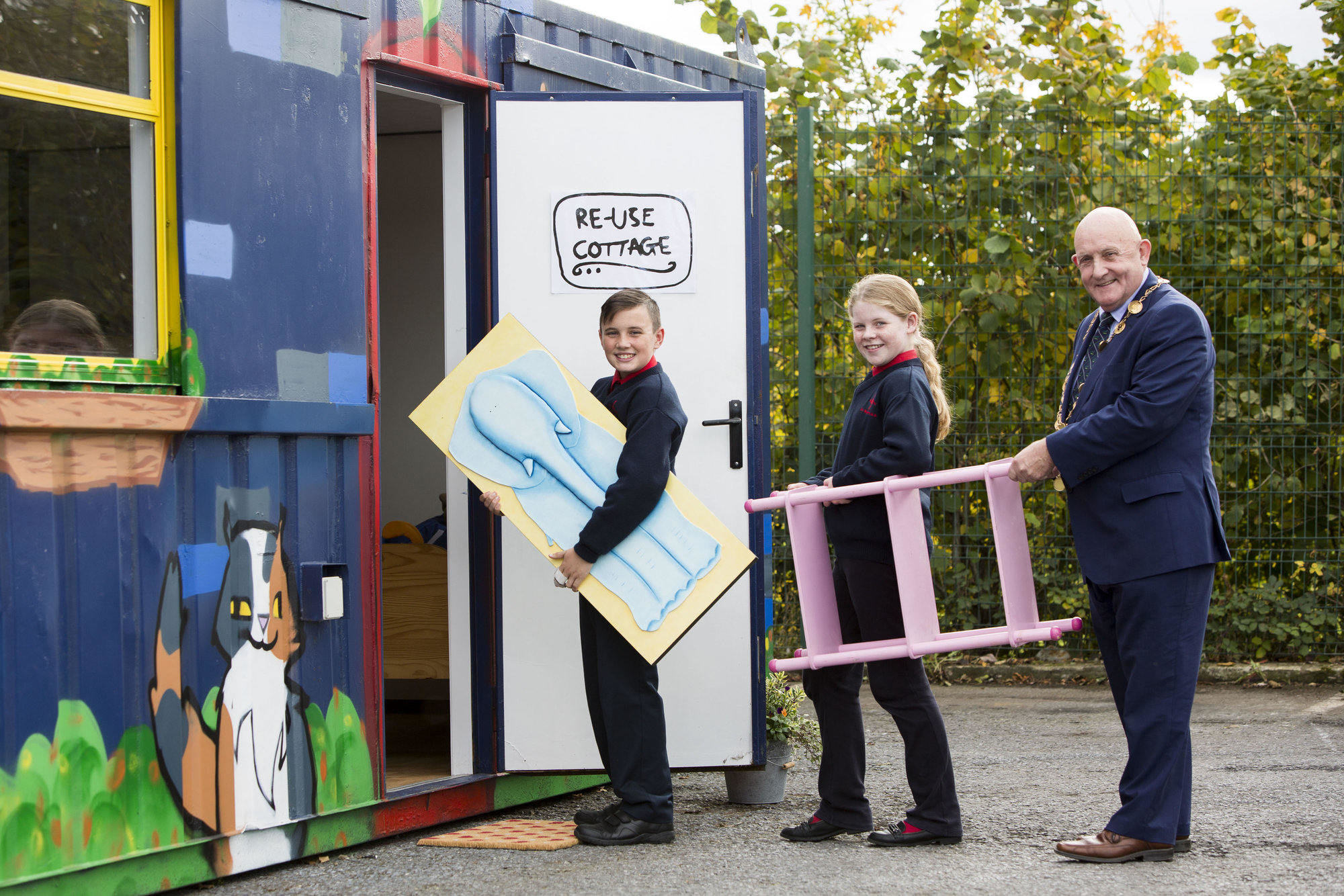 A new Reuse Cottage has been built in Mungret Recycling Centre to showcase the quality of items that are being recycled, but could be reused by other people.

Bunk beds, sitting room furniture, beanbags, pictures and shelving are just some of the items that could be reused.

The Reuse Cottage is being furnished with unwanted quality items that have been brought to Mungret Recycling Centre.

The cottage showcases what is on offer and highlights the need for people to think of different uses for unwanted items rather than leaving them to be recycled. 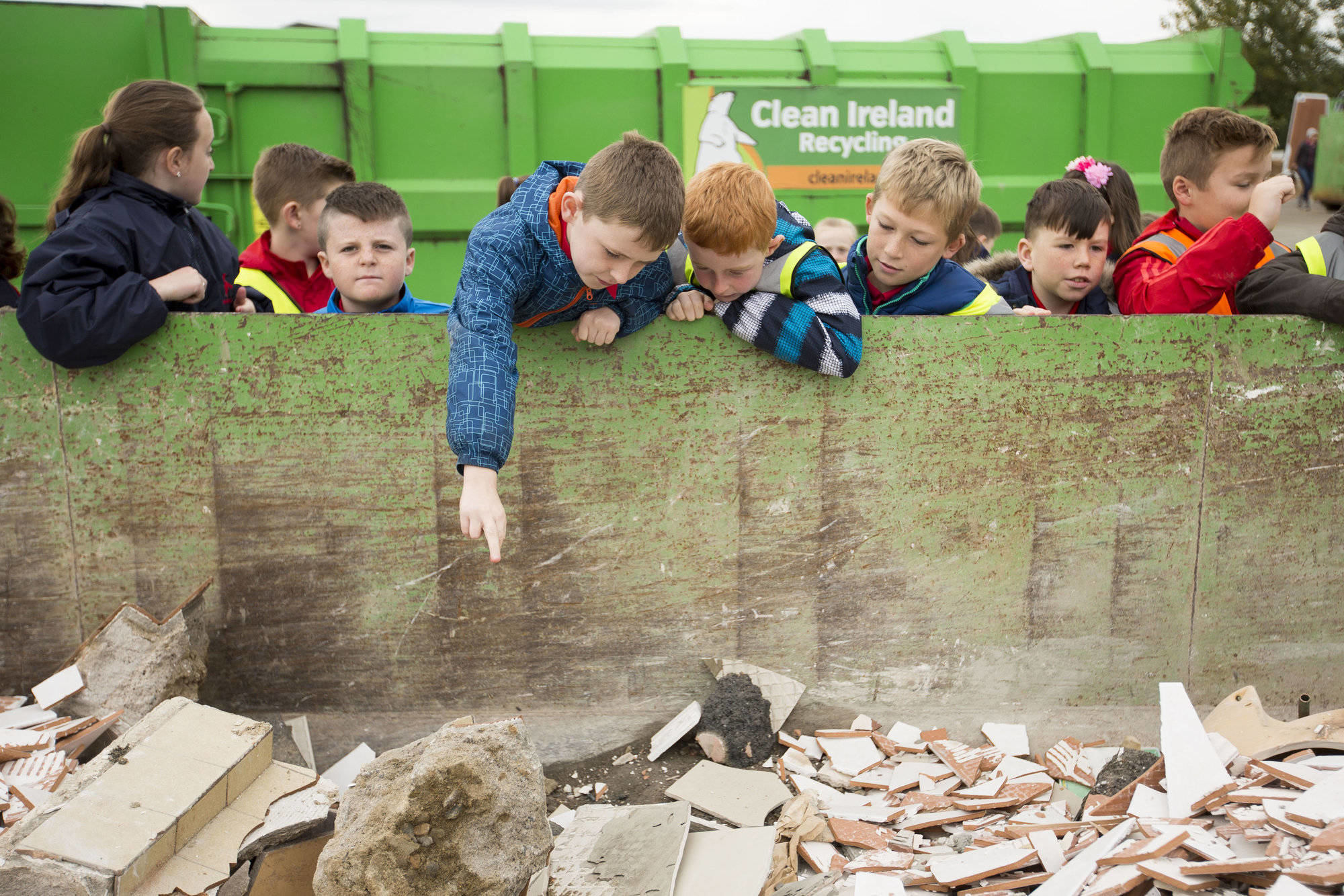 Mayor of the City and County of Limerick Cllr Kieran O’Hanlon said: “I’m delighted to launch Reuse Cottage with pupils from St Brigid’s.  It is a real effort to demonstrate some of the quality of items that are available for reuse throughout Limerick.”

“Limerick City and County Council is one of the lead authorities for the Southern Regional Waste Management Plan and it’s important that as a local authority we encourage householders and businesses to move up the waste hierarchy and emphasise the importance of reuse.”

Sinead McDonnell, Environmental Awareness Officer with Limerick City and County Council said: “The Reuse Cottage is a novel way of showcasing the quality of everyday items that people don’t want anymore.  It’s important that the message gets through to everyone about the importance of reuse as part of the overall waste management strategy.”

“As well as assisting the mayor with the launch of the Reuse Cottage, the pupils were also treated to a tour of the recycling centre and also got to view the Stopfoodwaste kitchen and see examples of Upcycled furniture courtesy of Back2New Upcycling.  St Mary’s Aid and Limerick Smarter Travel were also on site with a bicycle reuse and repair stand.”

An estimated 28,000 people use Mungret Recycling Centre each year with a large proportion of visitors availing of the on-site reuse facilities, which encourage the reuse of everyday items ranging from tables and chairs to paint and bicycles.

Mungret Recycling Centre, which is managed by Indaver Ireland on behalf of Limerick City and County Council, is open Tuesday to Saturday from 10.00am to 4.45pm (cars €5, car & trailer €12).  Waste Electrical and Electronic Equipment (WEEE) is accepted free of charge.

For more news from Mungret at I Love Limerick click here.

PHOTOS: Pathway to Recovery is a highlight of Be Well Limerick Week