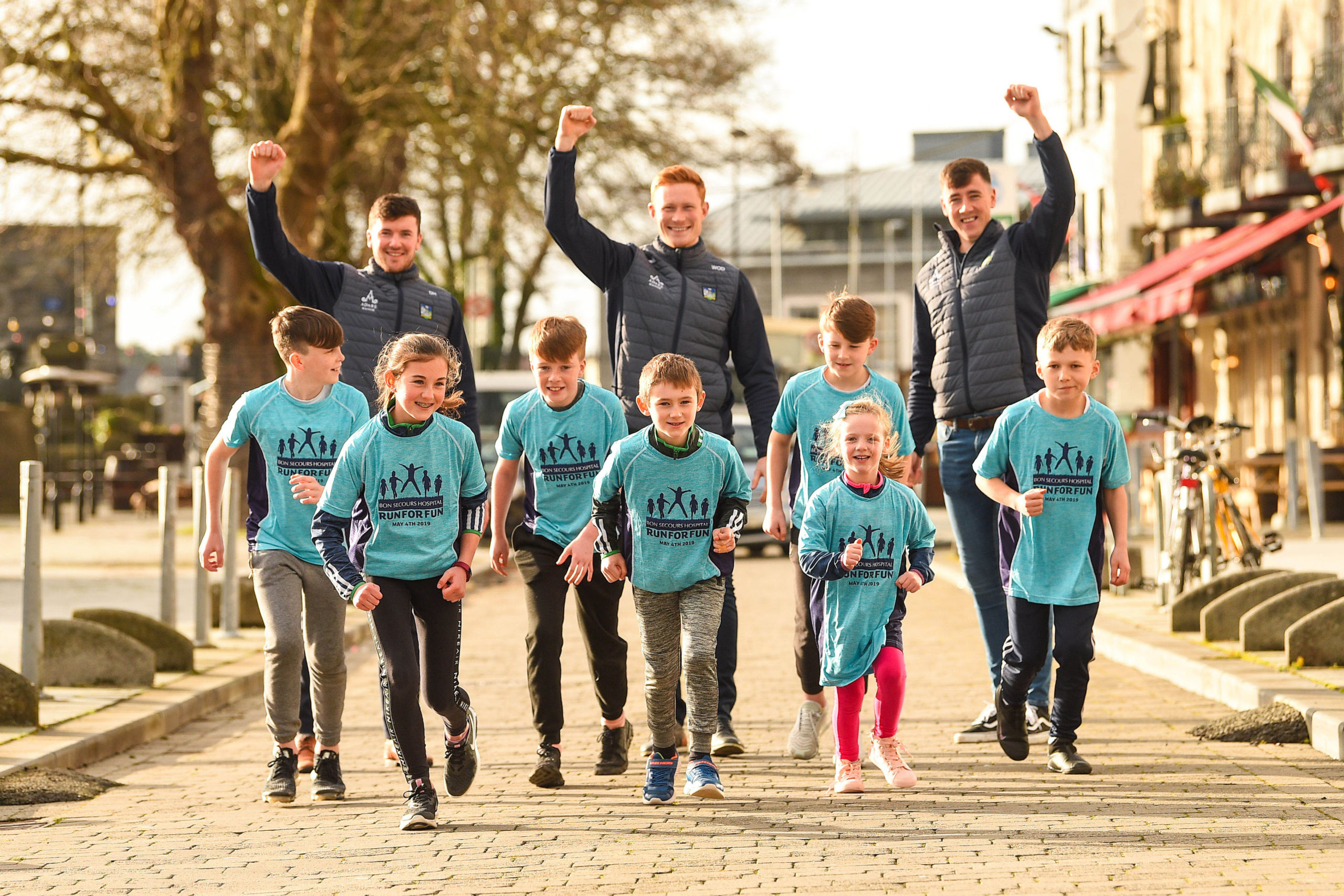 Thursday, 12 March 2020:  The organisers of the Regeneron Great Limerick Run and the Bon Secours Hospital Limerick Run for Fun announced today that the May Bank Holiday weekend event has been rescheduled to the first weekend in October in the interest of public health.

Announcing the decision, Event Director John Cleary said that the decision was taken following consultation with the health authorities and is fully supported by all partners involved, from sponsors to regional stakeholders.

“We did not take this decision lightly but have no doubt that it is the appropriate thing to do.  Public health must come first. The health of the 14,000 participants and the thousands of others who come to Limerick over the May Bank Holiday weekend to enjoy these great events on the Saturday and Sunday is our primary concern in making this decision.

“We now fix our thoughts on October 3rd and 4th next when we will be at the starting line for the 2020 Regeneron Great Limerick Run and the Bon Secours Hospital Limerick Run for Fun. The sense of anticipation and excitement from participants for the event will be heightened by the wait.  We look forward to its success and a significant final quarter economic boost for Limerick,” he said.

Niall O’Leary, Vice President and Site Head Regeneron Raheen, said “The decision to reschedule the event is fully supported by Regeneron. The safety of all spectators and participants is of the utmost importance to us. As the proud sponsor of the Regeneron Great Limerick Run, we want all involved to have the best and most memorable race experience. We look forward to hosting a great event in Limerick this October.”

Said Jason Kenny, Bon Secours Hospital Limerick Manager: “As a major healthcare provider in Ireland, we fully support the decision to reschedule this event. Public health is the single biggest priority now and must outweigh all other considerations.  We have no doubt that the Fun Run and wider weekend will have a hugely positive impact for the region on the first weekend in October.”

Bon Secours Hospital Limerick at Barringtons is delighted today to announce that it is renewing its sponsorship of the children’s Run for Fun 2020 at the Great Limerick Run weekend.

The announcement was made today at the Bon Secours Hospital Limerick by hospital Manager Jason Kenny and ‘Run for Fun’ CEO John Cleary. Also in attendance were Limerick hurling manager John Kiely and players Diarmaid Byrnes, Will O’Donoghue and Declan Hannon. The event will take place on Saturday, May 2 at the University of Limerick.

Run for Fun 2020 is non-competitive and is for national school children (5-13 years) across multiple distances and suitable for all standards. The sponsorship is another Bon Secours Hospital Limerick commitment to supporting activity in the county, following the signing of a three-year agreement last year to sponsor the Limerick senior hurling club championship.

Speaking at today’s announcement, hospital manager Jason Kenny said: “We have a long-running relationship with the Great Limerick Run weekend, having previously sponsored the Sunday event,  which is an incredible success in its own right, bringing over 14,000 people into the city on the May

Bank Holiday Weekend. It’s a huge boost for the city in terms of sports tourism and has been one of the stand-out individual elements that have combined into the great Limerick success story over the past decade or so.

“We were delighted to take the opportunity to sponsor the ‘Run for Fun’ because it promotes healthy activity amongst children and that’s something as a healthcare provider that we are very keen to promote. Getting children involved in exercise can introduce them to something that will stay with them for much of their lives and reduce health risks. It’s also good for their wider wellbeing, their confidence, things that are very important to work on from an early age.”

Said John Cleary, CEO of the Great Limerick Run: “It’s essential when you are getting sponsorship partners on board that they are the right fit from the actual event’s perspective. Bon Secours Hospital Limerick ticks that box. It has a great heritage here in the city given the hospital’s origins here and they are a healthcare provider operating to the highest standards.

“We were delighted to have them as title sponsors of the Sunday event prior to this and delighted that they have stayed with us to sponsor this very important ‘Run for Fun’. It is what it says on the tin. We want to introduce them to healthy activity, to having fun doing it and that’s what the event is all about. We’ve seen their delight at crossing the finishing line knowing, as they do that, it’s not a competitive event, that everyone is a winner. And we’ve seen the delight of their parents at watching the children getting out there, participating in such a healthy activity and enjoying themselves in the process.”

Said John Kiely, Limerick senior hurling manager, “As a school principal and someone involved in sport pretty much all my life, I’ve seen just how important participation in sport is, no matter what code it is. We have to encourage our children to be involved first and foremost. It cannot be about competitiveness for them, it must be about fun when they are at this stage of life. I commend John Cleary and his team for pulling this event together and Bon Secours Hospital Limerick at Barringtons for sponsoring it. They have put their support behind Limerick hurling through their sponsorship of the senior hurling club championship over the past year m and they must be commended again on getting involved in another very positive initiative with the Run for Fun.”