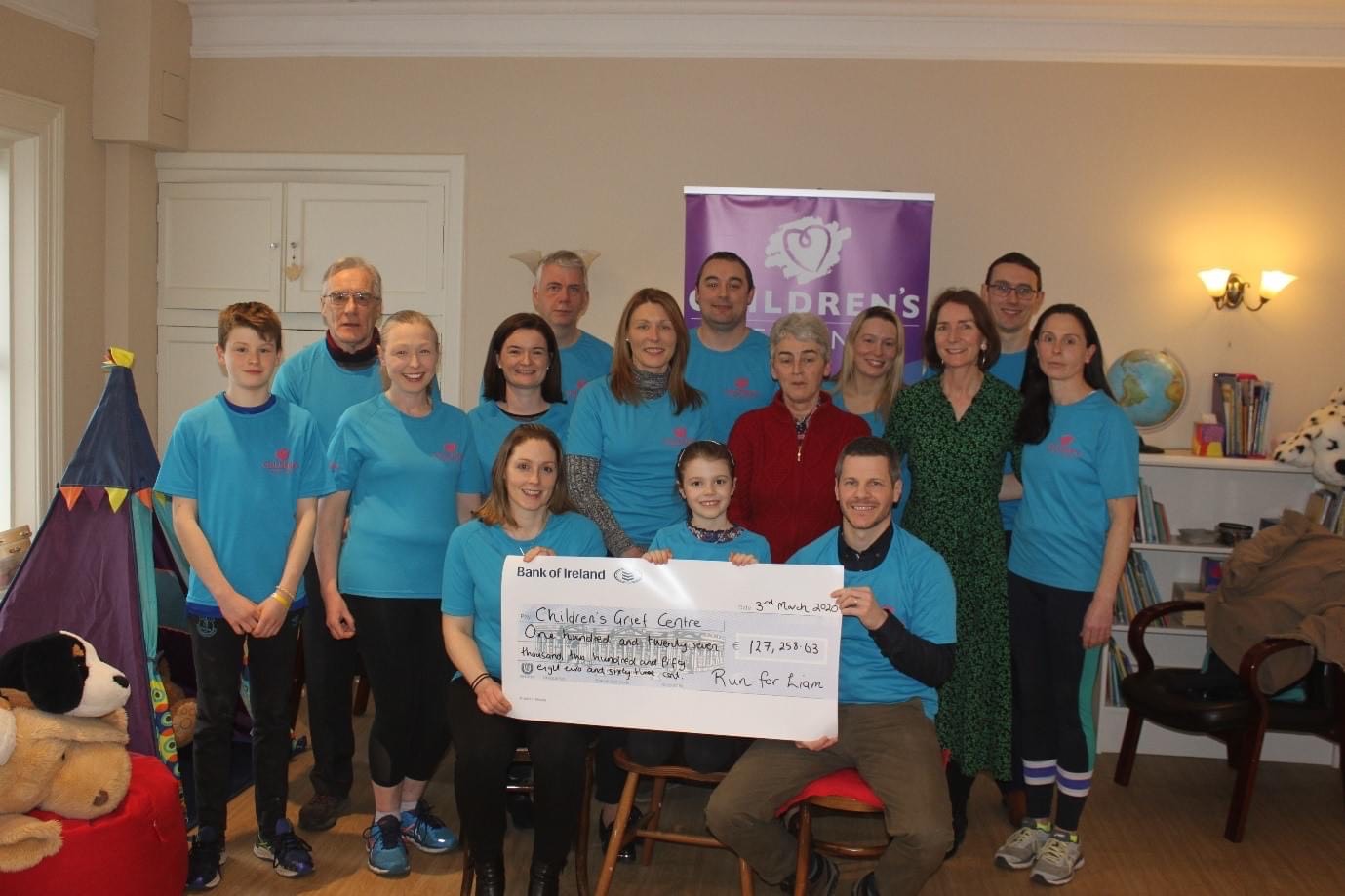 Over 500 people took part in the Great Limerick Run 2019, in honour of 4-year-old Liam Ryan, who passed away in August 2018. Run for Liam raised a total of €127,258.63 in memory of Liam and this week the money was donated to the Children’s Grief Centre in Limerick, in aid of their New Build Project.

Some of the 500 participants of the Run for Liam 2019 which raised funds for the Children’s Grief Centre. Picture: Conor Owens/ILoveLimerick

Liam’s parents Dorothy and Colm Ryan, along with their family, friends, colleagues and community, came together last year to fundraise for the Children’s Grief Centre, since the organisation helped their daughter Aoife cope with her grief after her brother Liam’s passing. Despite their own grief and sadness, the family has given hope to so many others who may experience a loss by raising €127,258.63 for the Children’s Grief Centre’s New Build Project.

The new Children’s Grief Centre will create a more stimulating environment for children and young people. The building will accommodate an art room, a splatter paint room and even a volcano room, as well as an outdoor play area.

The new build is based on a Bereavement Support Service in Oregon, USA called the Dougy Centre. The Children’s Grief Centre has now commissioned a set of plans for a purpose-built Children’s Grief Centre. This year marks the start of phase one of a planned new campaign to raise funds for our new premises and thanks to the support of the Run for Liam family, they are well on our way to achieving their goal.

Speaking on behalf of the centre, Katrina Morgan, Fundraising Co-Coordinator, said, “Liam’s family have been so kind and generous to the Children’s Grief Centre. The support we have received through them has been incredible. Companies like Dell and Beckman Coulter to mention just a few got involved and we would like to say a big thanks to them for their generosity. We also extend our thanks to all those took part in the Great Limerick Run for their support”.

For more stories on the Children’s Grief Centre, click here.