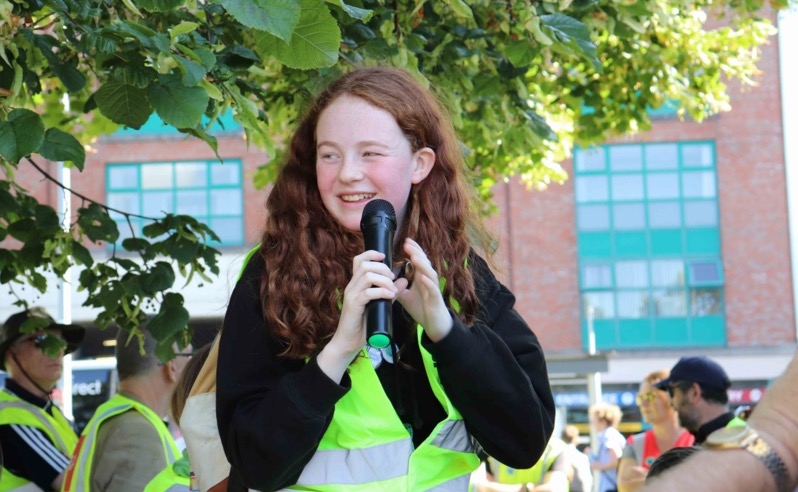 16-year-old Limerick native Saoirse Exton has been selected as one of 100 Rise Global Scholarship winners.

The worldwide scholarship programme finds ‘brilliant people who need opportunity’ and offers them a lifetime of benefits including scholarships, mentorship, access to career development opportunities and funding, as they work toward solving humanity’s most pressing problems.

The Gaelcholáiste Luimnigh student has been fighting for climate action since 2019 when she launched Fridays for Future Limerick, a school strike that aims to draw the attention of world leaders to the climate crisis.

Since then, Saoirse has garnered significant support and earned a host of achievements for her climate activism.

The teenager was named Limerick Person of the Month in October 2019 and is currently serving as Equality Officer to the Irish Second-level Student’s Union for the second year running.

In December 2020, Saoirse received an Outstanding Achievement Award from The Climate Ambassador Programme for her actions and communications against the climate crisis.

Saoirse took to social media to express her delight at receiving a Rise Global Scholarship, saying “So grateful for all the amazing people who helped me on my journey, really looking forward to networking with all the other amazing Rise For the World finalists.”

I was happy to speak with Saoirse Exton from Limerick and other students protesting at #FridaysforFuture
The challenge we face is beyond compare and it will take collective effort to reach our targets. pic.twitter.com/fjvQHIM6bY

Next weekend, the inspirational young lady will travel to Glasgow for UN Climate Change Conference COP26.

Saoirse is not only passionate about climate action on a worldwide scale but also at home here in Limerick.

“I believe that Limerick can embrace the change and can really act on this (climate change) now. I think we have a progressive mindset here as well. We just need to put that into action and try to work towards making Limerick the best place it can be,” the young activist acknowledged.