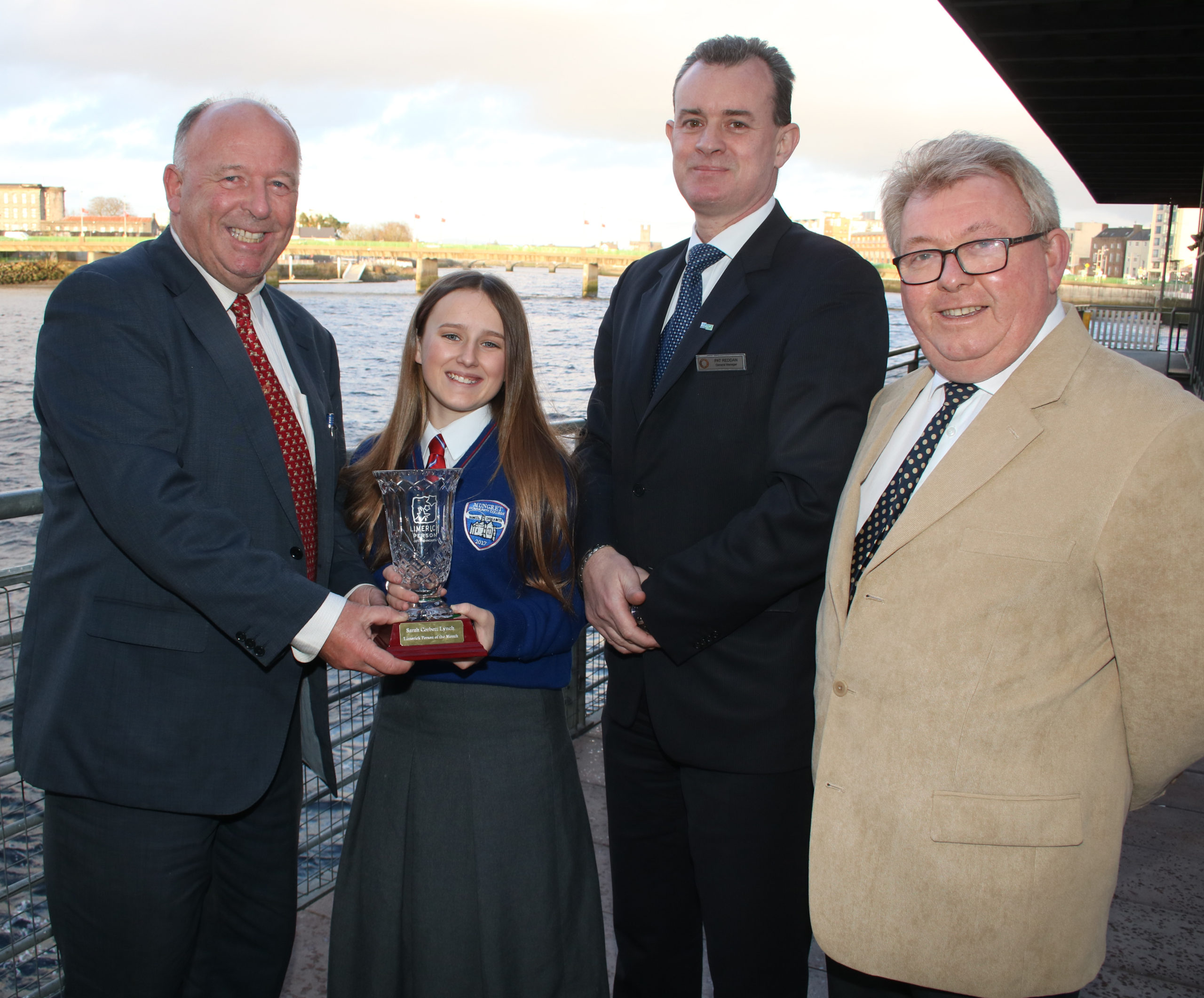 Sarah Corbett Lynch, beloved author, and Limerick citizen has been announced as Limerick Person of the Month.

Sarah being only 13 years-old has been through more than what a child should experience in life. Her inspiring story is the reason for this award, sponsored by the Limerick Leader, the Clayton Hotel and media agency Southern.

In November 2006, when Sarah was only 12 weeks old, her mother ‘Mags’ passed from an asthma attack.

After moving to the States, Sarah and her brother Jack lived with her father Jason and stepmother Molly Martens. In August 2015, Jason was tragically murdered by Molly and her father Tom in North Carolina.

Since then, Sarah and Jack have both lived in Limerick with their aunt Tracey, her husband Dave and their sons, Dean and Adam.

Sarah commented on her family’s support in dealing with the losses. She said, “It feels better with so much love surrounding me. It really helps that I have my family”.

To extend a hand to others who understand misfortune, Sarah wrote her book ‘Noodle Loses Dad’, in which the title character handles grief and acceptance after losing her father. This is just the first book in Sarah’s Boogawooga series and the Children’s Grief Centre in Limerick receives some of the proceeds from the book.

Following the book’s publication, Sarah appeared on the Late Late Show in January and described her traumatic experiences and quest to help others cope with grief.

Sarah has become a Limerick and international public figure. Publication companies from the States have contacted her about bringing her series across the waters.

Upon being named Limerick Person of the Month, Sarah said the feedback has been “amazing”, coming from both children and adults. She said, “Everybody has been saying ‘well done’, and a lot of people – children and adults – have reached out to me saying they feel a lot less lonely after hearing what I have gone through and how I have coped.”

While Sarah is deeply involved with Limerick’s community, she is also interested in its politics. She feels that politicians as a whole need to connect with children more often.

She said, “I think it’s important that they speak to children as well because we are the next generation.”

Sarah’s dedication to the city and its people shows how anyone can make a difference.

Sarah’s aunt Tracey discussed her niece’s accomplishments. She said, “She’s only 13, but she is very, very determined and we wanted her to have the opportunity to express herself. Sarah is very resilient. We are hugely proud of all the kids.”