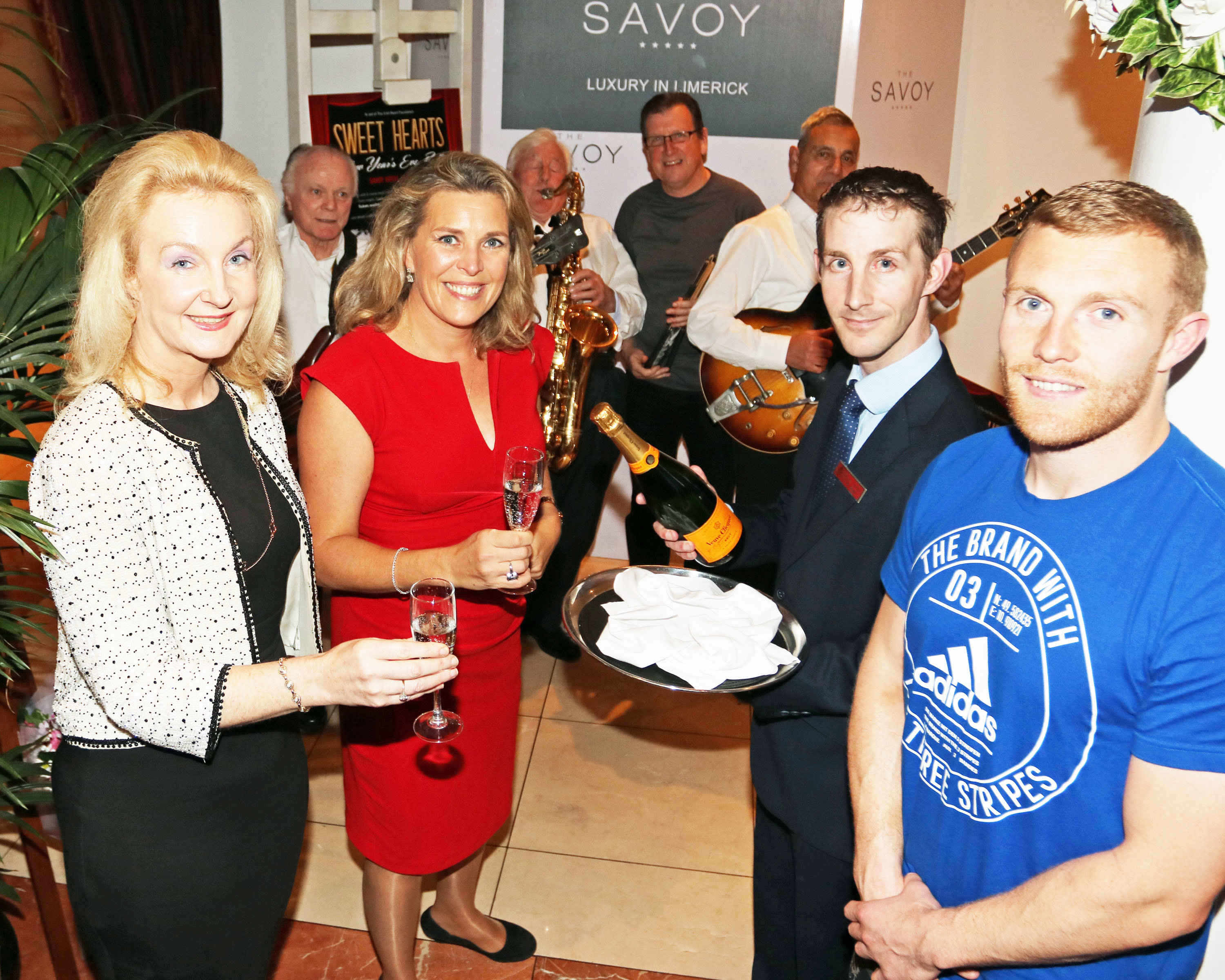 Time to dust down your dickey bow and diamonds as The Savoy Hotel prepare for their end of year celebrations and once again the Irish Heart Foundation are organising a very special occasion with the Savoy Hotel Black Tie New Year’s Eve Ball.

Ireland’s national charity fighting heart disease and stroke is encouraging people to celebrate the New Year in a way that makes a difference and party for a purpose by supporting their ball and purchasing tickets for what promises to be the party of the year.

Tickets for the Savoy Hotel Black Tie New Year’s Eve Ball are priced at €100 and party goers will enjoy a sumptuous 6-course dinner, music from Jazz Lite, dancing until late and a charity auction.

The night is being supported by members of the Mid-Western Healthcare community, led by Endocrinologist Dr Mary Ryan who is a member of the Women’s Heart Advisory Group for the Irish Heart Foundation and a senior lecturer in UL.

The aim of the Savoy Hotel Black Tie New Year’s Eve Ball is to raise much need funds to support the Irish Heart Foundation’s work at raising awareness and funding research into Cardiovascular Disease. In addition, it will help support their CPR4 Schools Programme which is training Limerick teachers & students to become lifesavers.

Cardiac arrest kills more people in Ireland than some of the most serious diseases such as breast cancer, lung cancer and respiratory disease, according to the Irish Heart Foundation. The sudden and often fatal condition currently claims an estimated 13 lives daily in Ireland affecting all ages including babies, children and young people.

That’s an estimated 5,000 people that die here annually when their heart suddenly stops beating and often these incidents occur without warning. The Irish Heart Foundation’s goal is to help train more people in CPR because it could save someone you love. Know your donations work!