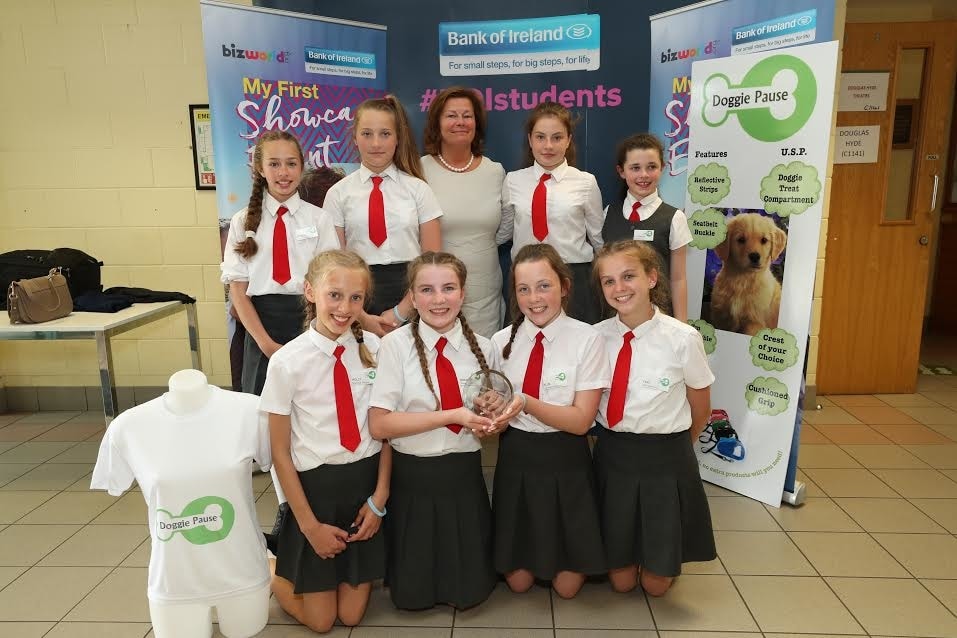 More than 40 primary school children from 10 schools nationwide took part in the Bizworld Grand Finale by Bank of Ireland hosted in Athlone IT.

Over 8,300 children have participated in 277 workshops run by Bank of Ireland since September 2016.  Over 140 Bank of Ireland staff members around the country will have volunteered 554 days as BizWorld Ireland tutors running two-day workshops with primary students in their local schools.

Workshops feature everything from brainstorming, business development to guiding students through the entrepreneurial cycle from company formation to market research to pitching for investment and finally finishing with the Dragon’s Den style pitch of the business.

BizWorld by Bank of Ireland has seen over 1,385 new businesses created and started by primary school children over the past 9 months. The ten ideas that have reached the grand finale range from a farm clothing to a games app for children which encourages children to exercise.

There were ten category winners at the BizWorld grand finale including the best marketing plan, best business jingle, and most socially conscious business.

The 2017 Grand Finalists category winners were:

Rory Carty, Head of Youth Banking, Bank of Ireland, commented; “As Ireland’s leading bank for students of all ages, we are delighted and proud to partner with the BizWorld Grand Finale. In addition to sowing the seeds of enterprise, creativity and money management, our Bank of Ireland BizWorld tutors facilitate primary school children learning important skills such as critical thinking, decision-making, risk analysis, teamwork, active learning, entrepreneurship and leadership, whilst also having fun.”

He continued: “Primary schools are a vital part of local communities. Through our extensive branch network, and our ongoing programme of enterprise towns, our strong presence and connection with communities nationwide makes this partnership a fantastic fit.”

“In close partnership with the BizWorld Ireland team, we will continue to work together to grow the programme equipping this generation of primary school children for the jobs of tomorrow.”

Fiona McKeon CEO of BizWorld commented, “I never cease to be amazed by the quality of ideas from children, generated over only two days in a Primary classroom.”

“The standard increases annually and this has been a record-breaking year of BizWorld workshops due to the invaluable support of Bank of Ireland. Not only are they assisting us with resources but their people are so engaged in equipping the new generation of Irish children with 21st-century skills”, she said.