By Richard Lynch on November 19, 2018@richanthon 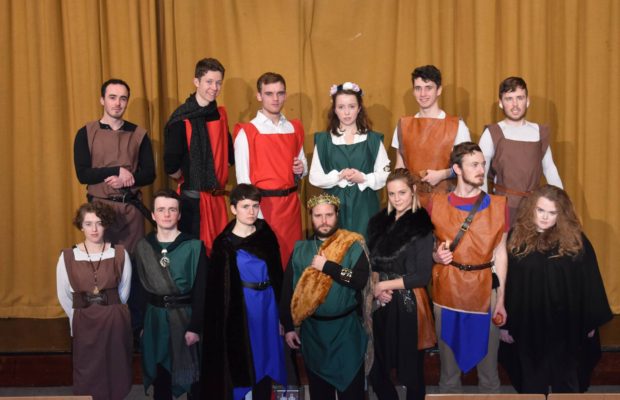 ‘Scum of the heavens’ a UL Drama Society production is set to take the stage from the 20th to the 22nd of November, drawing a successful term for the society to a close.

‘Scum of the heavens’ a UL Drama Society production is set to take the stage from the 20th to the 22nd of November, drawing a successful term for the society to a close.

The play is written and directed by society member Conor Clohessy who has summed it up as “Game of Thrones meets Celtic Ireland”. Scum of the Heavens is the first play written by Clohessy, who worked on it for several months. He drew inspiration from Celtic mythology, displaying an accurate picture of the issues the Celts faced such as conflicts over Christianity and paganism. The play also presents a strong female cast, which Clohessy feels is missing within some plays. Despite its ancient setting, the play draws on timeless issues such as manipulation, power grabbing and forbidden love. With gods and a witch, the play crosses over into magical territory, while also remaining grounded in real life issues.

This play will be performed at the Jonathan Swift Theatre located in the main building of the UL campus.

Scum of the Heavens is a supernatural thriller based in Celtic Ireland, with the drama unfolding just as Christianity begins to dawn in the country. There are Shakespearean elements to the poignant drama, as a Gaelic King is given a prophecy predicting his death at the hands of one of his own. As the plot thickens, our king is led down a path paved with paranoia fuelled by an attempt to thwart the prophecy.

The cast consists of a mix of brand new faces and returning Drama Society members. A newcomer to the society but certainly no stranger to the stage, Guillame Gelinas breathes life into the paranoid King Aodhan, International student Mariah Purol is nothing short of mesmerizing in the role of Maedbh, the Kings cunning sister and advisor. They are supported by Alannah Sheegreen as the beautiful Princess Caoimhe, Jack McKeon as the mysterious newcomer Niallan, and Luke Fitzgerald as the Kings youngest son, a pacifist who differs from many of the more ruthless characters on stage.

The production speaks of a tale of faith, death, and madness quite unlike anything the drama society has tackled before. The gritty production is shaping up to be one of the finest productions they have performed in years, so make sure to catch it during its three-night run at the Jonathan Swift Theatre.  Doors will open at 7 pm with the show starting at 7:30 pm. Tea and coffee will be provided during the intermission.