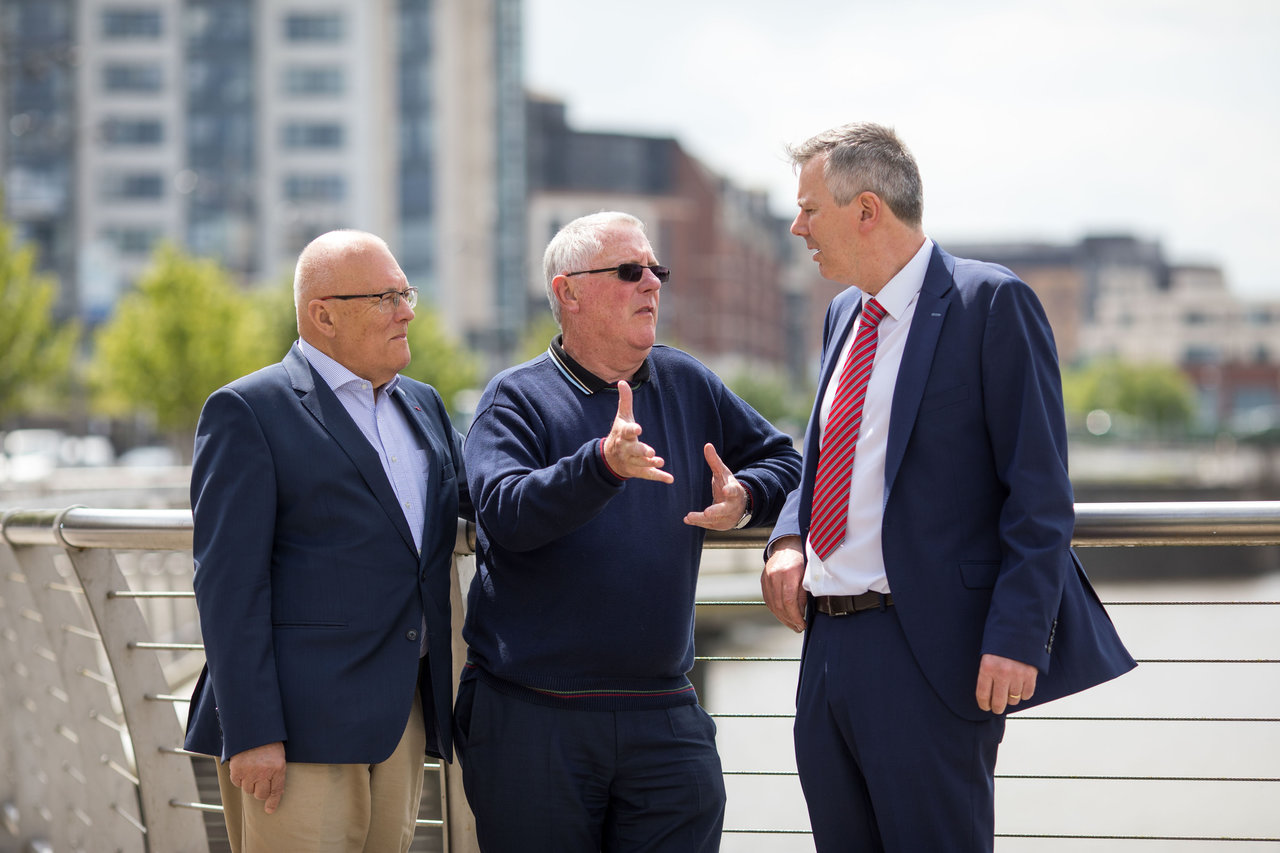 At the CEF Motorways of the Sea Seminar on Understanding the Opportunities from the EU, hosted at the Savoy Hotel in Limerick by Shannon Foynes Port Company, were from left: Prof Peter Balaz, European coordinator for the Ten – T North Sea-Mediterranean Corridor, Brian Simpson, European coordinator Motorways of the sea and Pat Keating, Chief Executive Officer at Shannon Foynes Port Company. Picture: Sean Curtin True Media

The company, which has statutory jurisdiction over all marine activities on the Shannon Estuary, has been included on a second Trans European Network (‘TEN-T’) corridor with its addition to the ‘Atlantic Corridor’.  Corridor designation significantly enhances the opportunity for European funding and helps underpin major planning applications.

In all, there are nine strategic ‘Core Network Corridors’ in Europe under the TEN-T programme, with SFPC added to the ‘North Sea Mediterranean’ corridor as recently and now getting a second designation.

“This is very positive news for Shannon Foynes Port Company and the Shannon Estuary,” said SFPC CEO Pat Keating. “The Core Network Corridors streamline coordinated and strategic development across Europe in line with major funding programmes. If you are not on one of those corridors, it limits the ability to secure major capital investment, like those we have planned at SFPC to expand our operations and maximise the enormous potential of the Shannon Estuary.  If you are, it really strengthens your potential to secure funding and assists in planning.

“Getting this additional designation is further evidence of how much Europe is increasingly recognising the significance of the Shannon Estuary as a key transport node and it is also an initiative to support us post-Brexit.  Europe has stood strong with Ireland on Brexit and this is a specific example of that.  The North Sea Mediterranean corridor takes in the UK, which would no longer be in Europe post-Brexit, of course, and putting us on the Atlantic Corridor is a strategic move in response to this.”

Mr Keating continued: “This is also a very beneficial development from a planning perspective as it helps guide planning authorities.  It effectively states that, at an EU level, this is deemed a location of real importance from a transport perspective.  From a funding perspective then, it prioritises us under the ‘Connecting Europe Facility’, which is a key EU funding instrument that supports the development of high performing trans-European transport networks. We are now seen in that context.”

SFPC Chairman David McGarry said that SFPC and the estuary has long before Brexit been recognised as a significant transport network, particularly because of its location as a gateway between Europe and North America and also because of the natural depts of the waters on the Shannon Estuary.

“Those waters are among the deepest in Europe and with very few ports capable of accommodating the world’s largest ships, this creates a huge opportunity for us.

“We are seeking to capitalise on that opportunity through the implementation of our Vision 2041 master plan.  That requires a lot of investment, which, in turn, can drive our business and employment in the region.  Having access to competitive funding programmes and being recognised as a core European transport asset thanks to this designation is very important.”

The ultimate objective of TEN-T is to close gaps, remove bottlenecks and eliminate technical barriers that exist between the transport networks of EU Member States, strengthening the social, economic and territorial cohesion of the Union and contributing to the creation of a single European transport area

The policy seeks to achieve this aim through the construction of new physical infrastructures; the adoption of innovative digital technologies, alternative fuels and universal standards; and the modernising and upgrading of existing infrastructures and platforms.