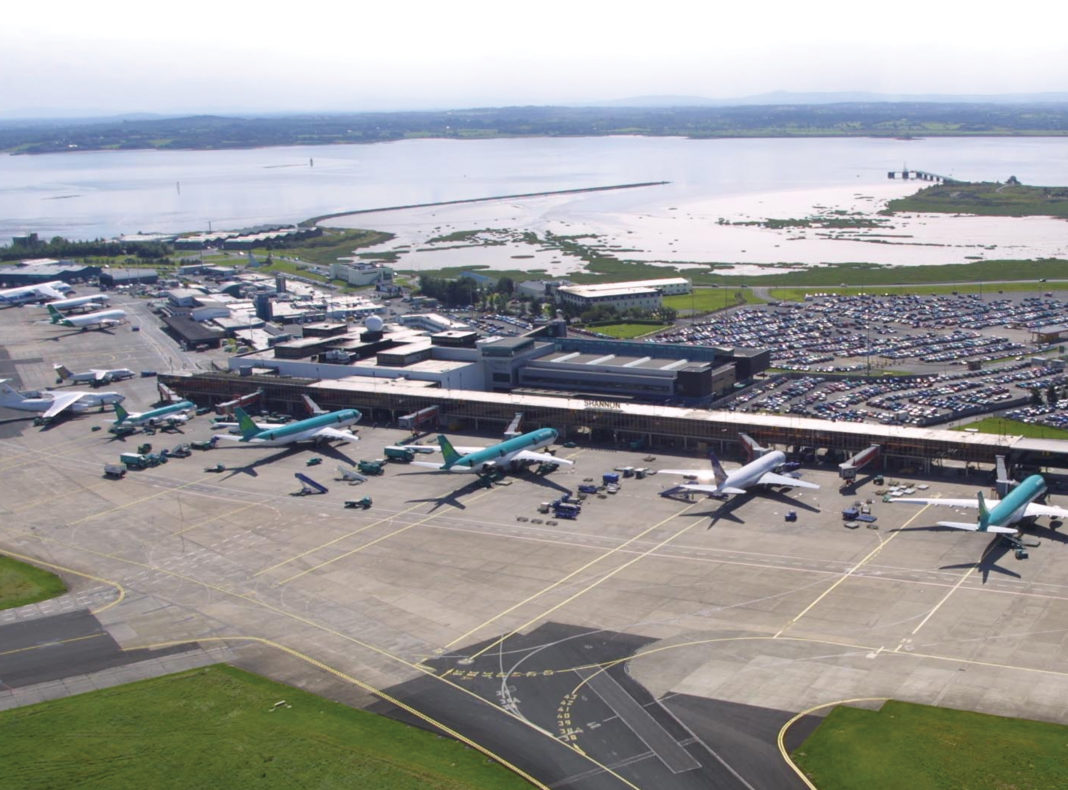 Shannon Airport funding of €32m will be shared with Cork Airport

Shannon Airport is to share in a €32m share of funding going into 2021, it was confirmed on the afternoon of October 10.

The funding will be split between Shannon and Cork airport and is provided by the Department of Transport. This comes in addition to the €10m in capital funding for the bases announced in Budget 2021.

As part of this, the funding package includes an airport charges rebate scheme for the first quarter of the New Year, subject to state aid approval by the European Commission. It has also been decided that a study will be undertaken to assess the potential for a rail link from Shannon Airport and Shannon Town to the Ennis to Limerick rail line.

Revisions to the previously allocated figures are due to a very difficult winter season being faced by the aviation travel sector. Since the beginning of the pandemic the passenger numbers through Shannon Airport have declined drastically. An extra €48m in support will be provided by the Government, in addition to those announced in the budget.

Mary Considine, the Chief Executive of the Shannon Group, which operates Shannon Airport, has welcomed the funding. She said, “It will support our airport operations and our aviation partners next year, as we continue to manage our way through what will be a challenging few years ahead for aviation. Together with the difficult cost containment measures we have had to put in place, the funding we will receive will allow us to navigate our way through this crisis.”

She also said the support will also benefit businesses not only in the Midwest but also along the western seaboard, which rely on Shannon’s services. As expected there has been an immediate welcome from local TDs to the announcement of the funding.

They have also praised the idea of building a rail spur to link Shannon Airport, describing it as a “game-changer” for transport in Limerick.

Mary Considine also said, “It is important to say that this support will benefit not only the airport but businesses in this region and along the western seaboard who rely on our airport’s air services for their livelihoods. We look forward to engaging with the Department of Transport on the details of the funding allocation for Shannon.”

Dee Ryan of the Limerick Chamber this past September called for a plan to ensure that Shannon Airport and its surrounding regions are primed for any recovery in global aviation.

She noted that the Limerick Chamber, “believes it is essential that any Government subsidies or support to airlines will be contingent upon commitments from airlines to increase regional route connectivity” and called on the airlines, the Government and the airport to come together for meaningful discussions to ensure that the best possible solution for everyone.