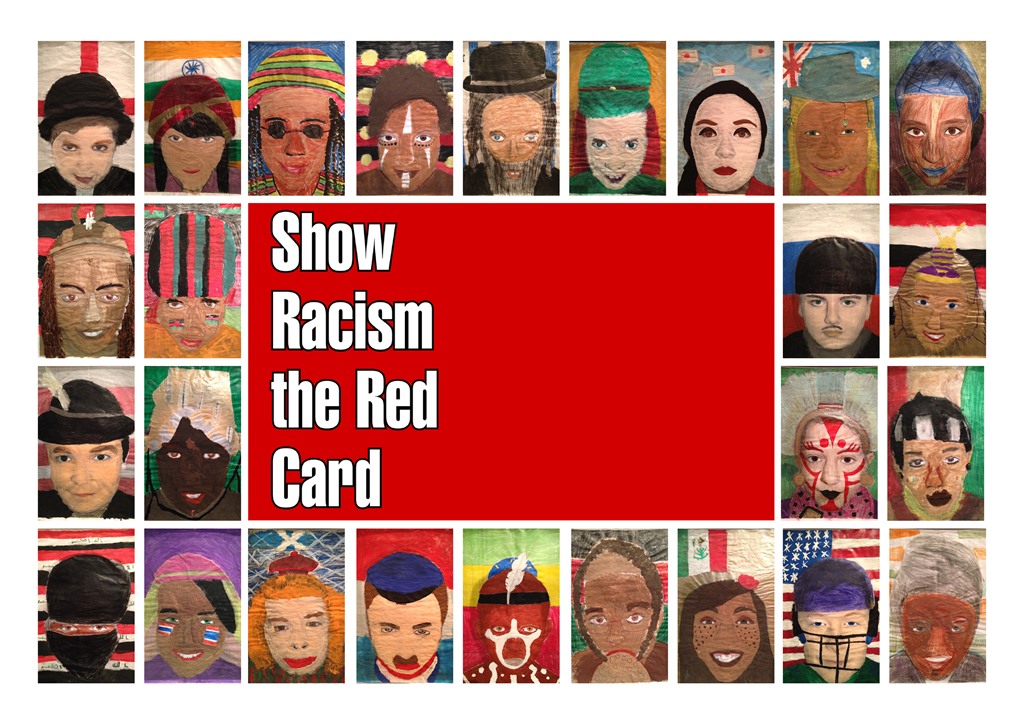 Show Racism the Red Card Showcase at The Hunt Museum

The Hunt Museum are  holding an exhibition of the students work from Caherline N.S from Monday 8th June and will run until Sunday 14th June., with the official opening held at 4pm on Monday 8th and all are welcome to attend.

Recently Limerick based school Caherline N.S won first prize in the Primary School Award of the national then,“Show Racism the Red Card” competition. They were presented with their prize at the Aviva Stadium in Dublin. Show Racism the Red Card is an anti-racism charity. The aim of the organisation is to harness the influence of high profile sportspeople to combat racism.  The organisation works to produce anti-racism educational resources, and to educate young people through workshops, summer camps and coaching activities.  Show Racism the Red Card education pack, which is used in schools and youth services around Ireland, features top stars of Irish sport and young people relating their views on racism so as to promote an educational message to challenge racism.

Caherlin N.S entry for the competition consisted of 26 self-portraits where students re imagined themselves as a different nationality. Students researched and chose different nationalities to represent. This research inspired the children to transform their appearance to that of a person living in the country they learned about. For example, one of the pupils painted their portrait as if they were a Geisha Girl. They also submitted a video made by the students and two posters. The video was produced to incorporate the self-portraits and a performance piece, with a specially composed song to accompany the performance.

Winning a National Competition such as “Show Racism the Red Card” was a wonderful achievement for the school. It is an award the school is extremely proud of, given the plight that racism is not only in school but also in society. The children realised that they could make a difference in promoting equality and fairness by means of their video, which was a creative mix of art, song and performance.  As a school they are thrilled with the knowledge that their video will help promote respect for all beliefs and all backgrounds. The video sends out a strong message that there is only one race……..”The Human Race”.

The award was the fruit of much hard work and planning by the pupils and staff. The project was co-ordinated and planned by Miss Lambert who worked hard with the pupils and other staff members to create the award winning video. In all 88 pupils helped to make the video. Caherline N.S feels education is the way forward in this respect- after all we are not born racist, it is something children learn as much as they are not born knowing a poem or long division sum!