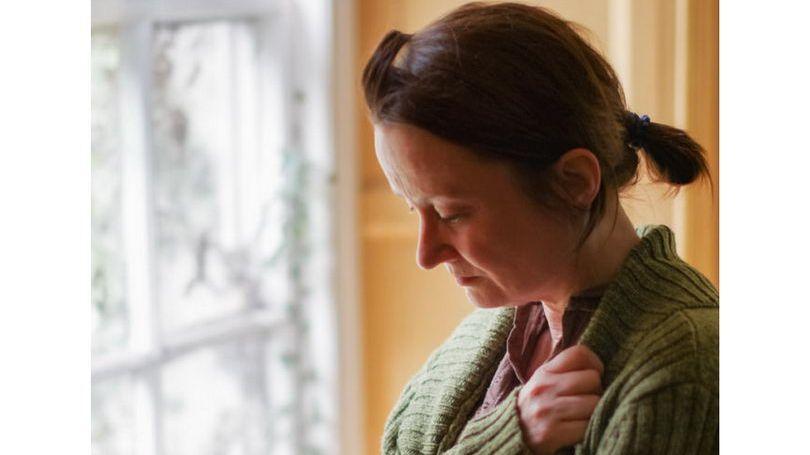 Bottom Dog Theatre Company have announced their 2019 season which marks 11 years of making theatre in Limerick.  The company, who were awarded the highest civic honours by Limerick Council in 2015 for their contribution to arts and role as cultural ambassadors for the city, return with ‘Smallone’ at the Belltable in March before touring nationwide throughout May.

The debut play by Bottom Dog actor and director John Murphy was staged off-site in 2017 for a sold out 6 performances. It now returns to the Belltable stage on Thursday March 28 for one night only.

Starring Limerick actress Michelle O’Flanagan in a stunning professional debut, and directed by the author, ‘Smallone’ is a heartwarming, tender and moving production that captures the loneliness of those in plain sight, but also their incredible resolve to confront the world with humour and strength. Full of darkly comic humour, profound moments of poignancy and yet a bold affirmation of life, it left audiences moved and thinking over the play for weeks after its original run.

Bottom Dog are no stranger to powerful productions in recent years with their international award-winning ‘Language UnBecoming A Lady’ stealing hearts in New York, and their vibrant and punk production of ‘Drinking In America’ starring Liam O’Brien and Steve Ryan touring to critical acclaim in 18 venues across Ireland.

In September last year Bottom Dog packed out the Belltable for a special 10th-anniversary fundraising celebration including scenes from all of their previous work. To date the company has staged 14 main stage shows, 8 tours, played to over 25000 people and employed countless actors, creatives and crew – creating opportunities for professional artists from the city to not only showcase their work but to develop and thrive on the local, national and now international stage.

One of the country’s hardest working independent theatre companies, Bottom Dog have been supported this year by a key theatre production bursary from Limerick Council and Arts Office. Along with significant venue support, this has enabled them to take ‘Smallone’ on a 15 venue tour of the country taking in prestigious theatres such as the Town Hall Theatre in Galway, Garter Lane in Waterford, and locations as far as Donegal, Wexford and Dundalk.

‘Smallone’ is Bottom Dog’s first production of the year but is only kicking things off. They also announced several forthcoming projects, which form part of their landmark 11th season.

An 11th season brings an 11th annual series of rehearsed readings. A highlight of the theatrical calendar in Limerick, the readings which have taken residence at One Pery Square Hotel for the past 7 years, have allowed 40 plays to be staged since 2009.

Over 25 directors and over 125 different actors have come together to rehearse and perform readings of the world’s great play scripts in that time. Grouped on a theme such as last years ‘Four Political Plays’ or 2014’s apt centennial ‘Four War Plays’, this year the theme is family. Michelle O’Flanagan has curated this year’s season for the first time.

Four Family Plays kick off in One Pery Square on Sunday, April 7 at 8 pm, and every subsequent Sunday for the following three weeks. Casts and directors will be announced shortly but plays include the iconic Da by Hugh Leonard, the Tony Winning ‘The Little Foxes’ by Lillian Hellman, the quirky but lovely ‘Eleemosynary’ by Lee Blessing and the well-known classic ‘The Year of the Hiker’ by John B. Keane.

To close the season, a new production is underway from the creative mind of Myles Breen this November. Responsible not only for writing ‘Language UnBecoming A Lady’, ‘Porkville, The Bachelor of Kilkish’ and ‘the Book of Joe Myles’ also helmed so many of Bottom Dog’s successful productions such as Mike Finn’s ‘The Revenger’s Tragedy’ and their much loved musicals Killer Kabaret and Elegies for ‘Angels’, ‘Punks’ and ‘Raging Queens’.

Though details are being kept close to their chests, the new play will be a love song to the work of Oscar Wilde and will debut this November in Belltable as Bottom Dog’s 15 main stage production since 2009.

With programming throughout the year as always, Bottom Dog continues to be the busiest theatre company in the mid-west, with no signs of slowing down.

Booking for Smallone is now open online for Belltable or by calling the box office on 061 – 953 400.

For more information about the new play ‘Smallone’, click here