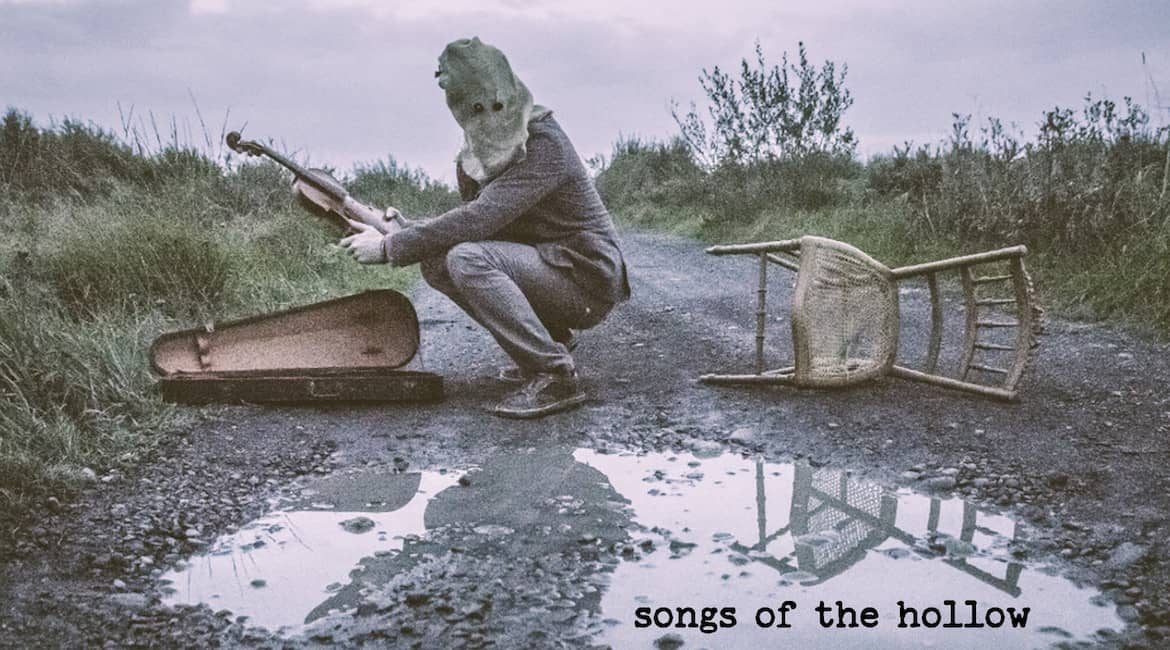 Promotional picture of cua’s new album songs of the hollow.

John Davidson, Shane Booth & Ros O’Meara bring together dynamic and contrasting instrumentation and vocal arrangements. The group has an expansive acoustic soundtrack of blending guitars, fiddle, bouzouki, percussion and 3 part harmony arrangements to create a world music folk styling the group calls Atlantean. Soaring melody lines, dirgy, intense acapella vocals and complex rhythmic structures will have the blood pumping through even the coldest of auditoriums. The cua live experience has been compared to the melodic intricacies of Planxty combined with the harmony skills of Crosby, Stills, and Nash.

cua are set to perform their third studio album, Songs of the Hollow, a celebration of their musical journey over the last 3 years at this year’s Limerick Fringe, on April 5th at 8pm. Lyrically, cua write with a historical interest and social conscience. The trio have steadily built a strong reputation and following for their engaging, passionate and highly original performances, sharing the stage with greats such as Andy Irvine, The Fureys, and Hazel O’Connor. A night of haunting, heartfelt, honest and harmonious musical tales awaits.

cua truly pride themselves on their diversity, with subtle nods to many genres, whilst keeping a folk, world, roots and traditional line throughout. All members are multi-instrumentalists and are inspired by many aspects of the musical spectrum including roots, blues, gospel, jazz fusion, traditional, neo-classical, bluegrass and more. Their approach to music is inspired by the history, landscape, and peoples of the Atlantic areas.

“So I’ve stopped wondering and now simply enjoy Songs of the Hollow, an album of variety and of voices, of echoes and of influences, and of emotions and passions.”   –  Richard Hollingum, folk radio UK

“…harks back to the peak of traditional folk with a slight blues-rock edge, a more energised version of Pentangle meeting Free’s Fire and Water, and of course developing into a gripping contemporary Irish trad mould”   – Remy, thebestofmusicandfilm.blogspot

For more information on Songs of the Hollow, go here.

Plan your Summer fun with the new Limerick Festivals Guide