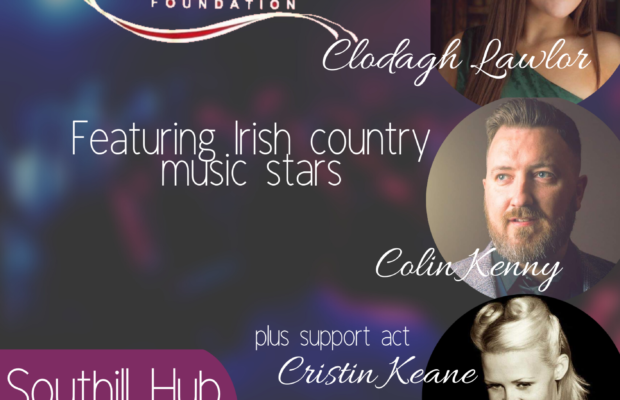 Pictured is the poster for Southill Bingo’s Hoolie in the Hub event.

On Thursday, February 20, Southill Bingo and Southill Hub present Hoolie in the Hub. The event will work as a fundraiser for the Share A Dream Foundation.

Hoolie in the Hub will give attendees a night to remember, full of country and western music to enjoy. Some of the featured musicians will include ascending-to-stardom performers around Ireland.

Clodagh Lawlor and Colin Kenny will make the night spectacular as they perform some of their hits, along with former The Voice of Ireland star Cristin Keane. Lawlor, specialising in Irish folk and country music, has recently released her single “One Day at a Time”.

Kenny has made progress in his music career through Facebook. He announced a new song “Head Over Heals In Love” on January 28, 2020 and is hoping to make more in the future.

“We want to give back to ‘Share a Dream’ as they have gone through so much and it’s times like this when a community bands together. From the acts to the organizers, everyone is excited to have a Hoolie in the Hub and we hope when people leave, it will be with a sense of pride that they have donated to such a wonderful cause,” he added.

For more information on Hoolie in the Hub, click here.