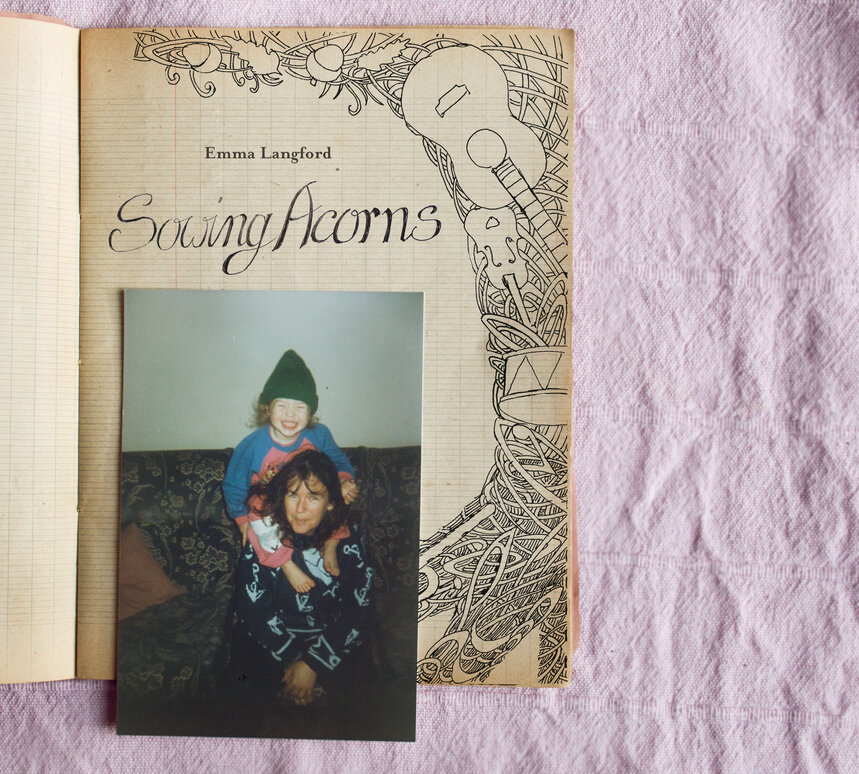 Sowing Acorns is a collection of 13 warm and reflective songs, lovingly embedded against a folk-imbued backdrop of strings and percussion.

The versatile singer-songwriter from Caherdavin launches her long-awaited second record following a rigorous three-year-run of gigs, tours and collaborations since her hugely successful debut in 2017 with Quiet Giant.

Arguably one of the finest songwriters and vocalists to emerge from Ireland in recent years, Emma won the title of Best Emerging Artist at the RTÉ Radio 1 Folk Awards in 2018. Never one to rest on laurels, she has risen to that mantle and delivered consistently since. As part of an international tour, 2019 saw Langford make her US debut at the world’s biggest celebration of Celtic music, Milwaukee Irish Fest, with a show-stopping closing-night performance in tribute to Dolores O’Riordan before eleven thousand festival-goers.

Langford’s latest project is steeped in the musical influences of Joni Mitchell, The Staves, Lisa Hannigan and Anaïs Mitchell. Sowing Acorns is a collection of 13 warm and reflective songs, lovingly embedded against a folk-imbued backdrop of strings and percussion.

While her 2017 release Quiet Giant could be said to be a coming-of-age record, Sowing Acorns is very much a declaration of who Emma Langford is and intends to be, the woman and the artist. The songs on this album pivot on an axis of female strength and empowerment (Birdsong), but never shy away from vulnerability; she openly delves into personal encounters with grief (The Winding Way Down to Kells Bay), ambition (Song For My Younger Self), and broken relationships (You Are Not Mine), while touching on other loose themes along the way. Regardless of whether the song drifts toward a folk or a soul sensibility, the common denominator throughout is Emma’s vocal range and tone, combined with strikingly observational and incisive lyrics. 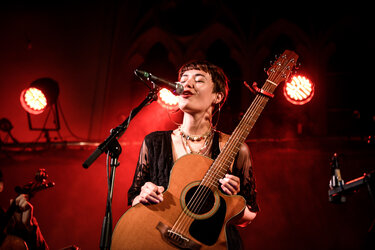 Langford (pictured above) has a small number of dates lined up to celebrate its release into the world. Picture: Conor Kerr

The album lands amid the disquieting lull of the COVID-19 pandemic, but Langford has a small number of dates lined up to celebrate its release into the world including shows at the Triskel in Cork; the TF Royal Hotel and Theatre, Castlebar; the Whale Theatre in Greystones; and a special full-band virtual concert live from Limerick on release day as part of Limerick’s Culture Night programme.

Sowing Acorns will be available to purchase digitally and on CD and vinyl HERE from the 18 of September, and across all online stores from the 21.

Catch Emma perform songs from the album and old favourites live at her upcoming shows:

Culture Night – 8pm, Friday 18 Sept – Album Launch virtual concert; an intimate advance preview of some of the songs from Sowing Acorns ahead of the album’s official launch concert sometime later this year. Emma is joined by friends Alec Brown on cello, Ray Yrure on percussion, Lucia MacPartlin and Niamh Varian Barry on violins, and Ann Blake on bass.

In the spirit of Culture Night, this virtual concert is free to view, but viewers are invited to make a donation via PayPal HERE

+ additional dates to be announced soon.

Find out more about Emma Langford: