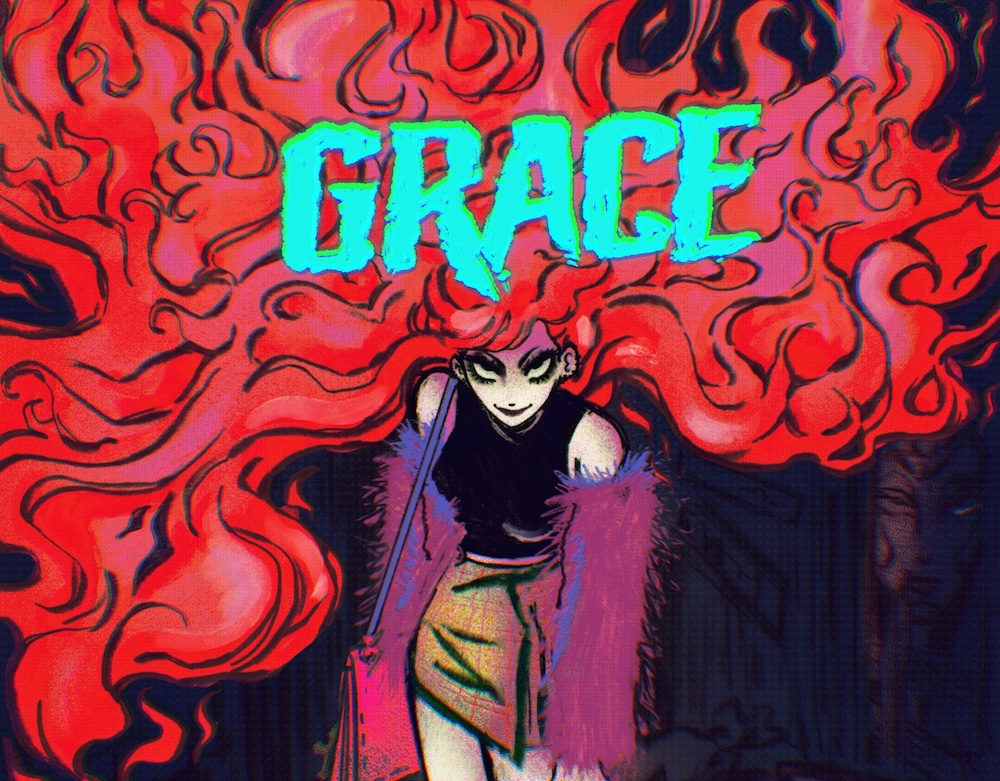 SQUAD Productions presents GRACE, the first of a trilogy of radio plays

SQUAD Productions presents GRACE – The story centres around Grace, who is on a badly-needed night out for her friend’s ‘coming-out party’.

SQUAD Productions presents GRACE, the first of a trilogy of radio plays 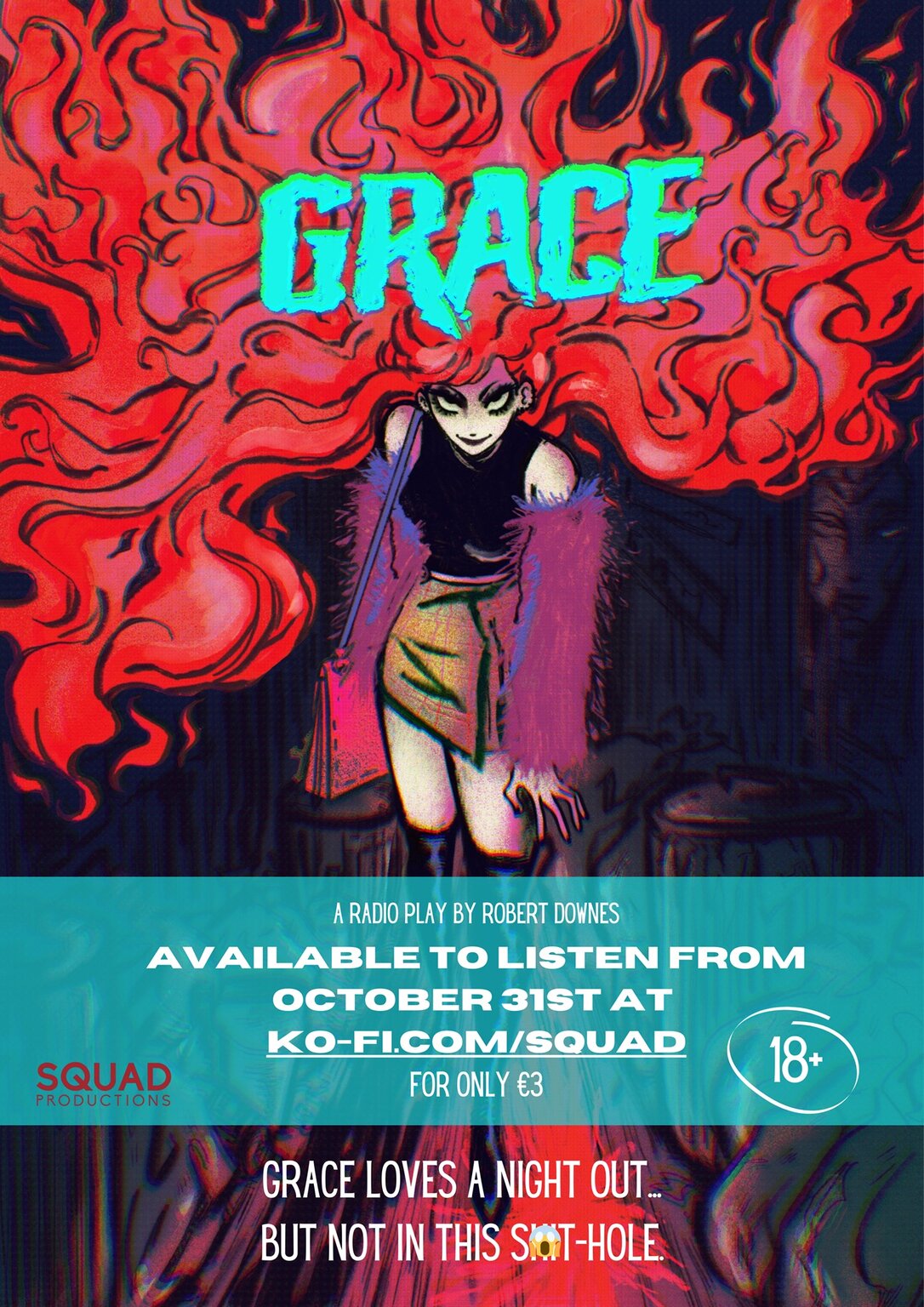 GRACE is the cheapest night out you’ll ever go on. For only €3 you can listen to SQUAD’s spookiest play yet.

Prepare to be thrilled, blood to be spilled, and your innocence killed by Grace, a campy horror radio play written and directed by Robert Downes and produced by SQUAD Productions.

The story centres around Grace, who is on a badly-needed night out for her friend’s ‘coming-out party’. (Which is not a thing…what a hobgoblin…)

Follow Grace through the night, hear her evil, terrifying thoughts that will leave you wondering, “how does this girl even have friends?”.

SQUAD Productions is a socially conscious theatre company that aims to create new work through collaboration and new techniques with new and emerging Irish artists. GRACE was produced entirely over Zoom, with members of the production team and cast based in Dublin, Limerick, Galway, Meath and Donegal.

Robert Downes is a recent graduate of the MA in Drama and Theatre Studies from NUI Galway. He is a Dublin based theatre maker, Drama teacher and facilitator working with diverse groups to create new and interesting theatre projects. As Artistic Director of SQUAD, he is super excited to jump into this new creative realm.

Tamar Keane is a County Clare native, based in Dublin, theatre-maker who specialises in sound design and production management. Tamar has worked in theatre production for the last five years and has created work with companies such as Smashing Times, TU Dublin and Reality:Check, as well as many artists across the industry.

Kate McBrearty is a Galway-based producer and theatre-maker from Limerick, who has just completed her Masters in Theatre Practice & Production in NUIG. Previously, Kate has worked with Bottom Dog Theatre Company in Limerick and Brú Theatre Company in Galway.

Sarah Maloney is a Limerick-based illustrator and animator who studied in LSAD. She has worked with RTÉ Junior and has been nominated for Best Art Direction/Design for her animated short “Dúnmharú” at the Dingle Animation Festival. Sarah runs her own online shop HERE and can be found @princetamago_ on Instagram.

‘...small play with a big heart…hugely ambitious SQUAD Productions could well be ones to watch in the future.’ – Chris O’Rourke, The Arts Review on HashtagRelationshipGoalz (Smock Alley)

GRACE is the cheapest night out you’ll ever go on. For only €3 you can listen to SQUAD’s spookiest play yet, available HERE from 31 October (Ages 18+).

Related Topics:SQUAD Productions
Up Next