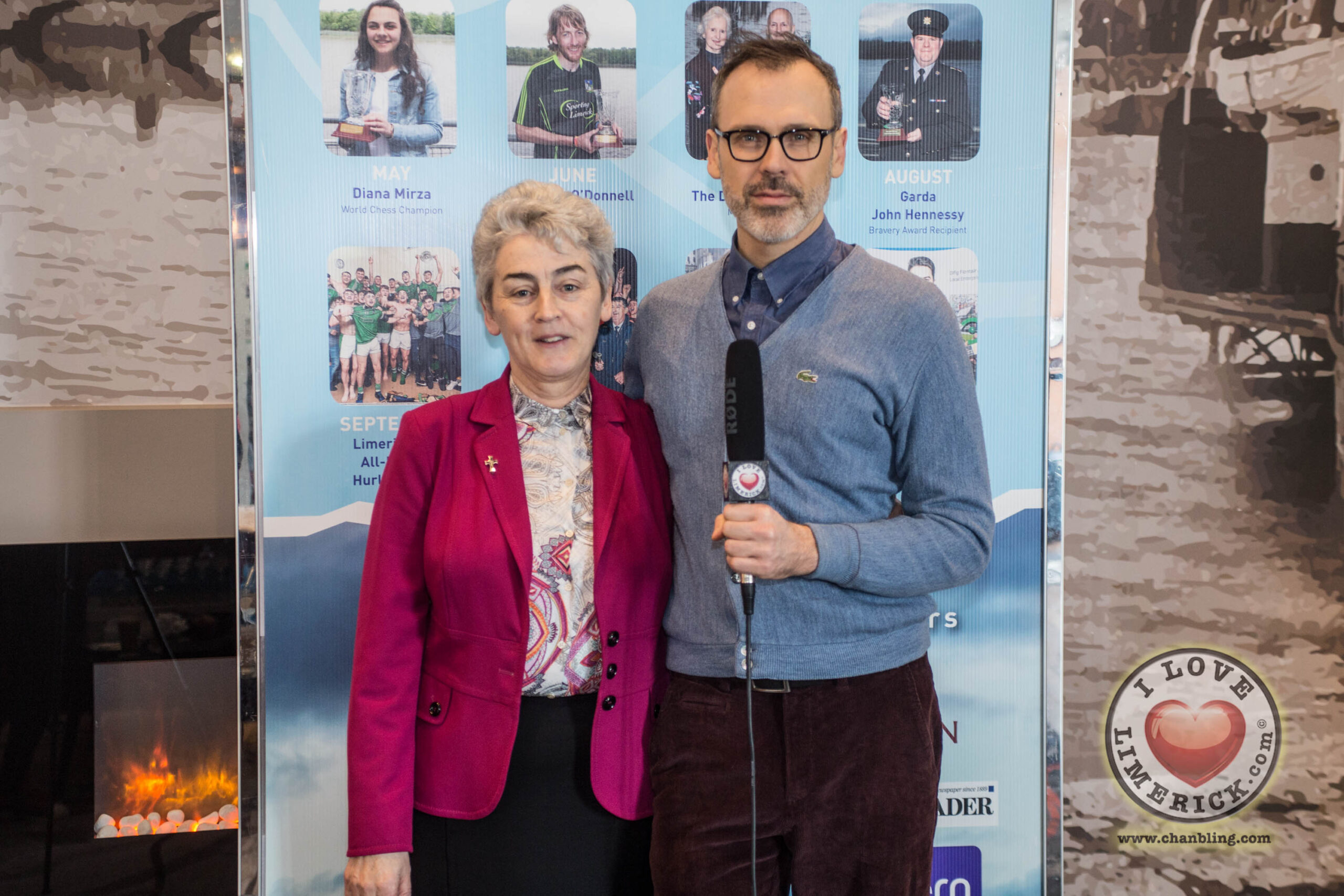 A chat with the inspirational Sr Helen Culhane, Founder of the Children’s Grief Centre

A chat with the inspirational Sr Helen Culhane, Founder of the Children’s Grief Centre

Sr Helen Culhane pictured with her Limerick Person of the Year award in 2017. Picture: Cian Reinhardt/ilovelimerick

The Children’s Grief Centre, located in Limerick city, is a free support service for children and young people who have experienced a loss through bereavement, separation, or divorce. Founded in 2009, the centre has since grown greatly, having helped over 1400 children to deal with the emotional and mental effects of dealing with a loss.

We spoke to Founder and Director of the Children’s Grief Centre, Sr Helen Culhane, and she told us about the running of the centre, their plans, and the importance of a listening ear.

Helen, who is now 63, was 23 years old when she became a nun and she is a qualified social worker, psychotherapist, and counsellor. A native of Croom, Sr Helen says she feels she can easily relate to children because of her own experiences in her life dealing with loss as her parents, Denis, and Kathy, both died of cancer at Milford Hospice. When she was only five years old, her baby brother Martin died in cot death and two years later, her infant twin brothers, John, and James were stillborn. This is what inspired her to set up the Children’s Grief Centre. She was the proud recipient of the Limerick Person of the Year award in 2017 for her work with the centre.

Why did you decide to set up the Children’s Grief Centre?

In 2007 the Sisters of Mercy held what Religious Congregations call a Chapter – a kind of national convention. The ensuing Chapter Statement encouraged us to “Engage with the questions and struggles of our time”. Reflecting on that statement, what emerged for me was an awareness of the lack of services for children and young people. I also had the personal experience of losing my brother Martin when I was five years old.

My work over the years has allowed me to build up a wealth of experience in working with children and adults, and I went on to qualify as a counsellor and psychotherapist with the Dublin Counselling Centre in 2015.

What services and facilities are available at the Children’s Grief Centre?

Since its foundation in 2009, the Children’s Grief Centre has worked with over 1,400 children. Back in 2009, I never would have thought that there would be so much demand for its services. The Centre provides one-to-one support for school-aged children and young people affected by loss through death, separation, or divorce. We also offer training to a wide variety of organisations and educational institutions. Our school’s workshop programme was devised to offer support to teachers within the school environment around how best to support children who have experienced loss and grief in their lives.

How important do you think this centre is to the children and families who have used and continue to use its services?

I will leave it to the children and parents to respond. I am including some comments from parents, children, and young people:

Children/young people when asked ‘what did they find helpful? ‘responded:

Parents when asked ‘what did they find helpful? Responded:

How is the Grief Centre funded?

The costs of delivering our service are met by a diversified income stream. The centre can operate in part because of the in-kind donations by the Mercy Congregation, including the use of our current premises and other facilities. The Centre’s full-time support worker is funded by a joint grant from TUSLA, Child and Family Agency, and the Health Service Executive, HSE. A part-time support worker position is funded by the Limerick City & County Council under the Social Intervention Fund. Our service is also sustainable due to the generosity of our volunteers. As Director, I work for the centre free of charge. Several volunteer Support Workers also generously give of their time, thereby helping to sub vent the ongoing operation of the Centre

As awareness of the Children’s Grief Centre has grown over recent years, so too has our income from fundraising events. We have seen a steady increase in the number of individuals and companies hosting events on our behalf. Each year, the centre organizes several events that provide a steady stream of revenue.

Have you always had a love and passion for helping children? Where do you think this came from?

I am the second eldest of ten children and when you grow up in a big family, you learn to think of others. As a child, I vividly remember my mother inviting in a young travelling lady and her children and tea was served. My mother sat with this young woman and listened to her troubles, and as she left gave her butter, milk, and sugar. These actions of love and care by my mother went on to have a deep effect on me.

How many people does the Children’s Grief Centre employ, and who else is involved in the running of the Centre?

We employ a part-time fundraiser, two part-time administrators, and a part-time housekeeper. We employ one full-time support worker and one part-time support worker. I give my time as Director of the Centre voluntarily. Our service is also sustainable due to the generosity of our volunteers and the Mercy Congregation. We also have a Board of Directors, drawn from diverse backgrounds, who bring a broad range of experience and skills to their deliberations. Board members are voluntary, unpaid positions. They also have oversight of the Centre’s operations, recommend a strategic direction, and support the Director.

Is your job difficult at times?

The work I have had the pleasure to be a part of is not a sacrifice. It is a privilege.

I have been allowed to be a part of people’s lives. My life has been transformed through these encounters. You will find that the more you give, the more you will receive. As Mahatma Gandhi said, “To find yourself, lose yourself in the service of others.”

What would your main message be to children or families dealing with a loss or separation?

From my experience of working with children and young people, the message is simple: listen. If children are not able to voice their feelings and learn to accept that grief is a normal part of bereavement and separation, they can experience difficulties in adult life.

What have you learned during your career of working as a social worker, and as a counsellor and psychotherapist?

What I have learned most of all is the power of a listening ear.

What are your hopes and dreams for the future?

The Children’s Grief Centre is now at the stage of looking to establish a more permanent and sustainable premise for the future. As well as improving the physical size of the building, our new plans will create a more stimulating environment for children and young people. Our Dream Build is based on a Bereavement Support Service in Oregon called the Doughy Centre which I visited in July 2019. Our new building will allow us to grow and expand and continue to provide support to children, young people, parents, organisations, and communities affected by a loss.

The people of Limerick and surrounding counties are very supportive of our work. We have a huge challenge ahead in raising two million euros for our new Centre. However, our foundress Catherine McAuley had an unswerving trust in the abiding Providence of God, which I share, and she asked her Sisters to “Put your whole confidence in God. He will never let you want”.

For more information on the Children’s Grief Centre, click HERE.

For more stories on the Children’s Grief Centre, click HERE.

Heroes Aid PPE to be delivered to Limerick frontline workers