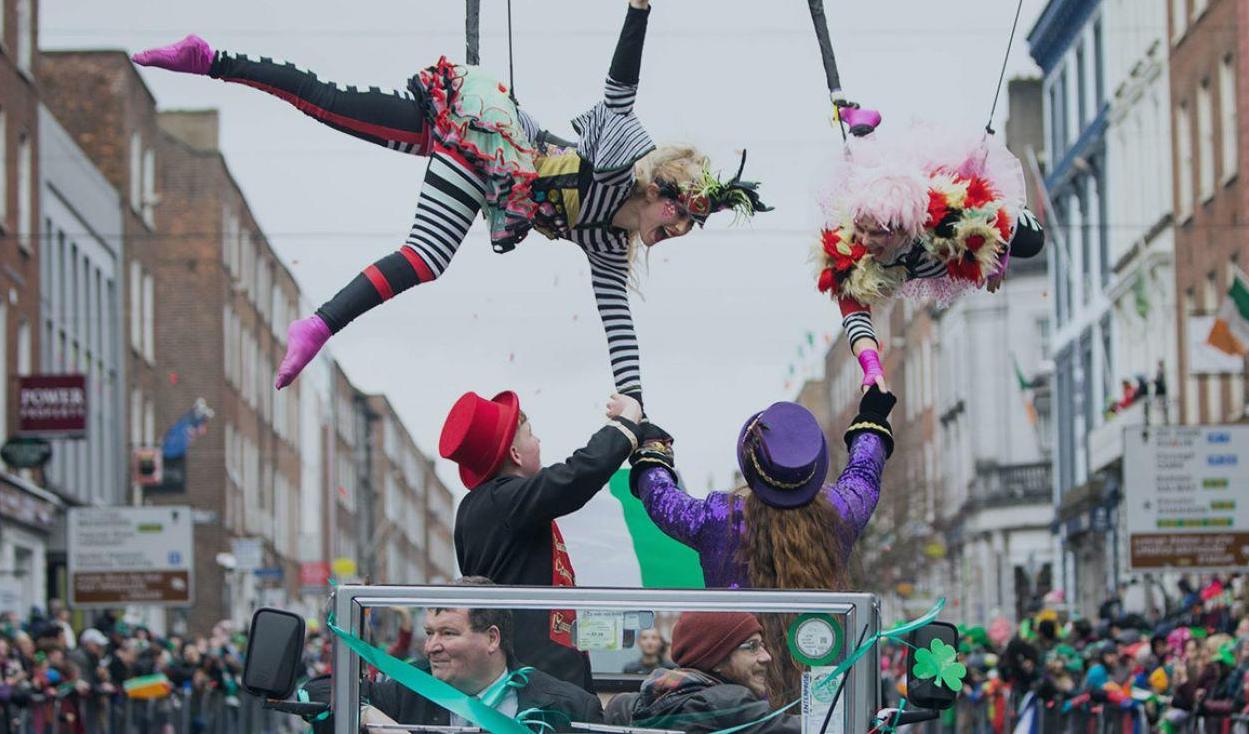 Limerick’s St Patricks Festival 2020 will be shown to millions of people on American television – courtesy of Tourism Ireland and Fáilte Ireland.

Limerick’s St Patricks Festival 2020 will be shown to millions of people on American television – courtesy of Tourism Ireland and Fáilte Ireland. It’s part of a major tourism initiative to attract more international visitors to Limerick and Ireland this year.

ABC Network and global internet media company Travelzoo will be covering all the fun, the colour and the spectacle of Limerick’s St Patrick’s Festival as the two-kilometre parade route will be filled by participants from all parts of Limerick and across the country, including schools, sports clubs, industry and the new communities that now call Limerick home.

The theme of this year’s parade is ‘Our Future is Green’ and all participants will showcase their green credentials as part of this year’s Limerick St Patricks Festival 2020.

To celebrate this year’s theme and to mark Limerick as European Green Leaf City 2020, climate activist Saoirse and Tidy Towns and Team Limerick Clean-Up champion Helen O’Donnell have both been named as Grand Marshals for this year’s parade.

The expected tens of thousands of spectators will be thrilled by colourful and high energy entries as they make their way down O’Connell Street from Roden Street all the way down to Rutland Street on 17 March from 12 noon.

The parade promises to be a carnival of colour and celebration with music, dance and spectacle from local groups and renowned street theatre companies like Limerick’s Lumen.

Limerick City and County Council is working with Fáilte Ireland to help develop the festival and promote Limerick as an ideal destination for visitors.

Niall Gibbons, CEO of Tourism Ireland said: “Tourism Ireland was delighted to invite ABC TV and Travelzoo to Limerick, to experience and film this year’s St Patrick’s Festival. It is a wonderful opportunity to highlight the festival and the city to a huge audience across the US– inspiring them to put Limerick and Ireland on their holiday ‘wish-list’ for 2020.”

Saoirse Exton said: “I’m really excited about being one of this year’s two Grand Marshals because I’m starting to see change when it comes to Limerick and our attitude towards our environment. I think we should celebrate the changes we have made, and prepare for the changes that we will need to make in the future to achieve positive and engaging climate justice for all.”

Helen O’Donnell said: “I’m delighted to be Grand Marshal for the 2020 Limerick St Patrick’s Day parade as making Limerick a clean, green place to live and enjoy is something that I feel very passionately about. There’s a wonderful community spirit evident in the Team Limerick Clean-Up movement, particularly across all the volunteers who take part on a weekly basis to keep Limerick clean and I’ll be proud to be representing them on the day.”

Mayor of the City and County of Limerick Cllr Michael Sheahan said: “Limerick always comes alive during the Limerick St. Patrick’s Festival and this year is no different. By embracing the green theme, participants will be able to celebrate our National Day and be conscious of a very important issue at the same time. I am sure that those in businesses, organisations and sports clubs in Limerick have used their imaginations and come up with some creative and informative entries for this year’s parade.”

“The recent storms have shown us that climate disruption is already having diverse and wide-ranging impacts on our environment so it’s a hugely important issue. We’re also delighted that global eyeballs will be on Limerick thanks to Tourism Ireland bringing international TV crews to Limerick so it’s set to be a great festival weekend.”

The traditional St Patrick’s Day Parade is just one of a number of events taking place across Limerick as part of Limerick’s St Patricks Festival 2020.

Limerick has the edge on other cities as it hosts the country’s only International Band Championship, now celebrating its 50th year.

The sight of all these marching bands along O’Connell Street is something to behold on Sunday 15 March from 12 noon.

Last year the festival gave you the moon – this year it’s the whole world!

To celebrate this year’s theme, Gaia by Luke Jerram arrives in St Mary’s Cathedral from 15 – 22 March. See how planet Earth looks from space and reflect on ways we can protect our ecosystem for future generations. This new touring artwork by artist Luke Jerram brings together a fusion of NASA imagery and atmospheric surround sound floating beneath the cathedral’s 12th-century arches.

Aoife Potter-Cogan, Festivals and Events Officer at Limerick City and County Council said: “Limerick St. Patrick’s Festival has grown from strength to strength and each year we work to ensure that the programme is as colourful, entertaining and inclusive as possible. We are delighted to announce that Limerick is now a Tier 1 partner with Fáilte Ireland for St. Patricks Festival Ireland. One of the most exciting outcomes of this partnership is for the first time Limerick’s parade festivities will be broadcast live on US TV networks creating a wonderful link between Limerick and its vast Diaspora and others in the United States.”

Among the other events taking place for Limerick St Patrick’s Festival include:

Keep up to date with the full festival line-up, including road closures click here.