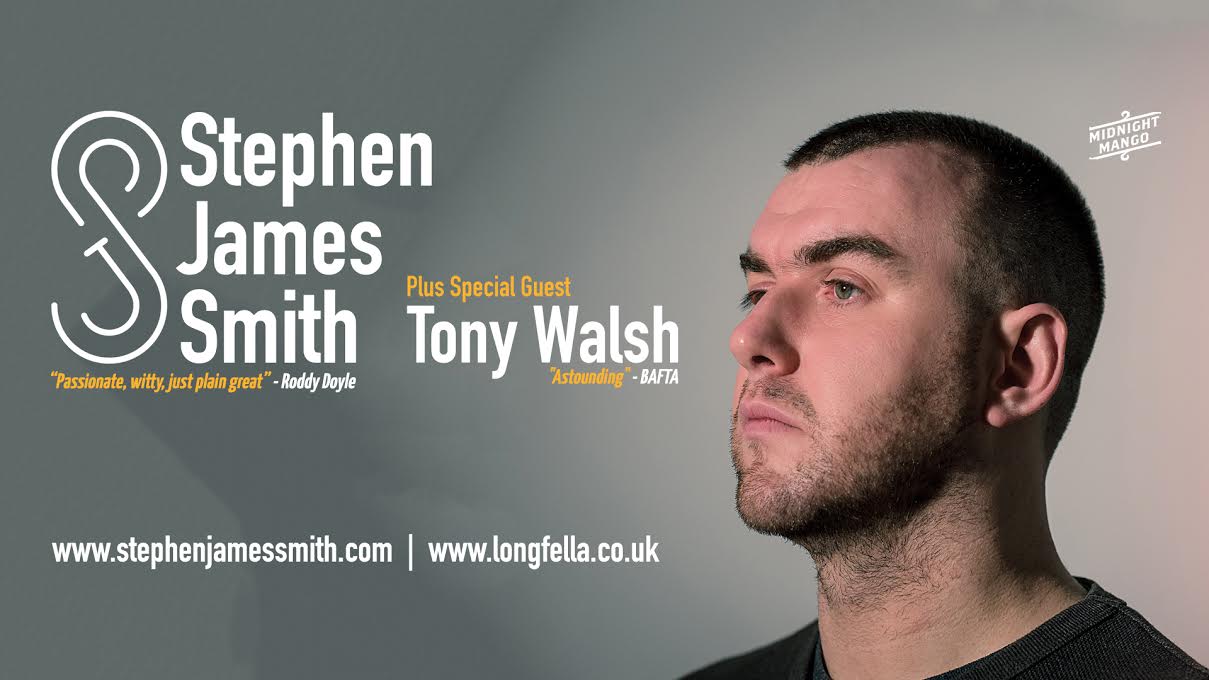 Stephen James Smith:new stories will arise on the journey.

Stephen James Smith, the Dublin poet and playwright central to the rise of the vibrant spoken word scene in Ireland today, kicks off his UK and Irish tour this October.

Fans can expect an interactive gig, unlike any poetry reading you’ve been to before. Stephen will be joined by legendary Manchester poet Tony Walsh as a special guest on the full UK and Ireland Tour with the two bards set to regale the audience for over 90 minutes with poems of sorrow and joy, no doubt new stories will arise on the journey.

Tickets are on sale now for all UK and Ireland dates which include Dolan’s Limerick on October 4.

Stephen James Smith has toured to over 12 countries around the world, this upcoming UK and Ireland tour follows the success of his nationwide tour last year which culminated in his first hometown headliner at The Button Factory. His commissioned spoken word videos (including Dublin You Are, My Ireland) have amassed over 3 million views online in partnership with: Creative Ireland, Listowel Writers’ Week, Dublin Culture Company, St. Patrick’s Festival. These have to lead to him performing at high profile events in London Palladium, Nuyorican Poets Café, New York, Cultural Centre Irlandais, Paris, National Concert Hall, The Abbey Theatre, Vicar Street, Glastonbury Festival and many more. He also works with different community groups around Ireland and gives regular writing workshops in schools. He sold out of his debut collection of poetry (Fear Not, September 2018) within two months of its release.

This October he embarks on his second UK and Irish tour. Some of Smiths fans include; Glen Hansard, Imelda May, Eddie Vedder, Paula Meehan, Christy Moore.