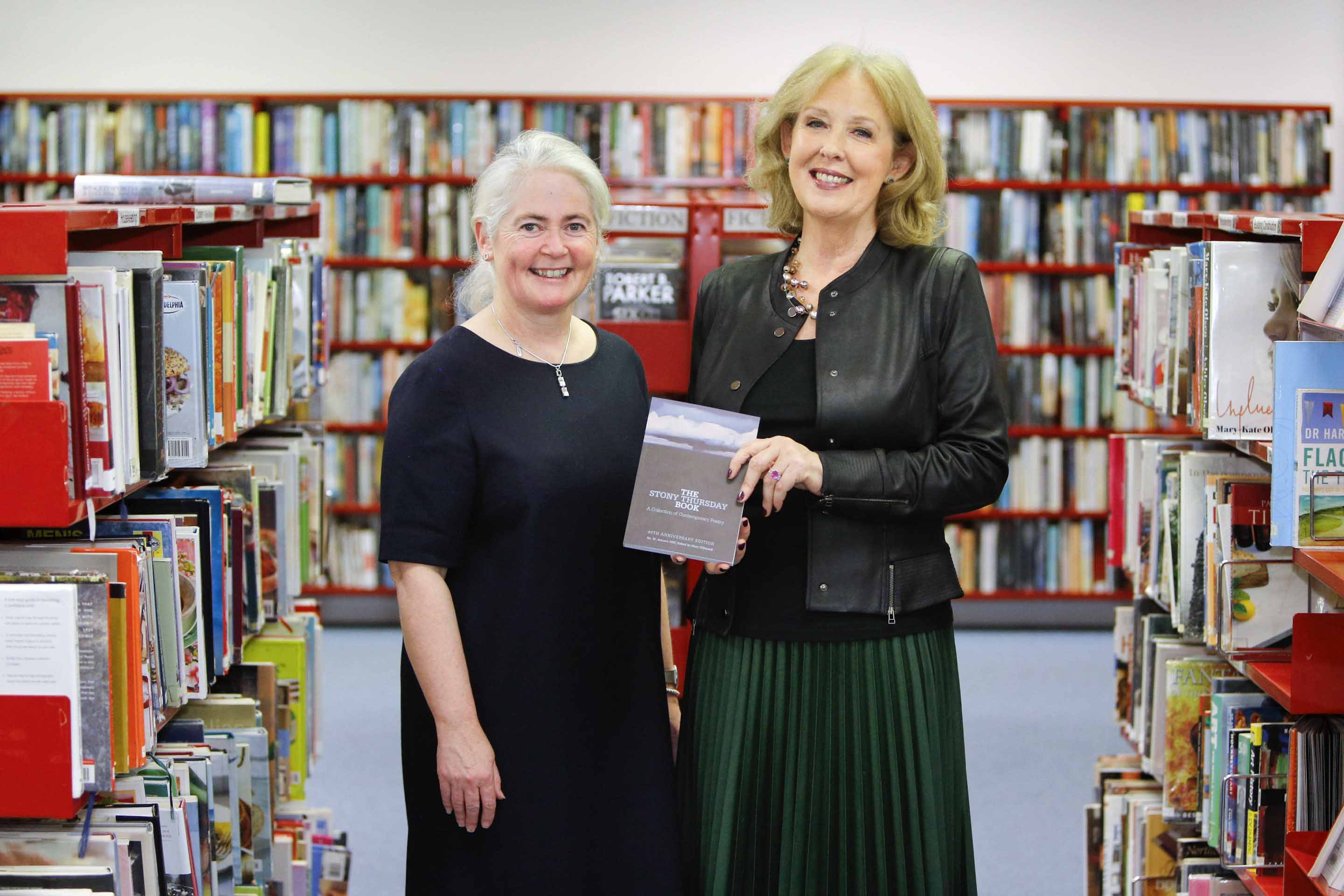 One of the longest-running literary journals in Ireland is celebrating its 40th Anniversary Edition. The Stony Thursday Book was founded by Limerick poets John Liddy and Jim Burke in 1975, and is funded by the Limerick Arts Office of Limerick City and County Council and The Arts Council.

This year’s Editor Mary O’Donnell, poet, writer and member of Aosdana, who joined members of the local arts community for the launch of the publication’s 2015 edition at the Granary Library in Limerick City last night.

The launch formed part of the 2015 CUISLE Limerick City Poetry Festival, which continues until Sunday.

“Over the years, The Stony Thursday Book has been characterised by independent thinking, inclusiveness and adventurousness, reflecting what I would like to imagine, was the vision of the founding editors,” explained Ms. O’Donnell.

“It has been a privilege to read and select so many poems. The number of submissions was huge. What struck me about the poems as a whole was how they reflect the diverse Ireland we now inhabit, and how although poets are preoccupied with ideas and feelings as much as they have always been, the poems now come to be written by people who represent what we have become as citizens of this State — and all that that implies,” she said.

Ms. O’Donnell continued: “They are poems which speak of loss and passion, of poverty and exclusion, as much as poems about love, war, and landscape. Many poems, as the best poems often are, are about several things at once. Not alone are Irish poets represented here, but the volume contains poets from other countries, who belong to other races, but who have made this poetic connection with Ireland. To read such work was a pleasure. To place the poems within these pages so that they seem to ‘speak’ to one another, was an honour. My hope is that the poems resonate with the readers of The Stony Thursday Book long after tonight’s launch.”

This year’s poetry anthology contains the work of 132 poets from all over Ireland, as well as India, Estonia, Norway, UK, The Netherlands, France, USA, Australia and New Zealand. Cover art for this year’s edition has been provided by local Limerick artist Rory Prout.

“I’d like to thank the contributors from all over the world whose work appears in this edition and who have made it a diverse volume which reflects the directions which preoccupy so many poets,” added Ms. O’Donnell.

Limerick Arts and Culture Officer Sheila Deegan said: “Limerick Arts Office is delighted to be the gatekeeper of this important literary publication that has given many writers an opportunity to see their work published. A special thanks to Mary as editor, for her care and attention in reading and responding to the large volume of entries this year. This publication is testament to the interest in the written word that is a key part of our heritage and the common heritage of Europe.”

Further information is available from the Limerick Arts Office, Limerick City and County Council on 061 407421 or [email protected]