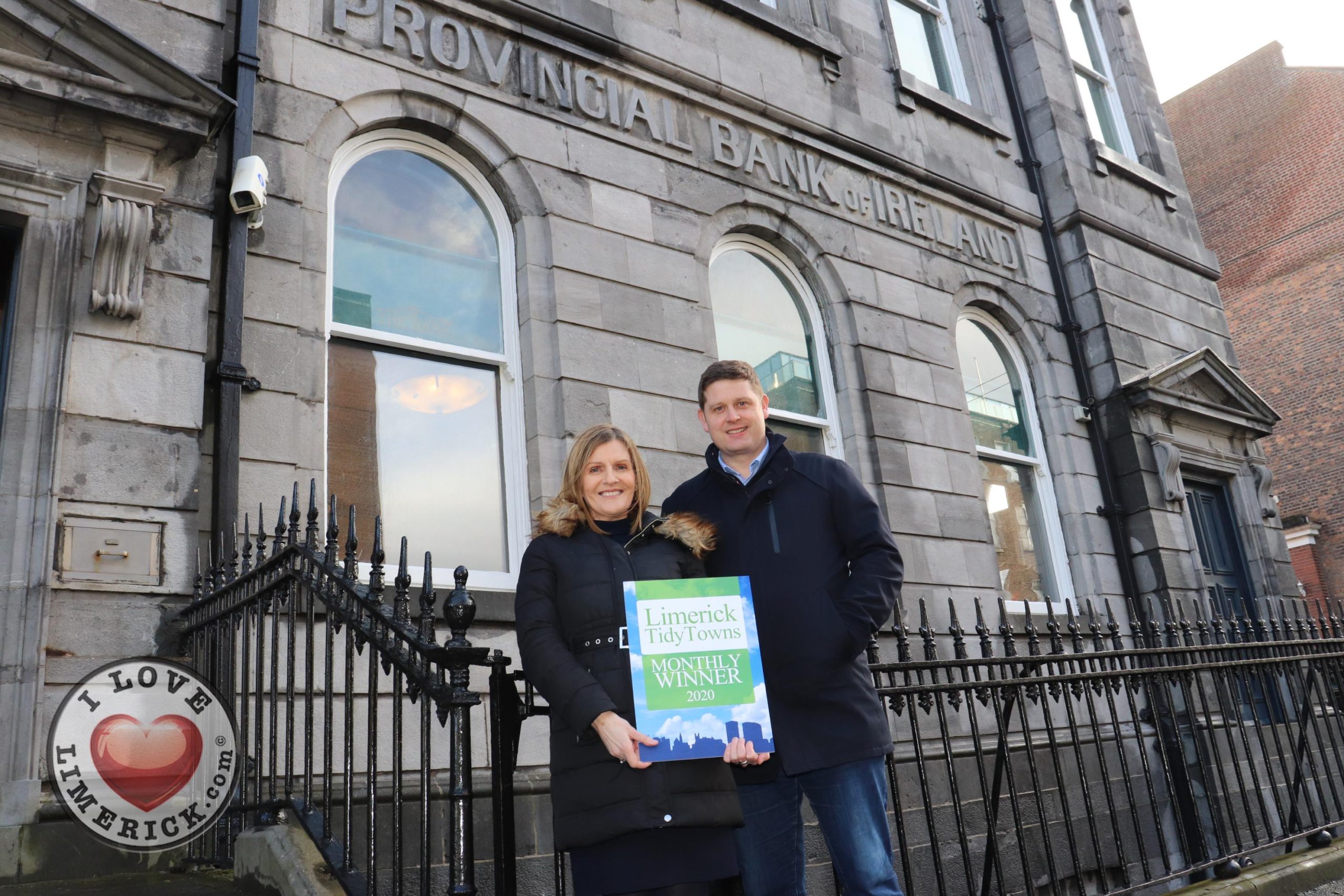 “Constructed in 1839, The Bank Building has long been considered an iconic landmark property on O’Connell Street.

Originally serving as a financial institution, the property experienced several changes of ownership throughout its history, including The Bank Bar and restaurant which operated successfully from 1998 to 2010, but always retained its original exterior and signage.

In 2015, the building was converted to office space designed by Tullio Orlandi Design, for the headquarters of Teckro.

With it being a protected structure, the exterior remained virtually unchanged, but the interior has been adapted into a modern, contemporary working environment.

While we have long admired the building, it was only when the exterior stonework and wrought iron railings underwent restoration work that this beautiful Limerick landmark building was fully returned to its former glory.

We are therefore delighted to acknowledge this with our award”. Says Maura O’ Neill of Limerick City Tidy Towns. The Bank Building is the headquarters of Teckro, an innovative clinical technology company, founded in 2015.

The company has users in more than 80 countries and employs more than 130 staff across its global headquarters in Limerick, its engineering hub in Dublin and its US base in Nashville, Tennessee. About 90 people are employed in Ireland, with the remainder overseas.

The Bank Building is Limerick City Tidy Towns’ second monthly winner for 2020, following The Cornstore in January and both will be in with the chance of winning this year’s overall prize at their annual event to be held early in 2021.

An online poll to choose the overall winner for 2019 has now closed and all winners will shortly be invited to Limerick Tidy Towns 2020 event where the winner will be revealed, and a prize awarded.

If you wish to volunteer with Limerick City Tidy Towns, they meet every Sunday morning at 11 am at the corner of Thomas Street and O’Connell Street, and on Wednesday evenings at 6 pm outside the White House during the summer months.