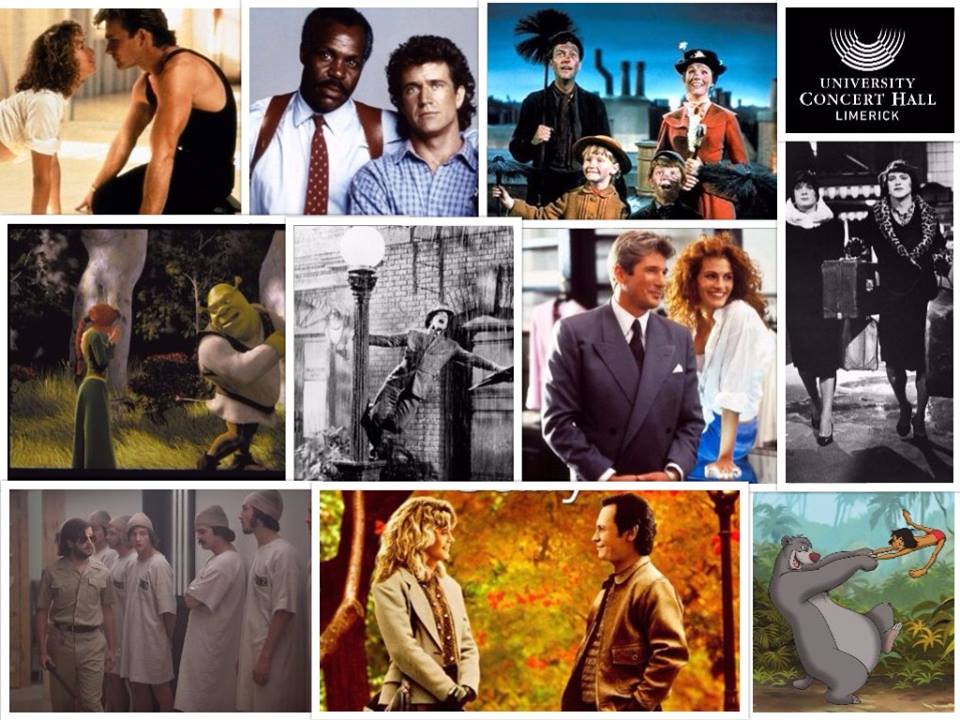 UCH Cinema spring season 2017 has a wide range of movies to choose from! Don’t miss out!

UCH Cinema spring season 2017 is finally upon us, with a wide range of films suitable for all ages is set to be shown to all of our delight. The University of Limerick Concert Hall is renowned for having a knack for giving the people what they want, with acts like Keith Barry, Christy Moore and even sold out pantomimes such as Beauty and the Beast when it comes to supplying great events UCH never fails. This holds true as we head into the UCH Cinema spring season 2017.

Take your children or take a stroll back through your childhood with the 1967 Disney classic ‘The Jungle Book’ on Sunday, February 26 at 3pm. Experience the song-filled celebration of friendship, fun and adventure that was the last film to receive Walt Disney’s personal touch. Embark on a thrilling, adventure-filled journey with the boy Mowgli as he makes his way to the man-village with Bagheera, the wise panther. Along the way, he meets jazzy King Louie, the hypnotic snake Kaa and the lovable, happy-go-lucky bear Baloo, who teaches Mowgli “The Bare Necessities” of life and the true meaning of friendship. Featuring the voices of: Phil Harris, Sebastian Caboot, George Sanders with the movie running for 78 minutes.

The day after ‘The Jungle Book’ comes quiet the change from the colourful kid’s classic when UCH show ‘Lethal Weapon’ on Monday, February 27 at 7:30pm. Starring box office superstar and Academy Award-winner Mel Gibson (“Maverick”, “Braveheart”) and Danny Glover (“The Color Purple”, “Grand Canyon”) team up as L.A. cops in the top-grossing action movie that spawned three sequels. Directed by Richard Donner (“Superman”, “Maverick”), Gibson is a volatile, unregistered risk-taker, known as a “lethal weapon” by his colleagues. The iconic movie runs for 110 minutes of action packed gun fights. Two weeks after ‘Lethal Weapon’ the mood is mellowed quite some bit as the 1990 romantic comedy ‘Pretty Woman’ on March 13 at 7:30pm. Academy Award(R) winner Julia Roberts and Golden Globe winner Richard Gere will leave you breathless with their stunning performance. Vivian (Roberts) is a spirited, streetwise diamond in the rough when she meets shrewd, no-nonsense billionaire Edward Lewis (Gere).  It’s a chance encounter that turns a weeklong “business arrangement” into a timeless rags-to-riches romance.  Fall in love all over again as this contemporary Cinderella story unfolds before your eyes. Savour every word, every laugh, and every unforgettable song. ‘Pretty Woman’ runs for 120 minutes of laughs, tears and romance.

Changing the tone once again UCH show the relatively new film ‘The Stanford Prison Experience’ on Monday, April 3 at 7:30pm. In this tense, psychological thriller based on the notorious true story, Billy Crudup stars as Stanford University Professor Dr Philip Zimbardo, who, in 1971, cast 24 student volunteers as prisoners and guards in a simulated jail to examine the source of abusive behaviour in the prison system.  The results astonished the world, as participants went from middle-class undergrads to drunk-with-power sadists and submissive victims in just a few days.  Winner of two awards at the Sundance Film Festival, including Best Screenplay, and created with the close participation of Dr Zimbardo himself, ‘The Stanford Prison Experiment’ is a chilling, edge-of-your-seat thriller about the dark side of power and the effects of imprisonment. The tense thriller runs for 119 minutes of nail biting action.

‘Some Like It Hot’ on Monday, March 13 at 7:30pm will be screened at the UCH cinema spring season 2017 for anyone looking for a classic comedy from 1959. Joe (Tony Curtis) and Jerry (Jack Lemmon) are two out-of-work on-the-run musicians that hide out by dressing as women and joining Sweet Sue’s All-Girl Band.  They both become infatuated with lead singer Sugar Kane (Marilyn Monroe).  Classic comedy directed by director extraordinaire Billy Wilder. The black and white comedy runs for 121 minutes of side-splitting laughter.

A motion picture that needs no introduction at the UCH cinema spring season 2017 screening has captured the hearts of all ages and spawned 3 sequels films. Winner of the first Academy® Award for Best Animated Feature (2002), ‘Shrek’ on Sunday, April 23 at 3pm sparked a motion picture phenomenon and captured the world’s imagination with…the Greatest Fairy Tale Never Told! Shrek (Mike Myers) goes on a quest to rescue the feisty Princess Fiona (Cameron Diaz) with the help of his lovable Donkey (Eddie Murphy) and win back the deed to his swamp from scheming Lord Farquaad. The Universal Studios masterpiece runs for 89 minutes of end to end colourful fun and laughter enjoyable for all ages.

A truly classic romance movie you can sit and watch over and over again feeling the heartfelt chemistry between the iconic pair in ‘When Harry Met Sally’ on Monday, May 8 at 7:30pm. When Harry Met Sally tracks a star-crossed pair as they repeatedly drift apart and meet again over a span of 13 years and gradually fall madly, deeply, passionately into friendship, a friendship ever teetering on the edge of love. Harry meets Sally when they share a car ride to New York City upon graduation from the University of Chicago. A few minutes into the trip, the conversation between womanising, neurotic Harry (Billy Crystal) and driven, equally neurotic Sally (Meg Ryan) becomes heatedly contentious. The question arises: Can a man and a woman be just friends? Harry contends this proposition is impossible, that sex will always come along to screw up the friendship. Sally is aghast and disagrees, proclaiming the idea a distinct possibility. The two part ways rather acrimoniously in New York but before long meet again and eventually decide to indeed be friends. As life’s mysterious coincidences pull Harry and Sally closer together, they share mystical, tender moments, confess secrets to each other, console each other, attend major holidays together, and do all the other things couples traditionally do. The question then remerges: Can Harry and Sally remain mere friends, or will they–must they–fall in love? And can anyone forget Ryan’s classic faking-it scene in Katz’s Deli? The 1986 movie runs for 96 minutes.

Join the “practically perfect” Mary Poppins (Julie Andrews) for a “Jolly Holiday” as she magically turns every chore into a game and every day into a whimsical adventure.

The UCH cinema spring season 2017 ends with two family favourite musicals, the brilliant 1954 ‘Mary Poppins’ on Sunday, May 21 at 3pm and on the following day UCH treat us to the equally brilliant 1952 ‘Singin’ in the Rain’ on Monday, May 22 at 7:30pm. Join the “practically perfect” Mary Poppins (Julie Andrews) for a “Jolly Holiday” as she magically turns every chore into a game and every day into a whimsical adventure.  Along the way, you’ll be enchanted by unforgettable characters such as the multitalented chimney sweep Bert (Dick Van Dyke). Mary Poppins runs for 140 minutes of fun and delight for all the family. And finally, here is your chance to revisit one of the greatest musicals ever made, ‘Dancin’ in the Rain’, Stanley Donen and Gene Kelly’s Technicolor masterpiece has been re-released. The setting is a Hollywood studio, where Don Lockwood and his co-star Lina Lamont are facing the change from silent to sound pictures. Sky’s the limit as this film pays tribute to movies – westerns, costume dramas, screwball comedies, singin’ and dancin’ the whole way! The masterpiece runs for 102 minutes of memorable bouncy music and dancing.

Don’t miss out on any of these incredible movie handpicked by the University of Limerick Concert Hall to suit all ages from motion pictures and romantic comedies to thrilling action packed movies. Tickets are only €5 if your book online and student members of UCH go to all movies completely free of charge. Make it a family day out by getting a family ticket for four members for only €20.

To read more on the UCH Cinema on ilovelimerick click HERE