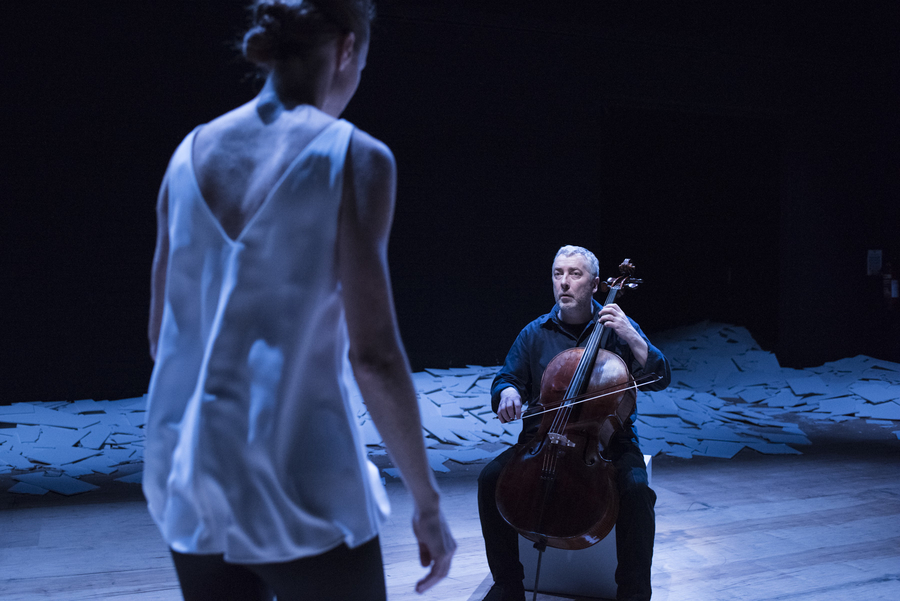 Jean Butler’s last Dance space commission, hurry (2013), invoked the choreographer’s celebrated past in Irish Step Dance. Her new duet, ‘This is an Irish Dance’, created with Belfast-based cellist Neil Martin further unearths her roots by returning to the relationship between live music and movement as the compositional departure point for the work.

Inspired by the interdependent relationship between music and dance and the formal spatial relationship between dancer and musician that characterises her tradition; the piece explores the often-invisible interplay between dancer and musician in live performance. The movement and music created simultaneously through improvisation during the piece’s development, raise questions about who is leading and who is following. ‘This is an Irish Dance’ reveals a dialogue between music and movement, movement and sound, sound and space, space and sculpture, sculpture and body, body and instrument, cello and cellist, cellist and dancer, and ultimately a man and woman.

“Butler and Martin engage in an intense, affectionate, sometimes flirtatious musical conversation. Butler is an extraordinary dancer; the accent of her dancing is distinctly Irish. Her footwork is light and crisp-she skitters across the floor, like a butterfly skimming the surface of a lake.” – Marina Harss, The New Yorker

The show will be playing at The Lime Tree, Friday, February 17 at 8 pm.

To read more stories about evens in Limerick click here