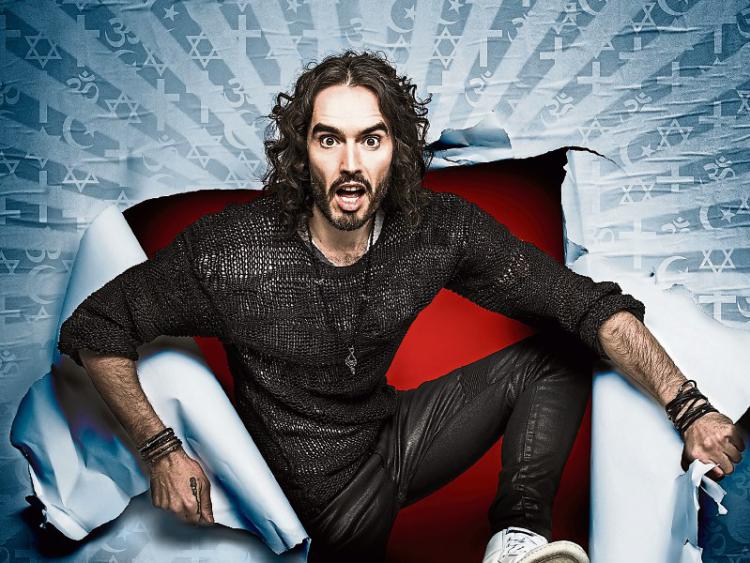 Top comedian Russell Brand is coming to Limerick in September 2018.

The English stand-up and film star brings his Re:Birth show to the University Concert Hall on September 27 next year.

When talking about the show, Russell Brand says: “How do we make sense of the madness of our lives once we become parents? What am I going to tell my daughter about conformity and responsibility? What happens if she grows up to be like me or, worse, date someone like me?”

Brand teamed up with Blindboy Boatclub of the Rubberbandits for a viral parody of Blur’s hit song Parklife in 2014, with the Bandits performing at the comedian’s book launch in London and Blindboy appearing on Brand’s online news show, Trews, which voices his take on media as it appears on the television or in newspapers.

When asked about Russell Brand at the time, Blindboy said: “It was just a bit of craic – he did the video and I did the music.

“Most of what he says makes sense. He ticks all the right boxes when it comes to deconstructing power. Chomsky, Naomi Klein, Marty Morrissey, Roland Barthes,” he added.

Russel Brand is an English comedian, actor, radio host, author and activist. He kick-started his career with stand up comedy, before hosting shows such as ‘Big Brother’s Big Mouth,’ and developing his acting career by being a part of movies like ‘St. Trinian’s,’  and animated films such as ‘Despicable Me.’

Tickets for the University Concert Hall show go on sale this Friday, February 3.

To read about more upcoming and past events and shows that have taken place in the University Concert Hall, please click here.