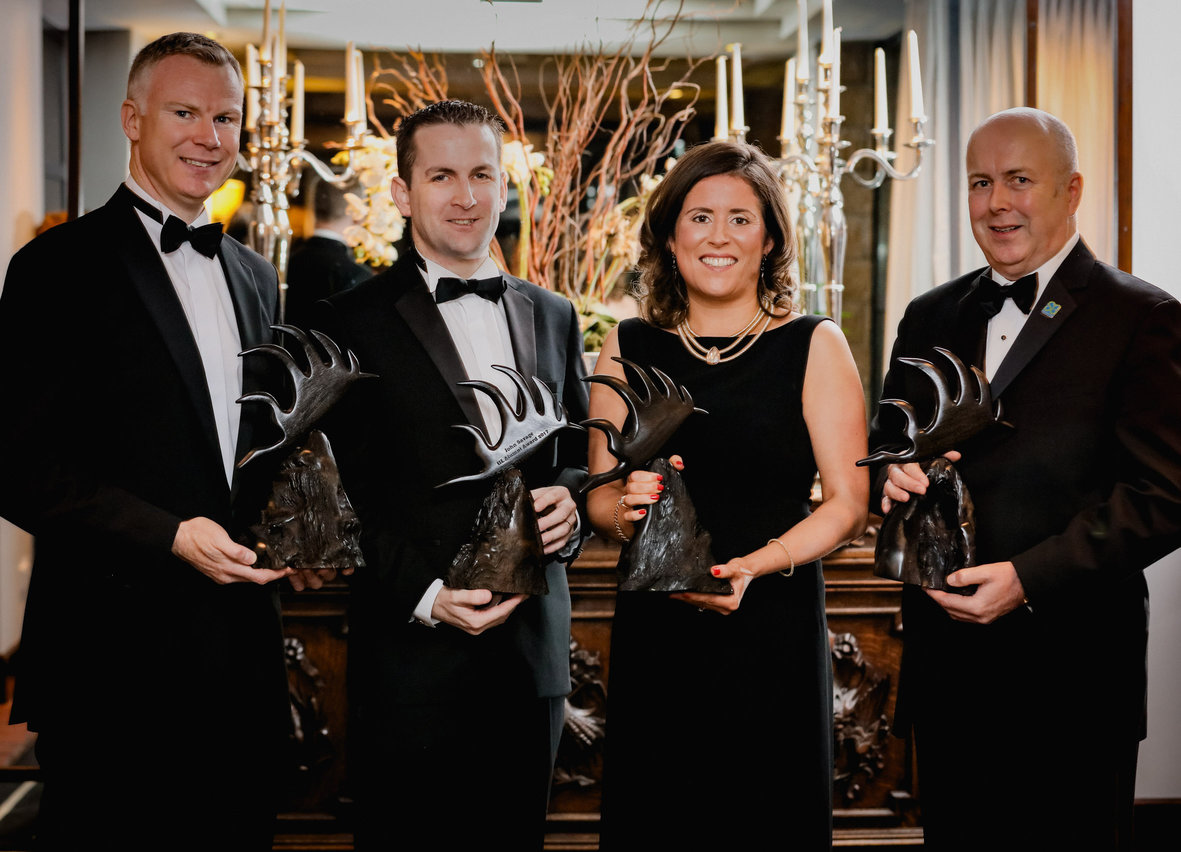 The University of Limerick Alumni has bestowed its highest honour on four of the University’s outstanding graduates at the 12th Annual UL Alumni Awards 2017 Gala Dinner on Saturday, November 11.

This annual event celebrates the outstanding achievements of Graduates of the University of Limerick and this year is no exception with four UL alumni honoured. They are:

U.S. based Mr. Tim Kenny, originally from Kerry who co-founded the St Baldrick’s Foundation in support of childhood cancer research for his contribution to Society;

Speaking at the UL Alumni Awards Gala Dinner, UL President Dr. Des Fitzgerald said “Tonight’s event is very much a celebration of the achievements and contributions of four amazing people. They are imbued with the UL spirit that we all aspire to and want to preserve and propagate. The achievements of these four alumni and their contributions to their communities are models that we believe are based on the foundations they received during their time at UL. That is why I am so delighted to join with all present to celebrate Clodagh, Tim, David, and John”.

To find out more about the University of Limerick click here

To read our previous story on UL Alumni click here