By Richard Lynch on November 13, 2019@richanthon 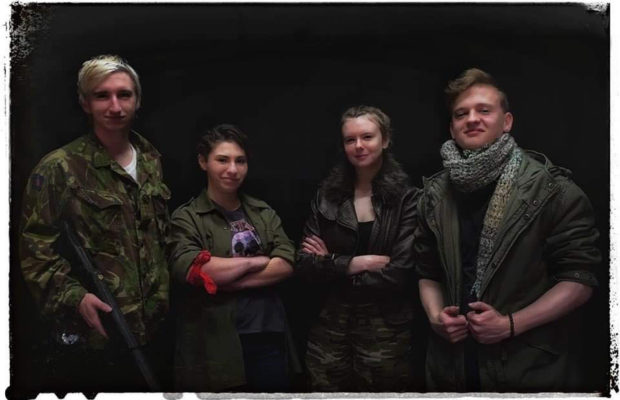 UL Drama Society will be putting on their second production of the semester ‘Tales from the End’ next week. Tickets can be purchased on the door. Picture: Niklaus Buchowski.

University of Limerick’s Drama society will be presenting their second production of the semester with their post-apocalyptic drama ‘Tales from the End’ from Tuesday, November 19 to Thursday, November 21.

The five-act futuristic play ‘Tales from the End’ will be set in a time when humanity has failed, and those who are left are trying to salvage any bit of life they can, in hopes of a better future. The play revolves around multiple storylines, with the fates of each character relying on each other’s strengths…and perhaps weaknesses.

The play is written by Conor Clohessy and directed by Luke Fitzgerald, both members of the UL drama society. With the show being in pre-production for ten weeks, the cast and crew can’t wait to get the show off the ground. The cast is made up of students from both Ireland and abroad.

Conor, who has written three plays for UL Drama Society, said, “When it came to writing this one, I wanted to bring out a bit more of my own weird side into the dialogue and setting. The cast and crew have worked very hard in rehearsals, and I’m always grateful to UL Drama Society to give me opportunities to stage my scripts like this. This is a difficult show to stage in parts, but I’m excited to show audiences what we’ve been working with”. 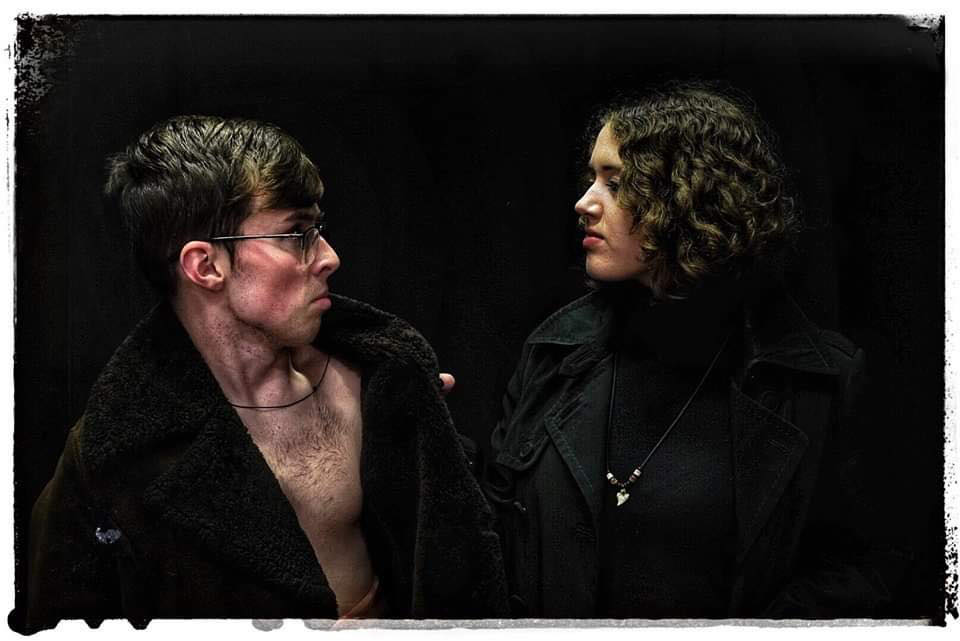 The story follows protagonist Milo and the Sinbad Company, a group of Mercenaries who live by a set of rules that allow them to take whatever pleasures they can find. Along the way, they run into some suspicious characters, such as Harriet, an innocent scrap dealer, Gwen, owner of Neon’s Tender Diner and Commander Claus, the brute force of the Militia.

We see each character struggle as they try to rebuild their lives in a chaotic world, with the past of their lives before catching up to them, and in some cases, the future.

This is UL Drama Society’s second production of the semester and fourth show of the year, along with the newly released short film The Breaking of Wessons Boy, which was produced in collaboration with UL Film Society and is available on YouTube now.

Here are two more lads from Tales from the End: Abe (James Rogan) and Claus (Cathal Moore)! Watch them fight through the 19th, 20th, and 21st of November in the Jonathan Swift Theatre (B1023) at 7PM. Tickets are €5 each!

Tales from the End, written by Conor Clohessy and directed by Luke Fitzgerald, runs during the 19th, 20th, and 21st of November at 7PM in the Jonathan Swift Theatre. Tickets cost €5, so don’t miss this show!

Luke Fitzgerald, the Director of the play and President of UL Drama Society, said, “It was definitely a new experience. The biggest highlight truly has been facilitating what has been a fun, exciting, and in some cases new experience for everyone involved. Any bit of hard work I’ve put in has been mirrored by all members of the cast and crew. What I am most looking forward to now is getting to see everyone else in the audience appreciate that too.”