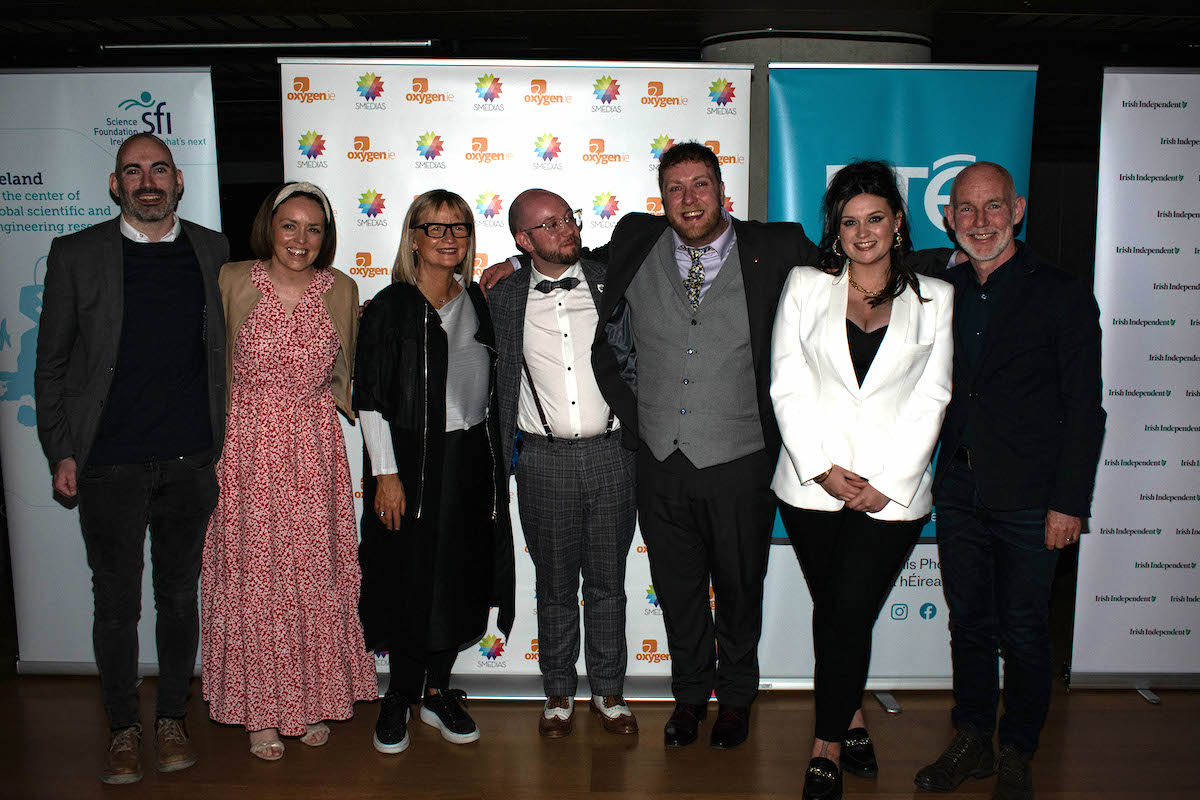 Limerick Voice – the multimedia news project produced by fourth year and MA Journalism students in UL – was named Website of the Year at this year’s award ceremony held in the Aviva Stadium in Dublin. The award for TV Production of the Year, judged by RTE, was won by the UL’s MA in Journalism class for their Limerick Today news bulletin.

This is the third ‘SMEDIA’ win for Limerick Voice, which has previously picked up awards for Newspaper of the Year and Best Layout and Design.  Speaking about the latest success for Limerick Voice, UL journalism lecturer Kathryn Hayes, who oversaw the multimedia project, said she is extremely proud of what journalism students at UL continue to achieve.

“Now in its fifteenth year, Limerick Voice is an award-winning multi-media news project which has become an integral part of journalism education in UL. Over 220 stories were published online by this year’s Limerick Voice team and the website has attracted 30,000 viewers. The SMEDIA award is testament to the hard work done by this year’s digital editor William Kellett, deputy editor Martin Mongan, sports editor Jamie Dowling and a team of online reporters.

“We are very proud of the outstanding work our journalism students continue to produce and of our alumni who are now successfully working as journalists in newsrooms across the world,” said Ms Hayes.

The TV Production of the Year Award was awarded to the MA Journalism class for the Limerick Today bulletin which was produced on March 22, 2022.  It is the first time UL Journalism students have won in this category and is a clear vindication of the significant investment in TV journalism at UL over the last number of years according to Fergal Quinn, MA course director and lecturer in broadcast journalism.

“We have had major additions to our studio and mobile newsgathering equipment, which is really helping our student experience. Our industry collaborators, for example Jacqui Hurley of RTE and Matt Kelly of TG4, have been a big help in this regard.

“MA student Adam Leahy was programme editor for the Limerick Today news bulletin and he, alongside a very strong editorial team – coordinator Fiona Halligan, sports editor TJ Galvin, and director Martin Warde – was a huge part of what pushed the group to greater heights this year than ever before.”

The National Student Media Awards have been running for the past 22 years and have seen media and journalism stars such as Samantha Libreri (Editor of the Year, 2004), Sean Defoe (Radio Journalist of the Year, 2015) and Colm Flynn (TV Production of the Year, 2010) on the podium over the years.