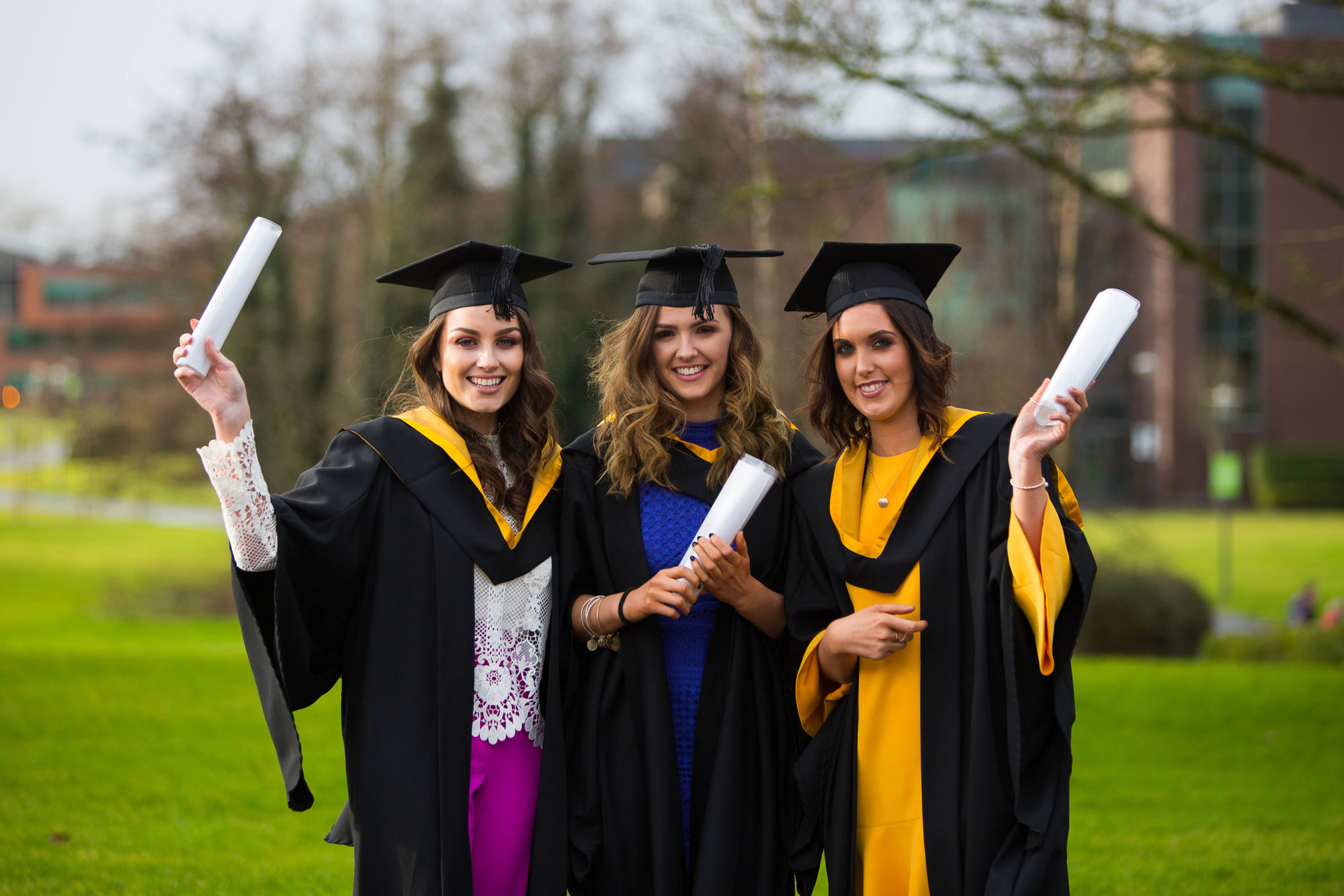 UL, this week, celebrates the graduation of more than 1,600 students across its four faculties as it holds its annual UL Winter Conferring Ceremonies 2018.

At the UL Winter Conferring Ceremonies 2018 University of Limerick president, Dr. Des Fitzgerald highlighted a number of recent milestones in the development of both faculties.

In the past 12 months, UL’s Faculty of Education and Health Sciences celebrated the 10thanniversary of the Psychology Department and the first graduates from the MSc Physiotherapy (PQ) delivered in partnership with HSE colleagues in University Hospital Limerick; Portiuncula Hospital, Ballinasloe; St Luke’s Hospital, Kilkenny; Galway Primary Care and Portlaoise Hospital.

2017 also marked the 10th anniversary of the foundation of the Graduate Entry Medical School.

The Faculty of Science and Engineering has seen significant investment and development during recent years including the launch of the School of Design; the introduction of common entry routes to undergraduate programmes; the opening of the Bernal Institute, which houses two Science Foundation Ireland-funded National Research Centres,  as well as the world-class Titan Themis microscope; and, the establishment of Confirm Centre for Smart Manufacturing, a €47-million SFI research centre which aims to become a world leader in smart manufacturing research.

Other recent achievements in the faculty was the naming of Bernal Institute Professor of Crystal Engineering Mike Zaworotko as Science Foundation Ireland Researcher of the Year 2017.

Synthesis and Solid State Pharmaceutical Centre (SSPC), an SFI-funded research centre led by UL, was named Pharma Research Centre of the Year at the Pharma Industry Awards 2017 for the third consecutive year.

Dr. Fitzgerald paid tribute to the graduates following Tuesday’s UL Winter Conferring Ceremonies 2018 saying, “Today’s graduates join a global club of University of Limerick alumni who are making positive contributions in the fields of education, healthcare, engineering, and science. Graduation marks the end of one journey for students and the beginning of another even more exciting one. The students graduating from UL today have proven their commitment to expanding their academic knowledge and honing their professional skills: many will enter, or re-enter, the workforce, while many others will choose to continue their study. The number of UL graduates taking up employment in the west, mid and south-west continues to increase, with 62% of UL graduates in 2016 working within the region. The high concentration of graduates in the mid-west will continue to be significant in attracting foreign direct investment to the region and will be fundamental to the development of the western corridor. No matter what path our UL graduates choose, we wish them the very best and look forward to hearing about their many successes in the future”.

UL Winter Conferring Ceremonies 2018 at the university began on Monday when 321 undergraduate and postgraduate students from the Kemmy Business School (KBS) were conferred, including 101 employees of the Revenue Commissioners.

Over the past year, KBS was named ‘Best Business School in Ireland’ by Chambers Ireland –the second time in five years it won this accolade. KBS was also recognised by the UN for its work under the Principles of Responsible Management Education initiative in 2017. The school has also continued to improve its international ratings and accreditations, and secured significant funding for its research under Horizon 2020.

UL’s winter conferring ceremonies will conclude on Thursday morning when 271 people graduate from the Faculty of Arts, Humanities, and Social Sciences.

Throughout the week, some 64 PhDs are being awarded as part of UL’s continued commitment to fourth level education in Ireland.