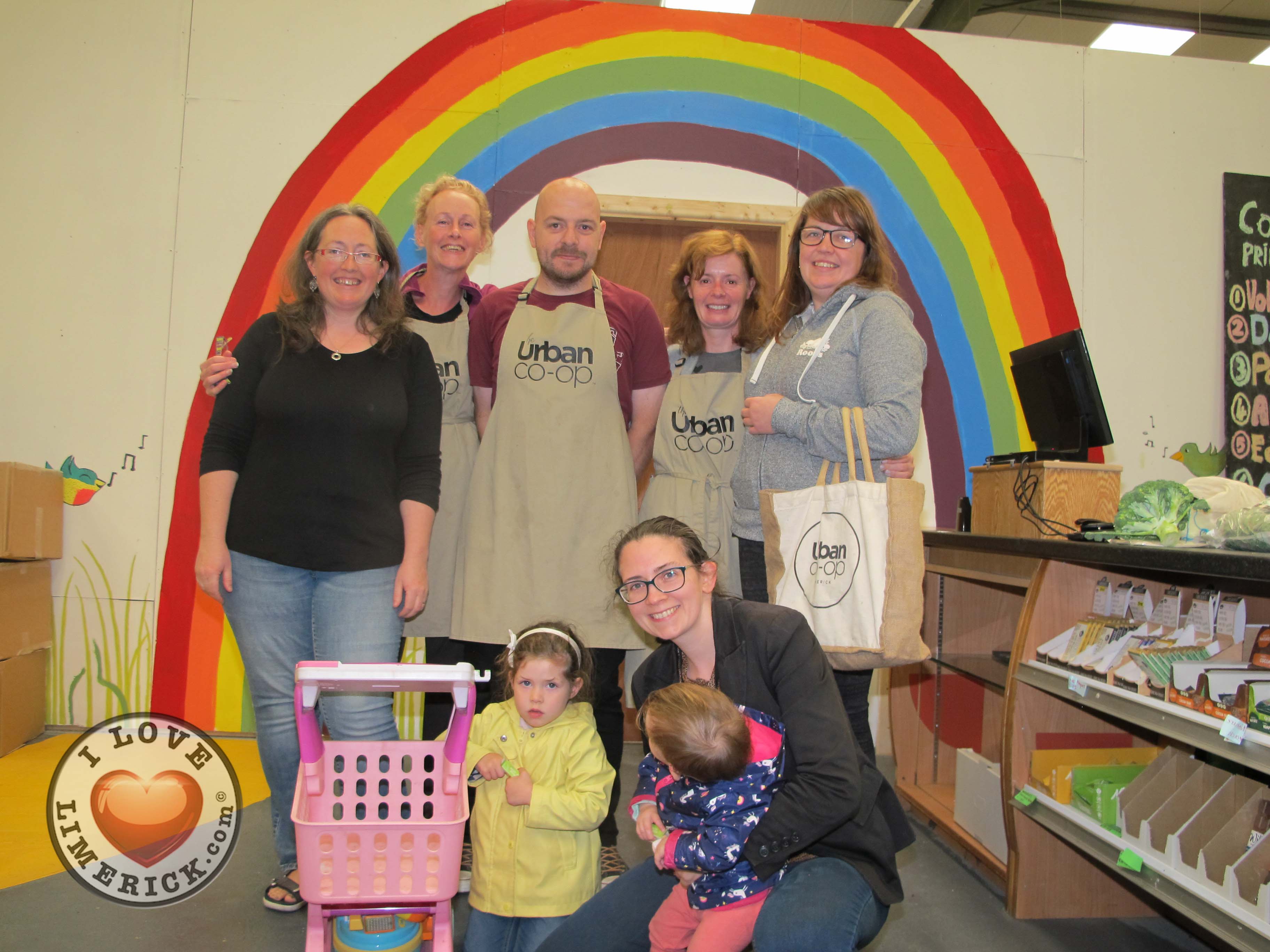 The Urban Co-Op have recently moved the location to new, larger premises in the Eastway Business Park. Previously, the Urban Co-Op was located at Tait House in Southill where they saw great success around the community.

The co-operative grocery store is also looking to promote their Kickstarter campaign in which they are hoping the people of Limerick will donate to them as they look to further develop their store.

The Co-Op also consists of three other rooms outside of the grocery section that they are looking to rent out. Two of the rooms are ready but they need the funds from the Kickstarter campaign to finish the third room so it will be ready to be used by members of the community. They plan on turning this third room into a kitchen where they can hold cooking classes for members of the community.

“We only have two weeks left in our Kickstarter campaign and we really need all the help we can get,” Deirdre MacMahon told ilovelimerick.

The Urban Co-Op is proud to be the first co-operative grocery store in Limerick – owned, controlled and operated by its members. The community comprises of the consumers who shop in the store and the workers who work there, and membership is open to all. Their aim is to sell wholesome food at affordable prices, providing maximum transparency in the process.

“We have all locally sourced vegetables. We work with five local farmers and have over 70 suppliers. We also prioritise local and organic produce and almost everything we sell here is organic. We have been to the farms and have seen that they don’t use pesticides,” Deirdre said.

Initially, The Urban Co-op began operating in July 2013 as a Buying Club, selling fruit and vegetables, bread and eggs. At present they have over 900 members and are quickly transitioning to a full-service retail grocery store. Their product range has expanded to include non-perishable goods, meat and cleaning products.

To help the Urban Co-op with their Kickstarter campaign, please click here to donate to their great cause.

For more information about the Urban Co-Op, click here

For more stories on the Urban Co-Op, click here