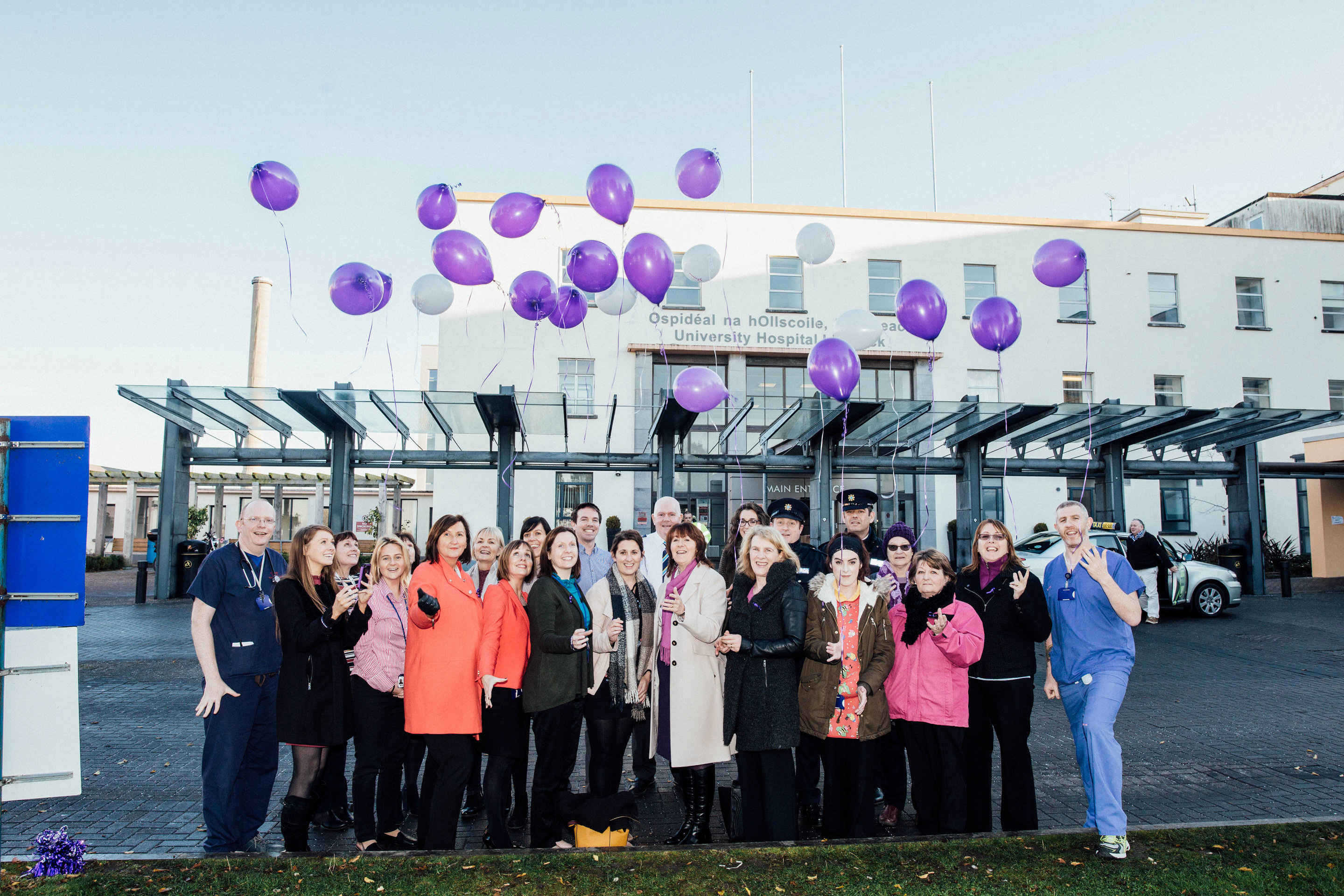 UL Hospitals staff have joined forces with Limerick gardai, Adapt House and Clare Haven as part of the international campaign 16 Days of Action on Violence Against Women What Would You Do campaign.

The What Would You Do campaign links actions in Ireland to global action on violence against women. Violence against women is embedded as one of the UN’s Sustainable Development Goals which the international community have signed up to in order to address global problems of poverty and inequality.

From November 25 to December 10, organisations in the MidWest, Ireland and around the world are running a range of activities to raise awareness about issues of domestic, sexual and gender-based violence.

As part of the What Would You Do campaign, the Medical Social Work (MSW) Team at UL Hospitals invited staff; partner organisations and members of the public to find out more, holding an information session at UHL on November 30. This was followed by a balloon release, in the purple campaign colours, outside the main hospital building.

The MSW team offer a confidential support and information service to those who are affected by domestic violence across all the UL Hospitals Group. They meet and work with women and children who attend our hospitals having experienced or who are at risk of experiencing violence.

Anne Hegarty, Head of Medical Social Work Services, UL Hospitals, said, that Ireland and other EU member states had in November 2015, signed the Istanbul Convention, “recognising violence against women and domestic violence as human rights issues and firmly establishing the link between achieving gender equality and the eradication of violence against women.”

Ms Hegarty also spoke in support of the What Would You Do campaign recently launched by Tanaiste and Minister for Justice Frances Fitzgerald. This campaign focuses neither the victims nor the perpetrators but on those who witness domestic violence and can play a crucial role in effecting change.

For more information visit the What Would You Do campaign website here.

For more stories about UL Hospitals from I Love Limerick click here.