By Richard Lynch on January 19, 2017@richanthon 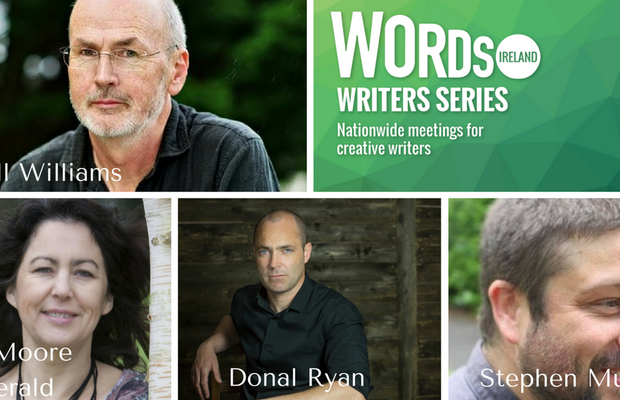 Words Ireland Writers Series. Pictured are the professional writers on the panel who will be offering advice and guidance. Picture: Words Ireland

The Words Ireland Writers Series is an event based around writers that earn or wish to earn income through writing. The event taking place on Saturday, February 18 will consist of a fifty-minute panel discussion, a ten-minute break and will follow up with a public meeting open to writers in the audience.

This two-hour meeting will allow upcoming and aspiring writers to hear about how writers sustain their careers. Words Ireland aim to begin a national debate on the future of literature resourcing and funding within Ireland. The meeting will guide writers who need to decipher which opportunities make creative and financial sense, which styles of writing offer the most to their career choice and which supports they are lacking.

A panel of experienced professional writers from all genres will be present to address issues regarding income, royalties, writers fees and any other issues that the audience may be experiencing as modern day writers. The Words Ireland Writers Series panel will consist of Donal Ryan, writer of bestselling novels The Spinning Heart and The Thing About December, Sarah Moore Fitzgerald author of three novels for children and young adults with a fourth due for release in 2017, Niall Williams, author of three stage plays, four non-fiction works and several screenplays, a novella and eight novels, and Stephen Murray, an award-winning poet and the founder of Inspireland and has published two collections of poetry with Salmon Poetry.

To see what else is going on in Limerick click here