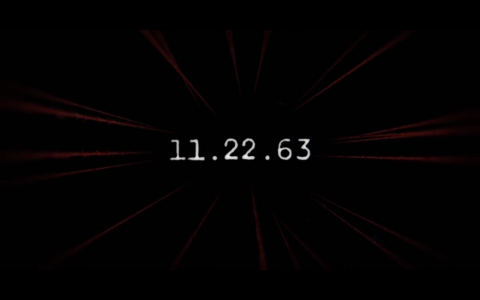 Sometimes I can’t even fathom the genius that is Stephen King. I’m a big fan, if that sentence didn’t already suggest that. All of his books are based on such clever ideas and even more cleverly written narratives.

The book that I’m reviewing this month is 11.22.63. If you have an interest in history you might recognise the date as the day JFK was assassinated. This compelling narrative takes place in Maine, USA and follows the intriguing story of Jake Epping, a high school English teacher who travels back in time to prevent the assassination of John F. Kennedy. Through Al Templetons diner is a portal into the past, the year 1958. The plot for this book was actually very thoroughly researched by Stephen King, as he said himself in an interview, “this research stuff has to be as close to right as possible because there are a lot of people watching. I wanted people to feel like they were there”.

The novel is extremely well written and thought out. The idea for the book is absolutely brilliant. The only negative thing I can think to say is that the story was slow moving at times. King first tried writing this book in 1973 and was going to call it “Split Track”. Although he didn’t carry on with the novel as he felt the wound was too fresh seeing as the assassination was only 10 years ago. When asked what inspired him to write this story he said, “Kennedy had a lot of charisma but when he was killed things changed and it’s impossible to not wonder what would have happened with Vietnam, with the racial relations in America. What he would have done had he lived.” I think that this quote really gives you an insight for the book because the plot is mainly based around changing the past to see how it affects the future. Although he admitted in an interview that “time travel is tricky”, I think that he got the story just right. It was well thought out from beginning to end with plenty of detail surrounding not only the main plot but also the subplots. If you haven’t already, I strongly suggest picking up this novel for anyone interested in fiction, science-fiction, history, JFK or who generally enjoys Stephen King’s work.

Get your copy at O’Mahonys bookstore on O’Connell street.

Check out their website here to order the book online