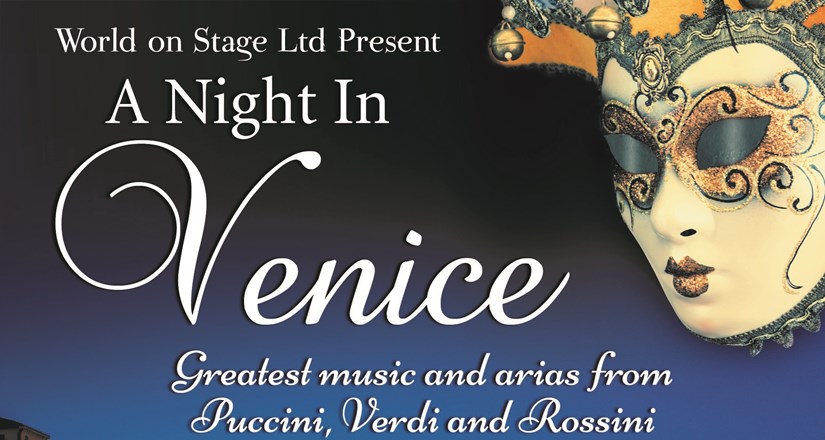 A Night in Venice starring Jonathan Ansell at UCH

World On Stage is one of the United Kingdom’s leading and most innovative production companies, working tirelessly to create a vast repertoire of new plays, musicals, variety and concert based shows. Their shows have been extremely popular and not only commercially successful but also critically acclaimed in theatres across the UK, as well as Europe and the Middle East.

Recreating all the romance and the glamour of Venetian soirees, A Night in Venice encapsulates some of the great music of Verdi, Puccini and Rossini. This beautiful show delves into the world of elaborate costumes, masked balls and society bustle, offering a feast for the eyes and ears. This sumptuous and lavish affair captivates the distinctive elegance of the baroque period.

A Night in Venice brought to you by World on Stage Ltd Tuesday June 7 8pm at University Concert Hall Limerick a fantastic performance not to be missed!

PHOTOS – Design at UL 2016 Exhibition open to the public