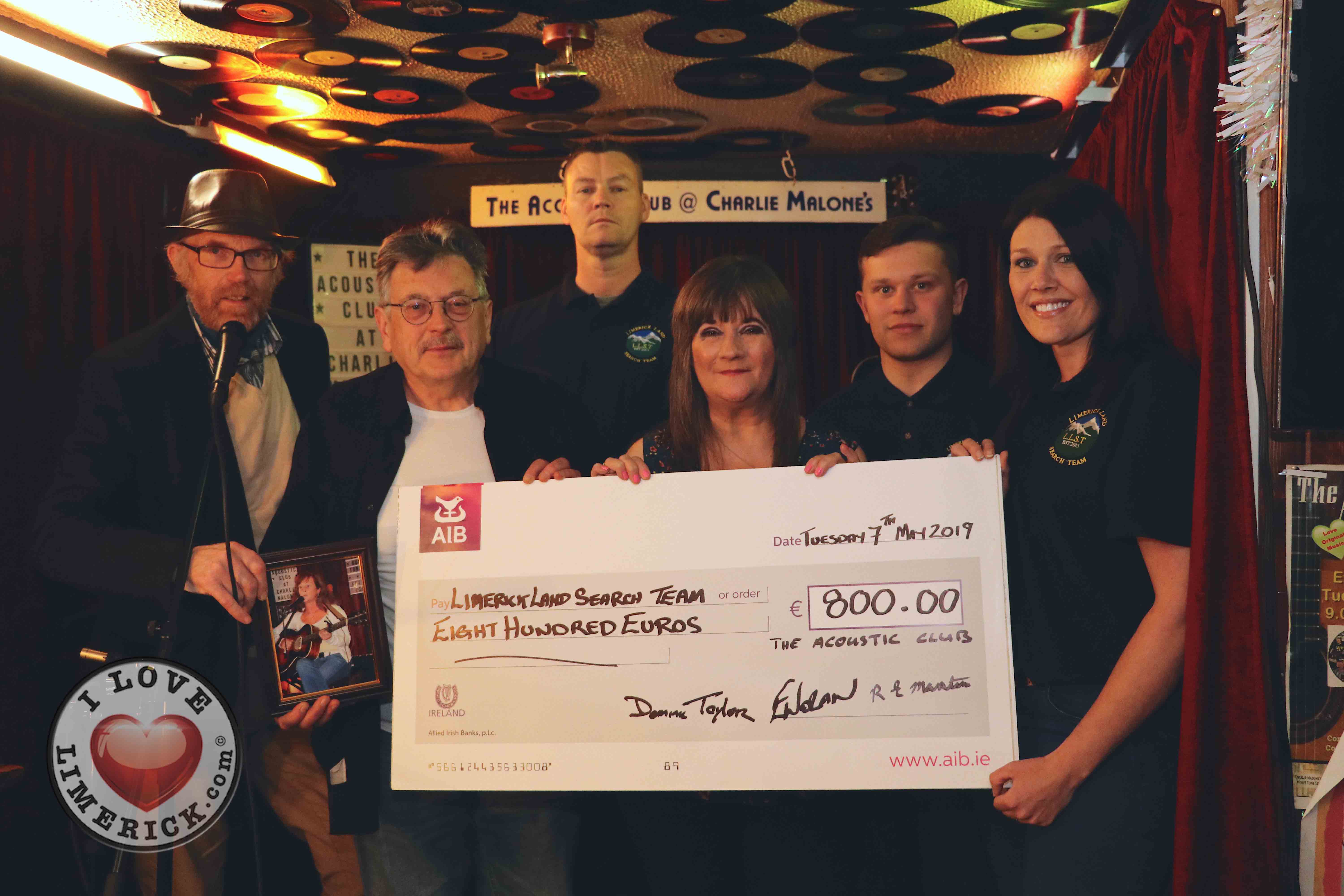 We’re here at the @charliemalones bar for the presentation of the Acoustic Club’s cheque of €800 to the volunteer organisation Limerick Land Search Team. #ilovelimerick #lovelimerick #lovinlimerick pic.twitter.com/O37gPUAYgy

The act of charity was in memory of the recent loss of one of their group members, Aoife Mc Mahon, who sadly passed away in April. After raising money to buy a wreath for the grave, the Acoustic club instead chose to give the money to charity as a way to honour the memory of their friend.

The MC’s of the night were Eugene G. Nolan and Rosemarie Martin, who came up with the idea of giving the money they raised to the Limerick Land Search Team. “We raised money to buy a wreath for the grave, but flowers die and wither so instead we thought we should give the money away to a charity,” said Rosemarie. “We chose the Limerick Land Search Team because they are a terrific charity who do really important work. They are made up of volunteers and get no funding whatsoever except for donations like ours, so we thought our money could be a big help to them.”

The group began fundraising in April and in just three weeks had raised €800 to give to the Limerick Land Search Team. “We had a jar out in the bar and anyone who walked in would donate whatever they could to the fundraiser,” said Rosemarie, adding “It feels absolutely incredible to have raised so much money, I can’t believe it only took us three weeks!”

Pictured at the Charlie Malones bar for the presentation of the Acoustic Club’s cheque of €800 to the volunteer organisation Limerick Land Search Team. Picture: Conor Owens/ilovelimerick.

Aoife was a regular performer on guitar at the Tuesday night club and is remembered by the group as a wonderful human being and a great musician. During the night, a DVD of Aoife playing her own 20 songs were presented to her family, who thanked the club for their support.

The Acoustic club plays every Tuesday night in Charlie Malones bar, with guest performers each week. “We’d like to give special thanks to the owner of the bar Paddy Kelly for hosting us tonight on this special occasion,” said Rosemarie.

The Limerick Land Search Team are a limerick based team on call 24/7 all year round ready to respond to any call wherever we are needed in the case of any missing persons. Upon receiving the cheque, volunteer of the organisation Rachel Smith said “We’re honoured to receive a donation in honour of such a lovely person. It really is amazing that people would take the time and the money to give towards our team. We really are delighted and honoured.”

The Limerick Land Search Team work in conjunction with the gardai and other search and rescue groups across the country and are a fully voluntary group of people from the Limerick area. Its members have been trained and certified in CPR and AED and all necessary training that they need to do their important work in tracking down missing people.

“Its an amazing team to be on and we all give 100% to the job,” said Rachel “We do rely solely on donations from the public, we’re not government funded in any way. So money like this would towards our gear, training our new volunteers and anything we can do to improve our unit and make it the best land search unit there is, while also being able to help the coast guard and other agencies.”

For more information on the Acoustic Club and their events, click here

For more stories on charities in Limerick, click here 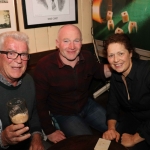 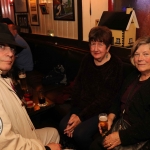 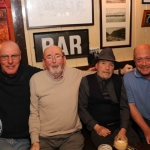 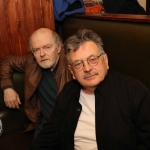