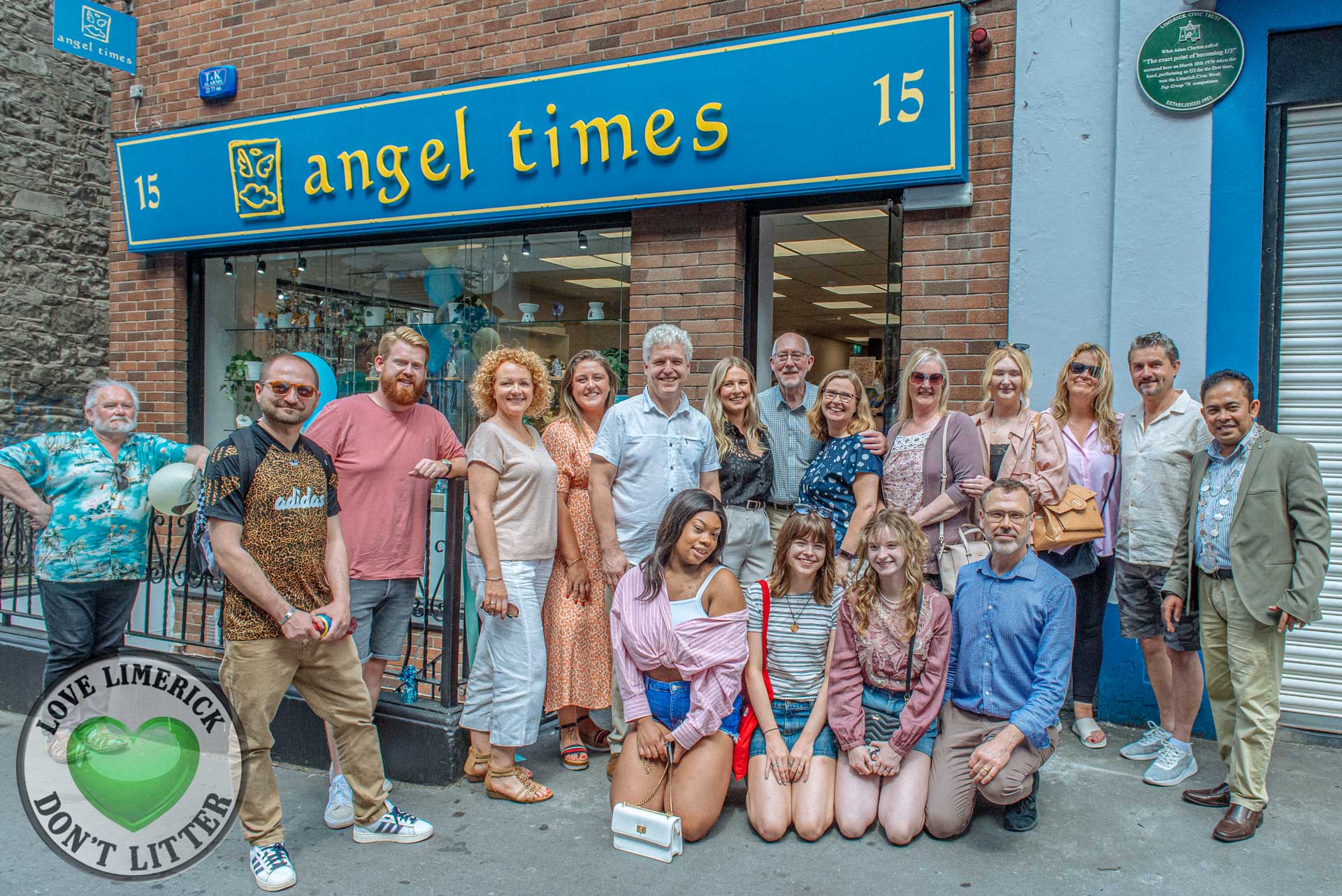 A jam-packed day of taster sessions was held in celebration, including yoga, Pilates and card readings – all on offer at Angel Times’ new location.

The family business, run by husband and wife Stephen Ryan and Janet Kingston, has traded in Limerick City for over 18 years. The family made the move to a larger space in order to offer more services to Limerick’s holistic community.

Finally, Limerick spiritual author Anne Marrie Geraghty was in store to sign copies of her latest release, ‘My Other World’, which discusses the author’s paranormal experiences, taking the reader on her journey of opening up to the spirit world, angels and more.

The re-launch of the popular Limerick City business drew a huge crowd of customers old and new, eager to see the products and services on offer at Angel Times’ new whereabouts.

“Thanks so much to all of you who made it to the Angel Times relaunch, to those who were with us in spirit and to all the amazing people who made this all possible. It has been a whirlwind two weeks since we got the keys,” commented the business owners.

“We’d also like to thank the fabulous readers, Rachel Dineen for her yoga, Bella The Butterfly for children’s mindfulness and Anne Marie Geraghty for her book signing. They all gave their time freely to make the launch such a memorable day.

“We really felt the love and support of you all, thank you from the bottom of our hearts and see you all again soon!”