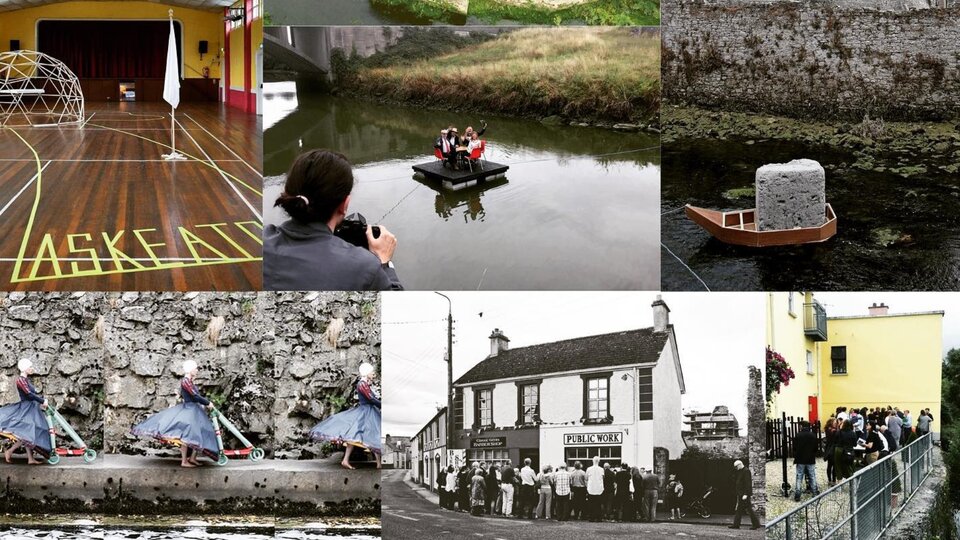 Askeaton Contemporary Arts are delighted to host the 14th edition of ‘Welcome to the Neighbourhood’ curated by Michele Horrigan featuring artists such as Chloe Brenan, Laurie Robins and Adrian Duncan.

The Askeaton Contemporary Arts are thrilled to welcome artists such as Chloe Brenan, Laurie Robins and Adrian Duncan

Askeaton Contemporary Arts are delighted to host the 14th edition of ‘Welcome to the Neighbourhood’ curated by Michele Horrigan.

The Askeaton Contemporary Arts are thrilled to welcome artists such as Chloe Brenan, Laurie Robins and Adrian Duncan who live and work in Askeaton in June.

The programme will be accompanied by a series of events and exhibitions such as stone carving, or even traversing the ancient landscape of the town with artist and folklorist Eddie Lenihan.

All events are free to the public and will kick off on Friday, June 17 from 10 am to 11 am with carvers Stephen Burke and Mark Ranalow who will demonstrate the skills of their profession and guide visitors to try to create their stone carvings. In the morning, there will be a “Big Market” in Askeaton East Square. At 8 pm at the Askeaton Civic Trust Seanie Barron will showcase an exhibition of his walking sticks under a new publication ‘The Sculptural Imagination of Seanie Barron.’

On Saturday, June 18 from 12 am to 3 pm Stephen Burke and Mark Ranalow will return for another carving class. At 4 pm local ecologist Mike O’Connor will be giving a walking tour of the River Deel. The River Deel is known for its many swimming spots such as The Leap, The Lick and The Cot and the tour will explore the Deel’s beauty and examine the need for sustainable conversation.

On Monday, June 20 am beginning at the Askeaton Civic Trust knowledgeable tour guide Anthony Sheehy will offer a tour of the town’s medieval history in a walk around the Franciscan Friary.

On Tuesday, June 21 at 8 pm, Ruth Clinton and Niamh Moriarty at the Top of The Town upstairs will showcase the impact of American culture on Irish identity in a new short film with an accompanying performance, ‘I don’t believe in ‘isms’ I just believe in me.

On Wednesday, June 22 beginning at the Askeaton Civic Trust at 3 pm join Eddie Lenihan, Keith Phelan, Michael Holly and David Beattie with curator Michele Horrigan for an afternoon of fieldwork curated around Askeaton’s historic monuments and archaeological heritage – booking is essential. At 8 pm at the Top of The Town at the Parade Ring, a roundtable discussion will take place accompanied by the poignant and evocative tales of Eddie Lenihan will take place.

On Thursday, June 23 at 8 pm at the Askeaton Community Hall, Michael Higgins and Juana Robles present a special one-night-only event reflecting on their artistic work in experimental film.

On Saturday, June 25 at 3 pm at the Askeaton Civic Trust, the Askeaton Contemporary Arts will host their annual Open Day to celebrate the work of the 2022 artists in residence. There will also be a guided tour from Adrian Duncan, Chloe Brennan and Laurie Robins following a launch of a new publication called ‘A confection of Photographs’

During June, by the Supervalu, there will be a showcase of Steve Maher’s ‘sentences’ with quotes and poetry about life in Askeaton on show. Public artworks by Sean Lynch and Stephen Brandes will be on show at the Askeaton East Square.

During June there will be Askeaton Castle Tours at time slots 10 am, 11:30 am, 1:30 pm and 3 pm daily following years of restoration work.

Online there on the Askeaton Contemporary Arts there will be a series of artwork and videos available for the public to view.

Related Topics:Askeaton Contemporary Arts
Up Next