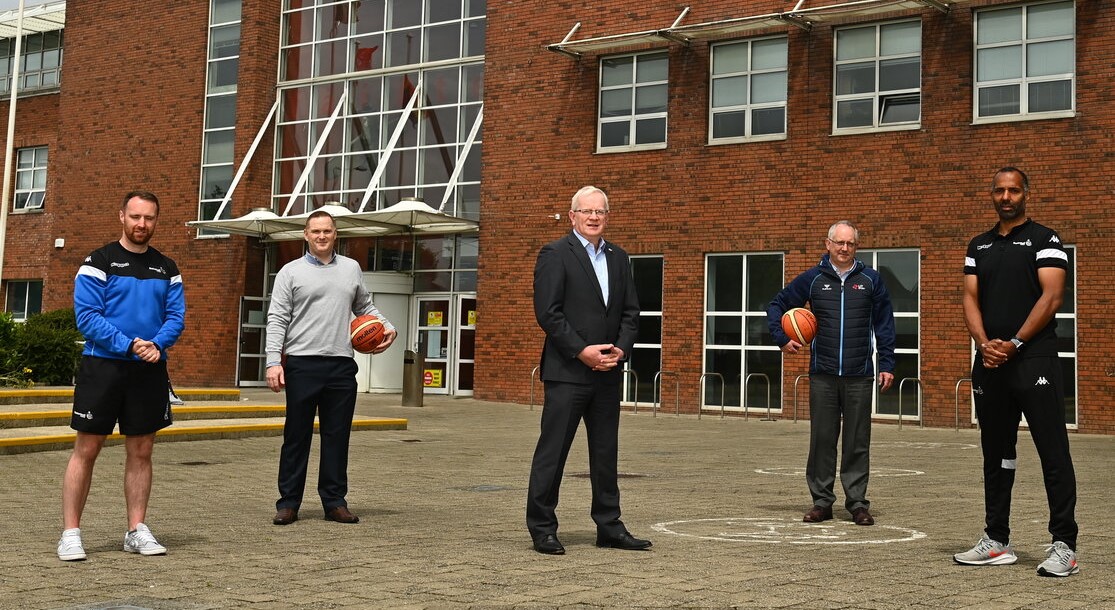 Limerick Institute of Technology (LIT) has been announced as a Basketball Ireland Centre of Excellence.

Earlier today (Wednesday June 16, 2021), the national governing body for the sport on the island of Ireland, announced LIT and Trinity College Dublin as the latest Basketball Ireland Centres of Excellence, taking the number of centres to six nationwide.

Welcoming the announcement President of LIT Professor Vincent Cunnane said LIT was delighted to further develop its relationship with Basketball Ireland, thereby allowing for the further development of basketball in LIT and the region.

“The centre of excellence at LIT will provide a one-stop-shop for all the needs of Basketball Ireland teams and visiting teams. Here at LIT we have a renowned strength and conditioning programme as well as recognised expertise in sports data and analytics, and nutrition. These areas of expertise will be available to Basketball Ireland and the Centre of Excellence, along with our courts, meeting and presentation facilities, media facilities and changing rooms.”

Jimmy Browne, LIT Vice President Corporate Services & Capital Development said, “LIT is delighted to announce this important further development of our relationship with Basketball Ireland. LIT and Basketball Ireland have an ongoing relationship which culminated with the appointment of basketball development officer Niall Berry in 2020. The inclusive nature of basketball as a sport is perfectly aligned with LIT’s ethos, community reach and sporting philosophy. Today’s announcement will provide a platform to further enhance this ethos and the growth of basketball in the Mid-West region.”

Niall Berry, BasketbalI Ireland Development Officer LIT added “Ireland’s international basketball teams have been doing a great job over the years competing in Europe. The Basketball Ireland Centres of Excellence, like the one here in LIT, give young basketball players a vision of a collegiate structure that will in turn encourage them to work hard to be involved in a Centre of Excellence. These young players will also see their own club members going to Centres of Excellence and travelling just down the road to LIT, to train and to play. These players will want to emulate that success and this in turn will have a massive impact on both the players and basketball in the region.”

Speaking about the LIT and Trinity College Dublin announcement Basketball Ireland CEO, Bernard O’Byrne said, “This is another significant announcement to have renowned institutions like Trinity College Dublin and LIT as Basketball Ireland Centres of Excellence. They both have a strong track record in basketball and this commitment further reinforces it. With Ulster University, NUI Galway, Waterford IT and Letterkenny IT already announced, it illustrates our commitment to have a geographical spread of these facilities across the country, to reach all corners and provide top notch facilities for our basketball community, continuing to provide platforms for the growth of our sport.”

The Centres of Excellence will be used for national training camps for international sides, along with Basketball Ireland academies. There will also be the ability to host international fixtures, national senior competitions, intervarsity competitions, as well as local schools’ cups and blitzes.

For more information on Limerick Institute of Technology go HERE

For other stories on Limerick Institute of Technology go HERE