By Richard Lynch on November 21, 2017@richanthon 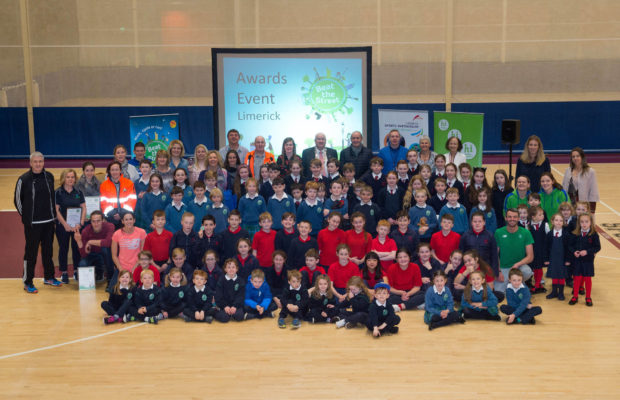 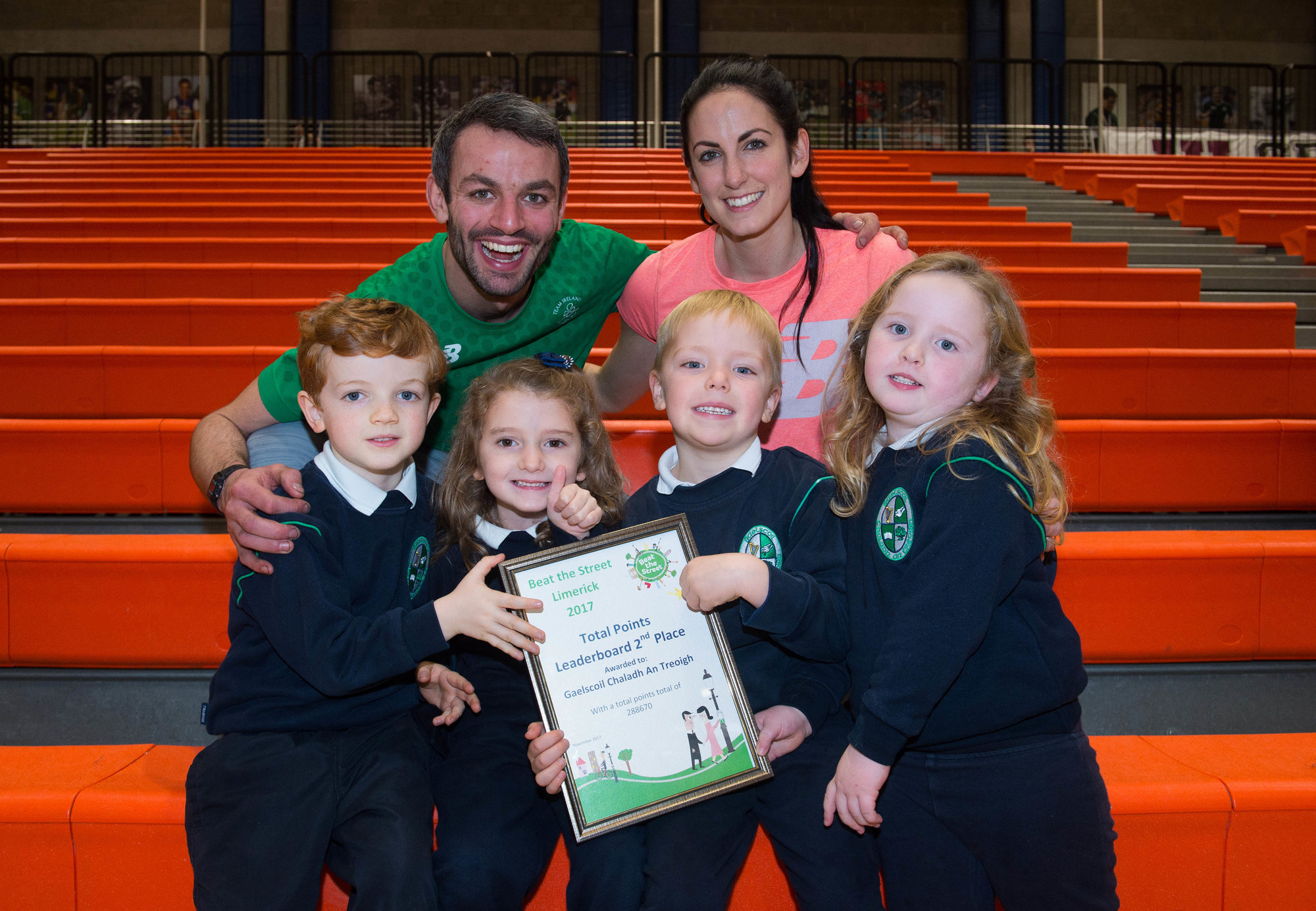 Over the past seven weeks, Limerick has become a hub of physical activity with Beat the Street transforming the city into a giant walking, running and cycling game – residents racing around the city tapping special Beat Boxes on lampposts has become a familiar sight across Limerick.

More than 14,000 residents took part in the active travel competition and travelled 168,981 kilometres. Local schools and organisations created teams and competed against each other to see who could travel the furthest to win some fantastic prizes.

At a celebration event at University of Limerick Sports Arena on Monday 20 November, representatives from the winning teams picked up their prizes and celebrated the end of the seven-week game.

The team that travelled the furthest was St Brigid’s National School who received 500 Euros for travelling 22,000 kilometres.

Meanwhile, Gaelscoil Chaladh An Treoigh and An Mhodh Scoil came in second and third place and received 250 and 100 Euros respectively. The Street Striders topped the highest average points per player leaderboard while ‘The Second Best is the First Loser’ walking group came in second, and St John’s Hospital in third place. 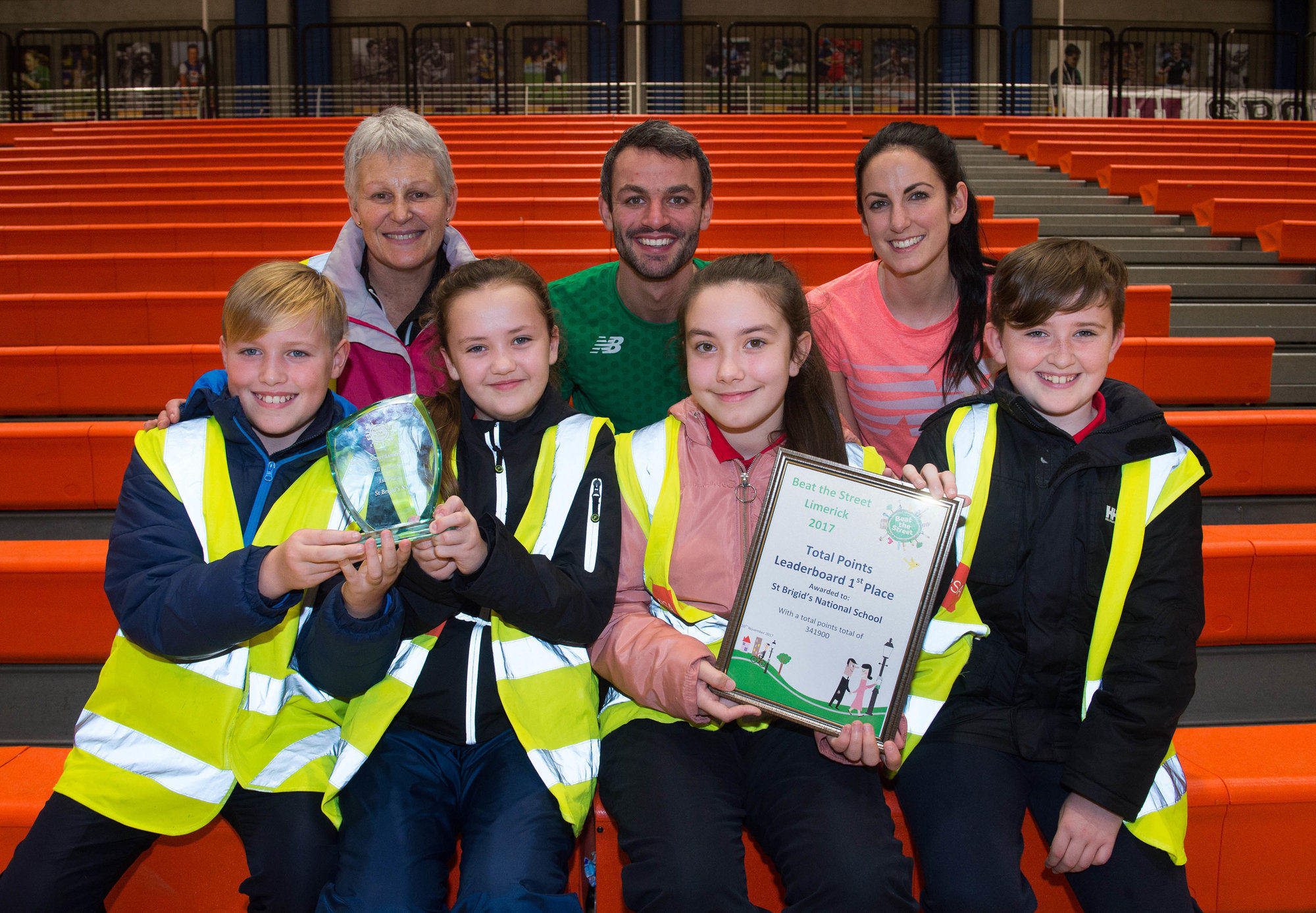 In addition to the team prizes, Limerick was challenged to walk run and cycle 104,000 miles over the course of the seven-week game to raise up to 900 Euros to Limerick Suicide Watch. With the target smashed in just five weeks, all 14,000 players have helped Limerick Suicide Watch continue their work where 50 volunteers carry out foot and bike patrols four nights a week on the city’s bridges along the riverside.

“The competition has been very much the talk of the city for the past few weeks and we’ve heard from many people who say they will miss the Beat Boxes. However, if you’ve enjoyed Beat the Street, please keep up the great work and continue to build on the great foundations that you’ve made for your health. We hope you’ve enjoyed it!”

To find out more about Beat The Street Limerick click here

To find out more about Intelligent Health click here