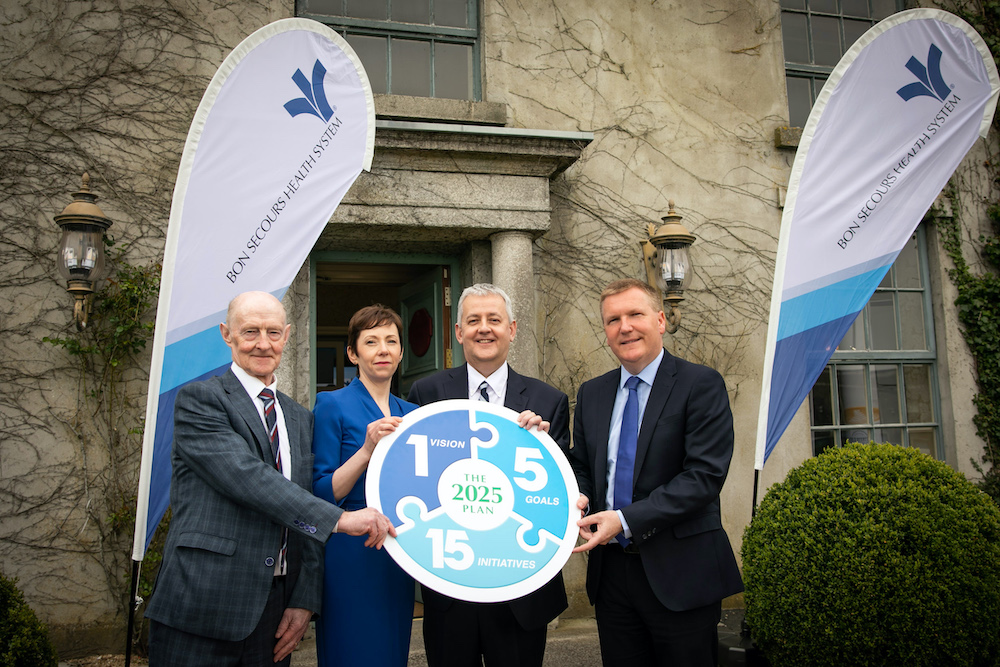 Part of a €300 million investment, the strategy will see Bon Secours Health System expand its national footprint further, creating 250 new positions in a new hospital in Limerick, 80 in Bon Secours Cork, 80 in its Dublin hospital, with the remainder spread across its facilities in Tralee and Galway.

The announcement was made at the Bon Secours Health System Conference in Killashee House, Naas, where staff and invited guests gathered to mark the launch of the hospital group’s new strategy, “Resilience, Reliability and Readiness – The 2025 Plan.” Attendees were addressed by Minister for Public Expenditure and Reform, Michael McGrath TD and the conference also heard from an array of healthcare thought leaders, professionals and wider sectoral stakeholders.

Speaking at the conference, Minister for Public Expenditure and Reform, Michael McGrath, said: “Resilience, reliability and readiness, the theme of today’s conference, are very much characteristics that have embodied Ireland’s response to the pandemic challenges we have faced over the last few years.  As we move into a period now tinged with optimism and hope, it is extremely encouraging to see Bon Secours Health System’s ambition for its healthcare services in Ireland at a time when the demand for innovative healthcare in our population continues to grow.  Its expanding services will greatly benefit patients across Bon Secours Health System’s growing national catchment, and I welcome these new jobs as part of its bold new strategy and ongoing commitment to technologically-advanced medical care in Ireland.”

Bon Secours Health System Group Chief Executive, Bill Maher, added: “The last few years have been marked by significant growth in our services but we are determined to continue to be dynamic and expand our offering further.  Our new strategy to 2025 features a €300 million investment built on the foundation of the excellence of our healthcare professionals and our commitment to continue to provide the highest quality medical services and latest healthcare technologies. We aim to deliver on our strategic goals of Exceptional People delivering Exceptional Care and Operational Excellence achieving Sustainable Growth whilst Living our Mission, and I am very pleased that Minister McGrath could join us on such a landmark day.”

The hospital group is also currently in the midst of developing a new 150-bed medical facility in Limerick City, which will be the single-biggest investment in medical care in that county and will greatly expand on the number of services currently offered to patients in the mid-west resulting in the creation of 250 Bon Secours Limerick jobs.

BSHS has purchased a 7-acre site at Ballysimon to the east of Limerick City, adjacent to financial services company Northern Trust’s facilities at City East Plaza. Located at a key transport artery into Limerick, one kilometre from Junction 29 and the M7 Motorway, the site was selected for its ease of access for people traveling from other parts of the Mid-West and Midlands.

The investment will be the single-biggest in medical care in Limerick and addresses a significant gap in medical services, with Limerick and the Mid-West being the only city and region in Ireland with no full-service private hospital.

Related Topics:Bon Secours
Up Next

LMHA launches Hello Limerick How are you?