By Richard Lynch on April 5, 2016@richanthon 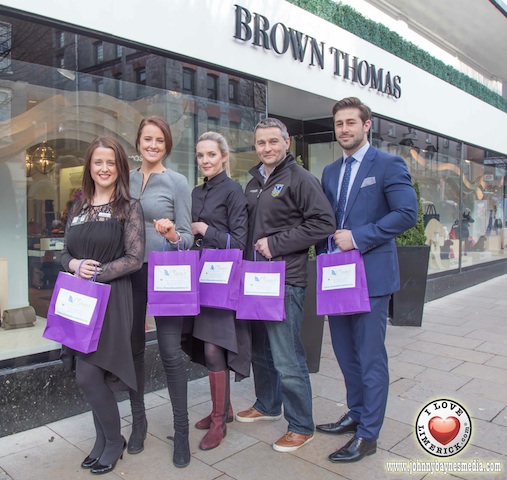 Brown Thomas Limerick has voted Cliona’s Foundation as one of their chosen charities who will benefit from numerous staff fundraisers through-out 2016, and of course the Christmas gift wrapping in December. Cliona’s Foundation ambassador TJ Ryan says “it’s the support from local businesses like Brown Thomas that essentially keeps the foundation going; it’s always great to see Limerick people supporting each other.”

It has been a busy year so far for Cliona’s Foundation. In January the Limerick based children’s charity reached a massive milestone; since its inauguration in 2007 the charity has raised a massive one million euro and have provided financial assistance to 300 families caring for a critically ill child. At any one time in Ireland there are 1400 critically ill children, with 400 being diagnosed each year. Cliona’s Foundation’s aim is to help as many of these families as possible in the coming year, and sincerely thank the staff at Brown Thomas Limerick for voting them as a 2016 beneficiary “we were thrilled when we heard we were chosen, the staff are very kind to think of us. We’re looking forward to the year ahead and building a relationship with the BT team” says Terry Ring, Co-Founder of Clionas Foundation. 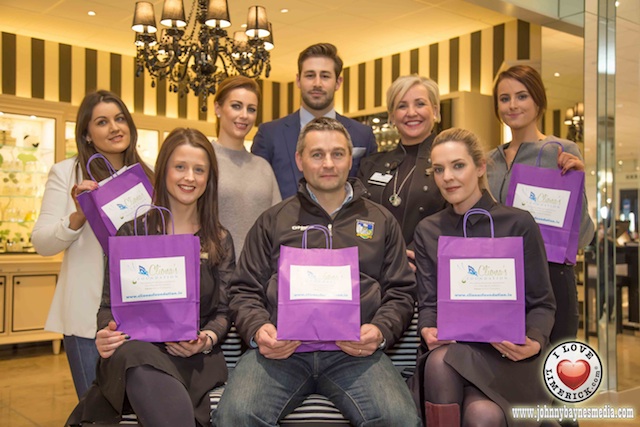 The ideology behind Clionas Foundation is to help families cope and soften their heart breaking journey, by uniquely providing financial assistance to families, who have exhausted all other resources. Clionas Foundation believes that no family should have to face any added financial stress when they are already struggling to cope with the devastation and trauma of a seriously ill child.

Clionas Foundation has had an amazing year with regards fundraising as they have already raised €1 million since beginning the foundation nine years ago. They celebrated the amazing achievement in January at Bulgaden castle with Keith Duffy of the Keith Duffy Foundation. Brendan discussed the continued struggles of parents with ill children, “we realise from our own experience the expense of traveling into a hospital on a continual basis, it’s paying for the simple things like a newspaper or lunch.

In addition to raising this phenomenal amount of money, Brendan and Terry Ring hosted the Sparkle and Shine Ball in the Limerick Strand Hotel. The Sparkle & Shine Ball was in con junction with the Keith Duffy Foundation was an outstanding night  which saw approx 340 people including a number of celebrities come out in force and amazing style to very generously  support  three superb charities  – Midwest Cancer Foundation , The Symptomatic Breast Unit in the University Hospital Limerick, and Clionas Foundation.

Clionas Foundation is an amazing charity that has achieved outstanding goals and will continue to in years to come!