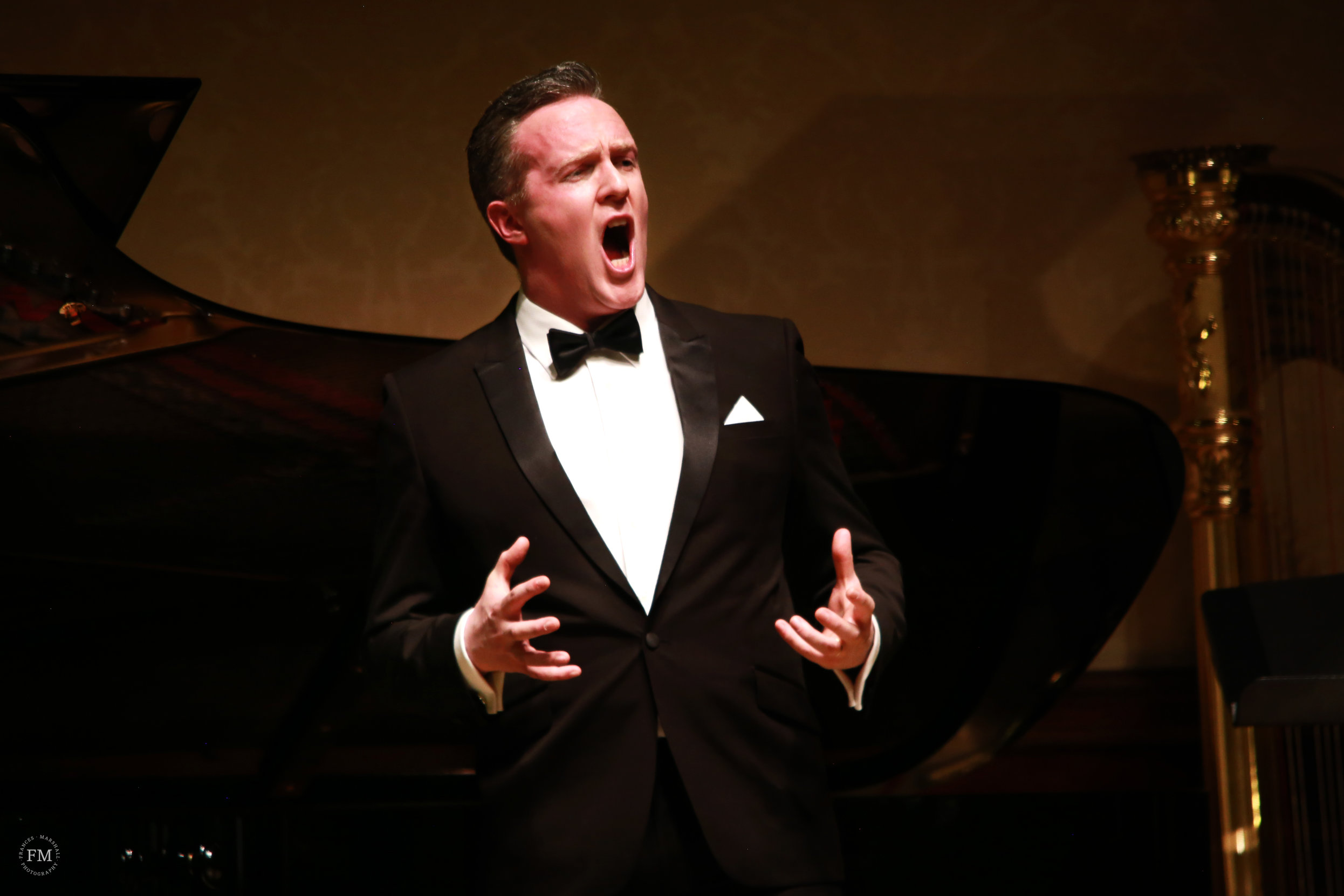 Castleconnell Autumn Concert Series returns for another performance. One of the Ireland’s best-known voices, internationally renowned Gavan Ring will get the concert series underway on the opening night of this year’s programme on Tuesday 28 August.

Musical lovers are in for a treat this autumn as the Castleconnell Autumn Concert Series returns for another performance.

One of Ireland’s best-known voices, internationally renowned Gavan Ring will get the concert series underway on the opening night of this year’s programme on Tuesday 28 August.

The Kerry-born baritone has achieved widespread acclaim in the UK and Europe for roles in opera, oratorio and recital.

Also performing is award-winning Concert Pianist Santa Ignace, who originally from Latvia but has been living and performing in Ireland for more than 10 years. Her new ambition – to develop her conducting skills has already brought Santa to Russia, where she had her conducting debut with the Symphony Orchestra of St Petersburg.

Castleconnell Autumn Concert Series returns for another performance. Pianist Santa Ignace will present a concert programme of some of the very finest Irish art song.

The duo will present a concert programme of some of the very finest Irish art song through the ages including works by Hamilton Harty, Charles Villiers Stanford, Ina Boyle and Seóirse Bodley.

The concert takes place on Tuesday 28 August in All Saints Church in Castleconnell and starts the 13th edition of the Castleconnell Autumn Concert Series.

Sheila Deegan, Culture and Arts Officer with Limerick City and County Council said: “As always we have a wonderful programme of music for this year’s series, which is now in its 13th year.  A fantastic achievement for all those involved.  The Castleconnell Series has grown and matured over the years and this is evident in the range of performers and programmes on offer.”

“The beautiful All Saints Church in Castleconnell is once again the venue for the four-concert series.  The aim in presenting these concerts is to give the people of Limerick the opportunity to enjoy live classical music, performed by highly skilled musicians at a wonderful venue that is both intimate and local.”

The other concerts in the series are:

On Tuesday 25 September Victoria Massey (Mezzo Soprano) and Pádhraic Ó Cuinneagáin (Piano) presents ‘From page boy to seductress’, which explores the diversity of the operatic Mezzo Soprano during the programme for the evening.

Tuesday 16 October Music Network presents Amatis Piano Trio. The three players combine to create a gloriously balanced sound, the sensitivity of Dutch/ Chinese pianist Mengjie Han a wonderful counterpoint to the exuberant energy of British cellist Samuel Shepherd and the delicate precision of German violinist Lea Hausmann. It promises to be always lyrical and often surprising, so catch this trio while you can!

The final concert on Tuesday 27 November music lovers will delight in seeing Hugh Tinney as he performs a programme, devised for his 60th Birthday all-Ireland tour.  It brings together core piano composers – Beethoven, Chopin and Schubert – and two outstanding present-day composers, Belfast-born Ian Wilson and the celebrated British composer Thomas Adès. The programme’s balance of “old and new” is united by a strong thread of human emotion in the face of life’s joys and sorrows.

Liz Nolan said: “It’s a great pleasure to welcome you to the Castleconnell Music Series 2018, and another season of exceptional recital performance. As the Series continues to grow in scope and reputation, it attracts leading performers on the Irish and international stage, and we’re delighted to present a selection of superb artists.”

Ticket details for the Castleconnell 2018 Autumn Concerts Series programme at the All Saints’ Church (Tickets €15 available at the door prior to each performance, €10 concession).

The Castleconnell Autumn Concert Series is a Limerick City and County Council Culture and Arts Department initiative in collaboration with the Castleconnell Concert committee.