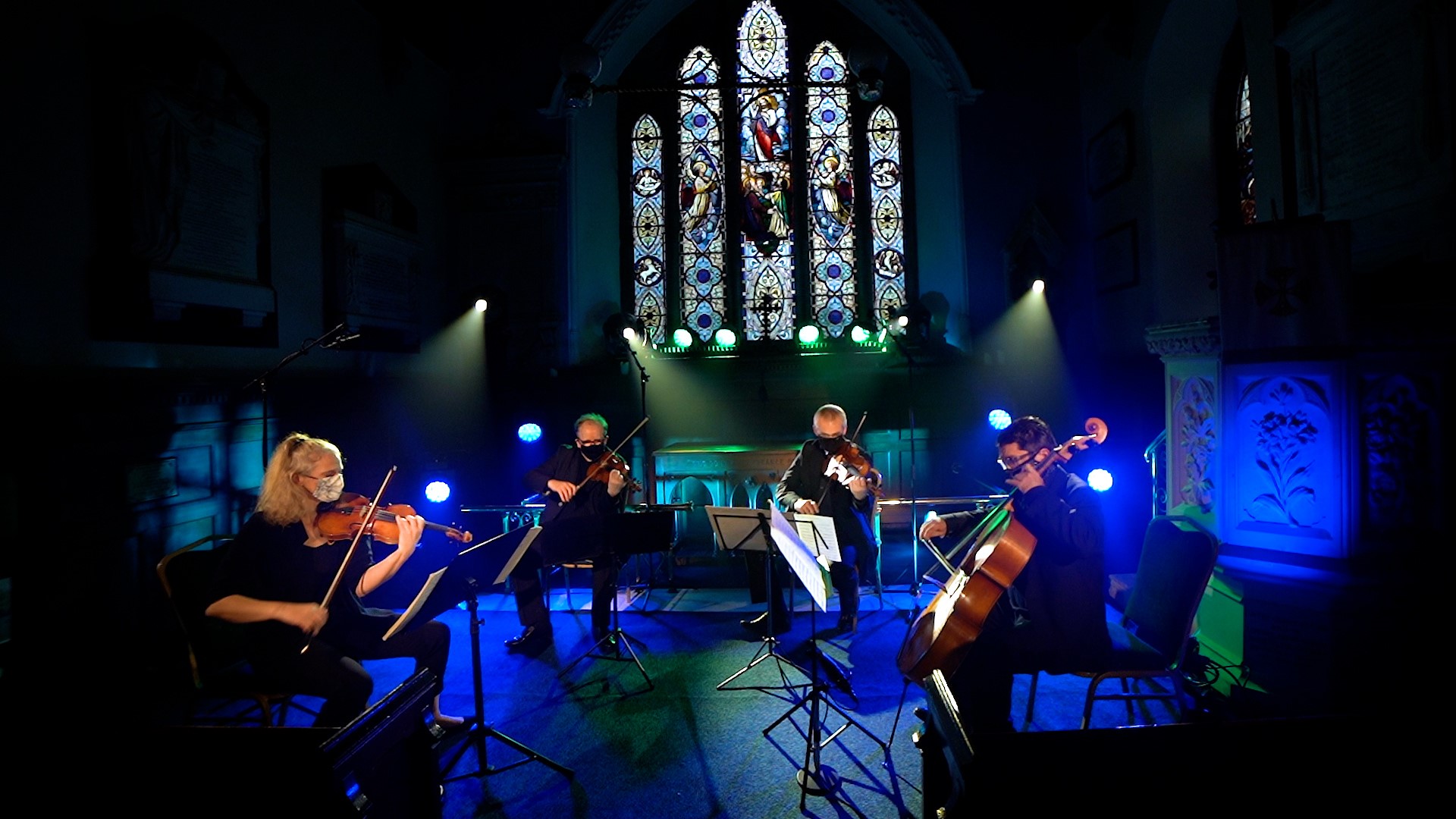 Castleconnell Concert Series concludes this month with the Esposito Quartet broadcasting from All Saints Church, Castleconnell

The Esposito Quartet comprises of four distinguished musicians with a combined wealth of experience as recital artists, orchestral leaders, and teachers.

The Castleconnell series of online concerts concludes this month with the Esposito Quartet broadcasting from All Saints Church, Castleconnell on Tuesday, 12th January next at 8 pm.

The Esposito Quartet comprises of four distinguished musicians with a combined wealth of experience as recital artists, orchestral leaders, and teachers. They have been playing as a quartet since 2010 and their national tour forms part of the National String Quartet Foundation’s Beethoven 250 celebrations.

The series is presented by Limerick City and County Council Culture and Arts Office in partnership with Love Castleconnell.

The council would like to acknowledge the financial support of the Arts Council in programming the series and Creative Ireland in making the concert series recording possible. The concert is presented by Liz Nolan from Lyric FM.

The Quartet’s name honours Michele Esposito, pianist, and composer, who for forty years from 1888 was the initiator for much of the chamber music making in Dublin through the establishment of The Royal Dublin Society concert series.

Mia Cooper: The Quartet consists of Mia Cooper, leader of the RTE Concert Orchestra. She previously held principal positions with the Royal Philharmonic Orchestra and City of London Sinfonia, and has appeared as guest leader of many of the UK’s symphony orchestras. Equally at home as a chamber musician, Mia has participated in chamber music festivals, in Ireland, the UK, France, India, and Lithuania. Mia studied with renowned pedagogue Yossi Zivoni at the Royal Northern College of Music and continued her training at the Paris Conservatoire.  She teaches violin at the Royal Irish Academy of Music.

Anna Cashell: Outside of her work with the Esposito quartet Anna Cashell, violin, performs regularly with her husband the pianist Simon Watterton and is a member of the Adderbury Ensemble and the Irish Chamber Orchestra. With the ICO she has performed in Heidelberg, the Wiener Konzerthaus, Würzberg, Rheingau the Lincoln Center, and the Konzerthaus in Berlin.

Joachim Roewer: Born in East Germany, Joachim Roewer, viola, graduated from the Hochschule für Musik “Franz Liszt” Weimar and the Orchesterakademie of the Berlin Philharmonic Orchestra.  In 1994 he moved to Ireland to become principal viola with the Irish Chamber Orchestra, a position which he has held ever since.  He has also worked as principal viola with the National Symphony Orchestra of Ireland and Camerata Ireland.  On numerous occasions, he appeared as soloist with the Irish Chamber Orchestra, recently alongside Anthony Marwood in Mozart’s Sinfonia Concertante.

Joachim Roewer is a passionate teacher and a busy chamber music player. Joachim teaches viola and chamber music at the Cork School of Music and the MA course for classical string performance at the World Academy at the University of Limerick.

William Butt: The celloist enjoys a busy career as a soloist, chamber musician, and is a professor of cello at the Royal Irish Academy of Music in Dublin. On the concert platform, he has performed extensively throughout Ireland, the UK, Europe, and the Far East.

The  Esposito Quartet will be playing Beethoven’s Quartet in A minor Op.132 and Quartet in E minor Op.59 No.2

This concert will be available from Tuesday 12th January at 8 pm on Limerick.ie HERE

Related Topics:CastleconnellEsposito Quartet
Up Next