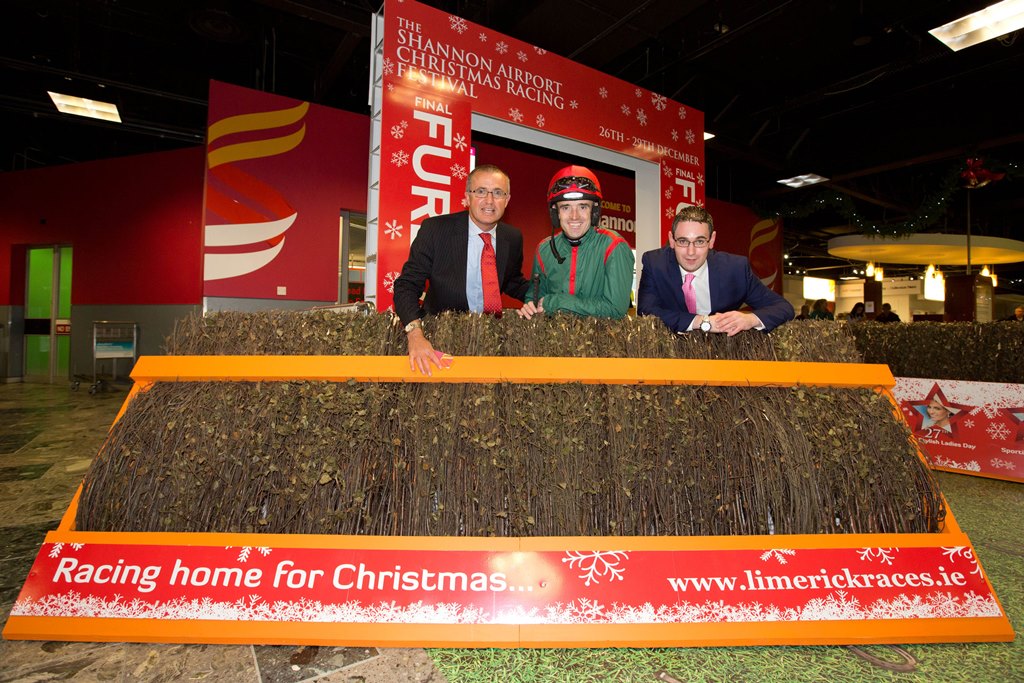 Jockey Ruby Walsh at the launch of the Shannon Airport Christmas racing festival that runs from the 26th to 29th of December at Limerick Racecourse, Greenmount Park.

Champion jockey Ruby Walsh has given his support to Shannon Airport’s sponsorship of the Christmas festival, describing the partnership as a real coup for Limerick Racecourse.

The nine times Irish champion jockey jumped on board to give his support to Shannon Airport for sponsorship of the Christmas festival describing the partnership as a real coup for Limerick Racecourse.

Shannon Airport CEO Neil Pakey said that the decision to sponsor the Christmas Festival at Limerick Racecourse was made easy by the festival’s great reputation. “We are delighted to come on board as title sponsor for the festival this year. It’s a festival that everyone with an interest in racing in Munster and beyond looks forward to over the Christmas. It attracts huge crowds and hugely exciting racing. Getting this type of recommendation from Ruby Walsh, who we are thrilled to have welcomed here to the airport to launch the festival, says it all about the quality of the event that they have built over the years.”

The 4 Day Shannon Airport Christmas Racing Festival at Limerick Racecourse runs from 26th – 29th December and is synonymous with great National Hunt Racing, a great atmosphere and of course great fun! With live racing action from 12:30pm each day make sure you visit Limerick Racecourse for an excellent day out this festive season.

Check out www.limerickraces.ie for more information.
Or read more about Limerick Racecourse here!