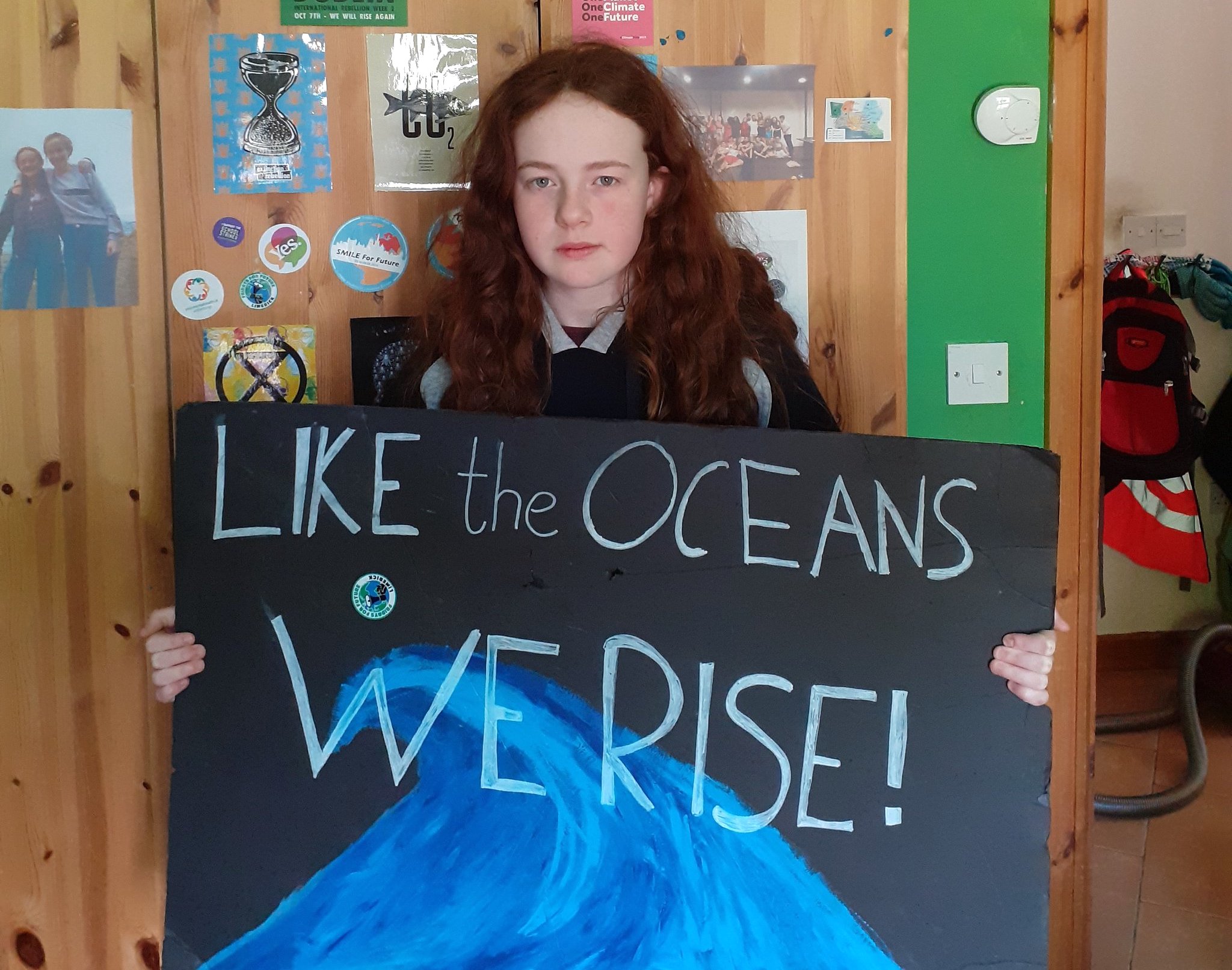 Saoirse has received an award for her work in communicating and acting on climate change. Photo: Sean Curtin True Media

Limerick teenager, Saoirse Exton, has been honoured at the recent Climate Ambassador Awards.

Saoirse is a student from Gaelcholáiste Luimnigh, recently she has received an award for her work in communicating and acting on climate change.

Saoirse Exton is a climate activist and schoolgirl. Saoirse was voted Limerick Person of the Month in 2019 due to her involvement in the Fridays for the Future International Movement. Fridays for the Future (FFF) is an international youth-led movement of school students and others who protest inaction on global warming and climate change by taking time off school every Friday to strike.

Every Friday since March 2019, she has striked, for climate and she has helped set up climate hustlings during the general election earlier this year.

Moving onto the global stage, she is involved with the United Nations World Youth Alliance. The end of the year will be very busy as she has been selected as National Coordinator for COY16, which is the sixteenth Conference of Youth. Remarkably, she will also be a delegate for Mock COP26.

The Climate Ambassador programme is Ireland’s first-ever initiative to train and support individuals acting on climate change. The programme is coordinated by the Environmental Education Unit of An Taisce with support from the Department of Communication, Climate Action, and Environment.

164 citizens from a wide range of backgrounds including secondary school students, teachers, university students, academics, farmers, and business people were all selected to be Climate Ambassadors in 2020. The programme, now in its third year, has gone from strength-to-strength with climate ambassadors gaining key skills and confidence to take action and inspiring others to join them on their journey.

I feel so honoured to have received an award for Outstanding Achievement from @climate_ambass for the actions and communications I have taken on the #ClimateCrisis . (1/2) pic.twitter.com/lL9Ph5N9pZ

Saoirse speaks about Limerick and Climate change, saying, “I think Limerick shaped me in many ways. I’ve done everything here, I played music here, all my friends are here, I go to school here. You know, it’s a big part of me. I value the history and the culture tied in with everyday life in Limerick.”

“I really love the way there’s music wherever you go. People are so friendly in Limerick and people are so supportive; coming to the climate strikes every week or even the big ones as well, people are amazing and they’re always ready to work.”

“I was always a little bit scared of climate change. I suppose I was afraid to accept it. When my mother showed me pictures of the students striking in Australia I realised that young people can actually have power. They can actually have a voice and I was like, well there’s nothing really like this in Limerick and as far as I knew at that point, there was nothing like it in Ireland. So, I decided, ‘You know what, why not do this? Why not strike every Friday?’.”

“Fridays for the Future believes that climate breakdown and the climate crisis is the biggest thing that affects people today and we also believe that governments around the world are not taking enough action. The idea is that young people are saying you’re taking away our future so we’re going to strike from school to get your attention, and it really has worked. People have started to talk about the climate crisis. They’ve started to change, even a little bit, and the governments have started to change, even if it’s not enough in my opinion, they have started.”

“I believe that Limerick can embrace the change and can really act on this now. I think we have a progressive mindset here as well. We just need to put that into action and try to work towards making Limerick the best place it can be.”

Congratulations to this young woman who continues to make a difference for Limerick and the world with her passion for the climate.