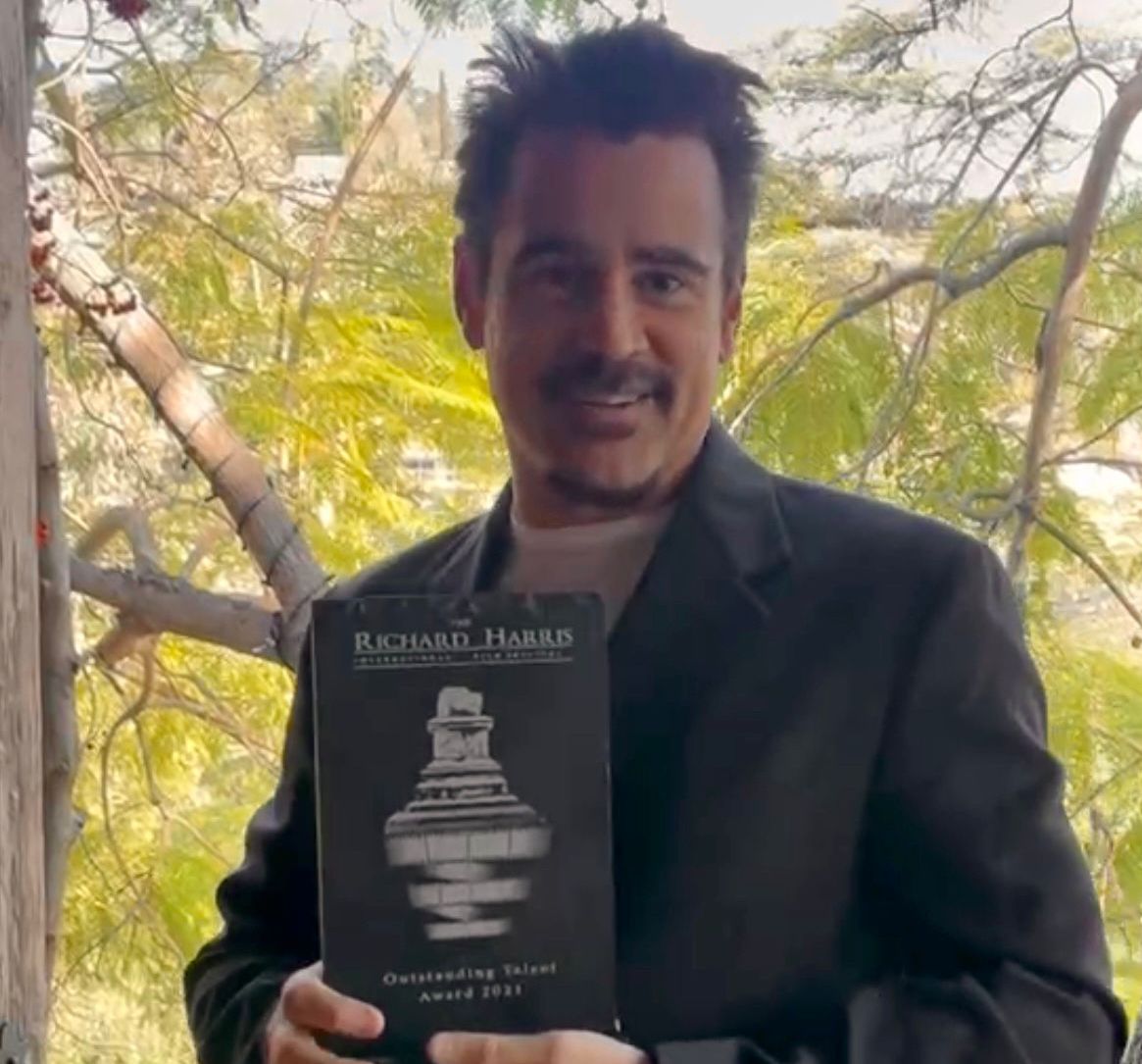 Colin Farrell pictured above with his award.

Festival relaunched in New York as it celebrates its tenth birthday

The Richard Harris International Film Festival is set to return with a bang this year. October 2022 will see the festival, now one of the fixtures of the Limerick cultural calendar, celebrate its tenth birthday in person.

The Richard Harris International Film Festival is one of the fastest-growing film festivals in Europe. The festival was launched in 2013, with a specific aim to encourage the Irish film-making diaspora to show their work in Ireland and to honour Ireland’s first leading man Richard Harris.

Speaking at the launch of the 2022 Global Irish Festival Series in the New York Irish Consulate, Zeb Moore, co-organiser said, “From humble beginnings in 2013, when we screened 10 films, to screening 120 films the last time we met in person in 2019, the festival continues to grow. After a two-year Covid imposed hiatus and virtual shows, we are delighted to be back meeting in person this October and we have special plans in place to celebrate our tenth birthday”.

This year’s programme promises to be a treat for cinephiles of all ages with an eyecatching array of films, along with music, live readings, interviews, podcasts and kid’s activities. The Global Festival Series, incorporating events in Limerick (Including RHIFF and Pig Town), Kerry, Mayo, and Donegal, was launched by the Irish Consul General of New York, Helena Nolan, and Colm Brophy TD, Minister of State for the Diaspora.

Moore also announced that the Virtual Awards Show for the Covid-disrupted 2021 festival will take place, Friday, May 6 at 8pm on RHIFF’s YouTube channel.

The highlight of this show will be a special presentation to the legendary Colin Farrell (The Batman, Tigerland) during the virtual show. Festival chair Rob Gill said “We feel this is an award that Richard would approve, not least because both Richard and Colin were part of the Harry Potter Universe. Since Colin’s breakout role in ‘Tigerland’, up to his brilliant performance in ‘The Batman’, we have followed his career with pride and we are honoured he will accept this award virtually”.

Related Topics:richard harris
Up Next