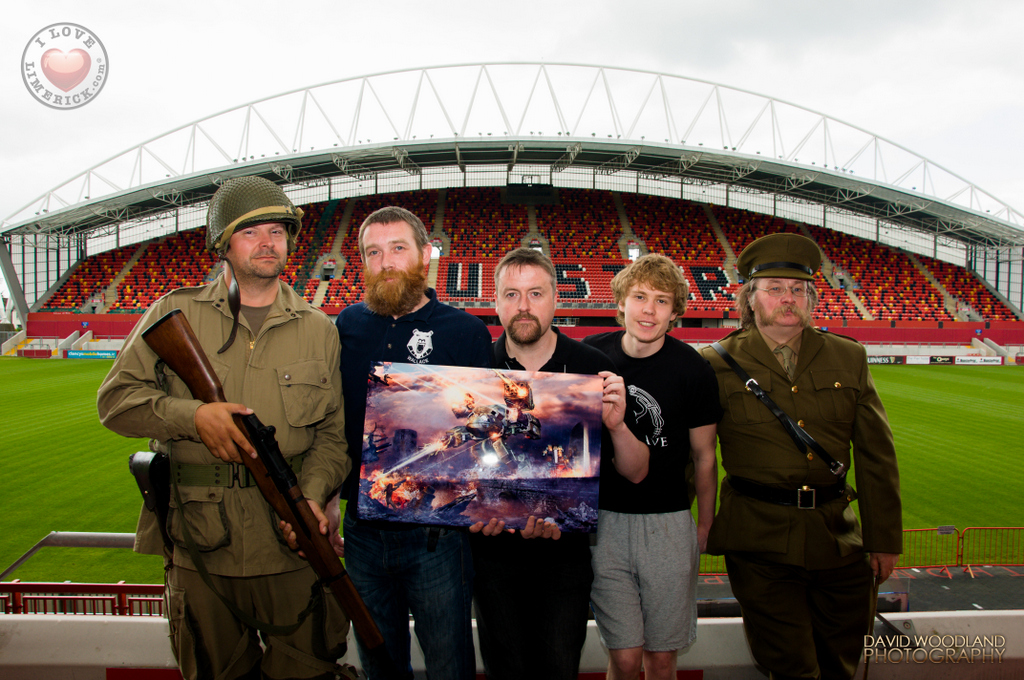 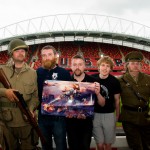 It’s that time of year again and people from all across Europe are expected to gather at Thomond Park from June 21- 22 June to participate in the 16th annual Conclave Games Convention. Participants will compete for National and European gaming titles while the Convention will also feature stands hosted by traders from all over Ireland and some of the world’s biggest games manufacturers, such as Mantic Games, Airfix, Games Workshop and Ironwind Productions.

According to organiser Garry Jackson of The Gathering Games Store in Limerick City: “This year sees gaming groups and gamers from all Ireland, the United Kingdom, South Africa, Poland, Germany, Holland and from throughout Scandinavia coming to attend. The UK-based Mantic Games Company will host the DreadBall Irish Nationals while Martin Sweeney of Scottish-based Catalyst will run the Battletech European Championships. On the collectable card games front, this year sees Magic Irish Nationals, YU-GI-OH Conclave Championship.  The hugely popular Games Workshop Warhammer and Lord of the Rings will also feature.  The Dreadball Nationals and Netrunner Conclave Tournament will be contested.  As well as hosting trade stands and these national and European title events, the Convention will also feature a model painting competition, historical and sci-fi/fantasy games, war-games, collectable card games and role playing games.”

We are proud to announce all board gaming at Conclave will be organized and run by the Limerick Knaves.  The Knaves are a long running boardgaming group situated in Limerick. They organize and run their own very successful boardgaming convention Knavecon in Limerick every year!  The Knaves themselves are a varied group with 500 years of gaming experience between them.  You are sure to find some game that captures your interest. It may be a hoop with a stick, a set of dice or a board with some pieces!

This year’s Conclave Charity Event is the “Flick to Kick” Subbuteo Challenge, with all proceeds going to the Sunshine and Rainbow Children’s Wards at Limerick Regional Hospital.  For newcomers, experience the thrills first hand of a game that predates the digital console age of Playstation & X-Box FIFA.  For veterans, retrieve your favourite team from the attic, loft or garden shed. Dust the cobwebs off the box cover and prepare to relive past glories.

Commenting on the background to the Conclave Convention, Mr. Jackson said: “The Convention began in 1999 as a gathering for various gaming and hobby groups in Limerick to come together and host an event encompasing all hobbies, and inviting anybody to participate. Fom humble beginnings in Halle Ide on Thomas street to this year’s Thomond Park venue, the event has grown over the years, but what has remained constant is the support and involvement of the local community.  The participation of  many local groups, including the Limerick Historical Gaming Society, Limerick Modellers Club, The Knaves Boardgaming Club and The Gathering Gaming Club and the support of local businesses provides a backbone and the convention now includes all ranges of the hobby and games industry including collectable card gaming, miniature wargaming, historical gaming, fantasy and sci-fi roleplaying games boardgames, figure painting and model making.  This year we are delighted to host Conclave at Thomond Park and are looking forward to welcoming anyone who has attended Conclave over the years and anyone interested in attending for the first time.”

For further information on the Conclave Games Convention see Facebook (ConclaveGamingConvention), The Gathering Limerick webpage: http://www.thegatheringlimerick.squarespace.com/ or contact The Gathering Games store at 00353-61315133.